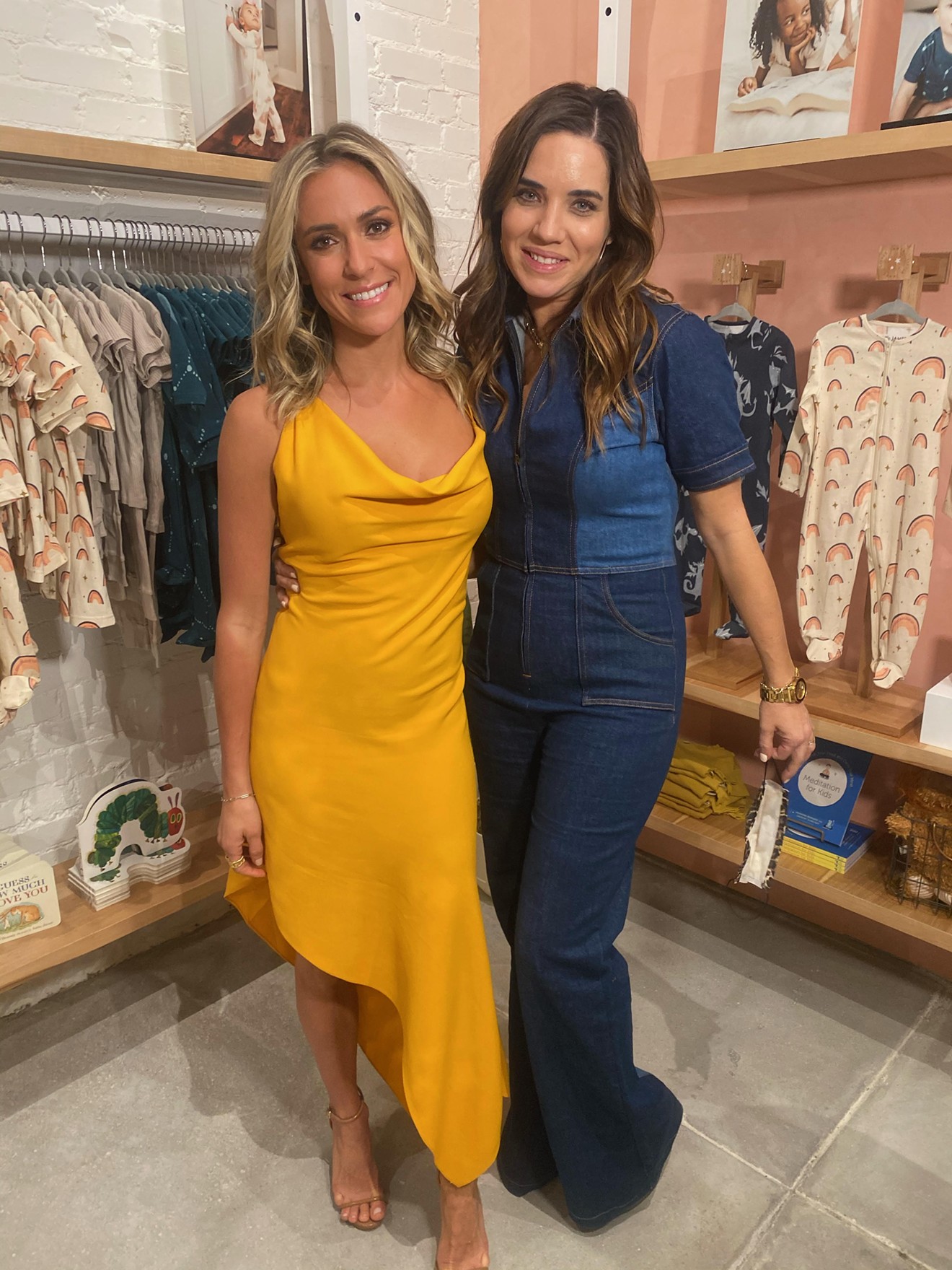 TV personality Kristin Cavallari (left) brought a bit of LA to Deep Ellum this past weekend with the opening of her store Uncommon James. Kylee Kimosh
If you’re one of those people who repeat the new saying “Don’t California my Texas,” then you might want to stay away from Deep Ellum. Kristin Cavallari was in town this past weekend to bring some of her signature Golden State sparkle to Dallas with a new jewelry store in Deep Ellum.
click to enlarge

The Laguna Beach and The Hills star officially opened the third of her Uncommon James stores on Main Street on Saturday with a balloon-filled celebration.
click to enlarge

The reality star chose Deep Ellum because it's "cool," she says.
Mike Davello

The shop carries housewares, baby clothing and Cavallari’s own brand of jewelry, a line of necklaces and earrings that range from dainty to in-your-face bold. It's the kind of shop you'd visit right before making a stop at Stirr.
click to enlarge

We caught up with Cavallari ahead of the opening where she told us why she chose Deep Ellum instead of a previously planned Highland Park location — and told us she didn’t want to talk about her exes.

Watch the video below:
KEEP THE DALLAS OBSERVER FREE... Since we started the Dallas Observer, it has been defined as the free, independent voice of Dallas, and we'd like to keep it that way. With local media under siege, it's more important than ever for us to rally support behind funding our local journalism. You can help by participating in our "I Support" program, allowing us to keep offering readers access to our incisive coverage of local news, food and culture with no paywalls.
Make a one-time donation today for as little as $1.