We Warned You About the Dallas Season of Love Is Blind 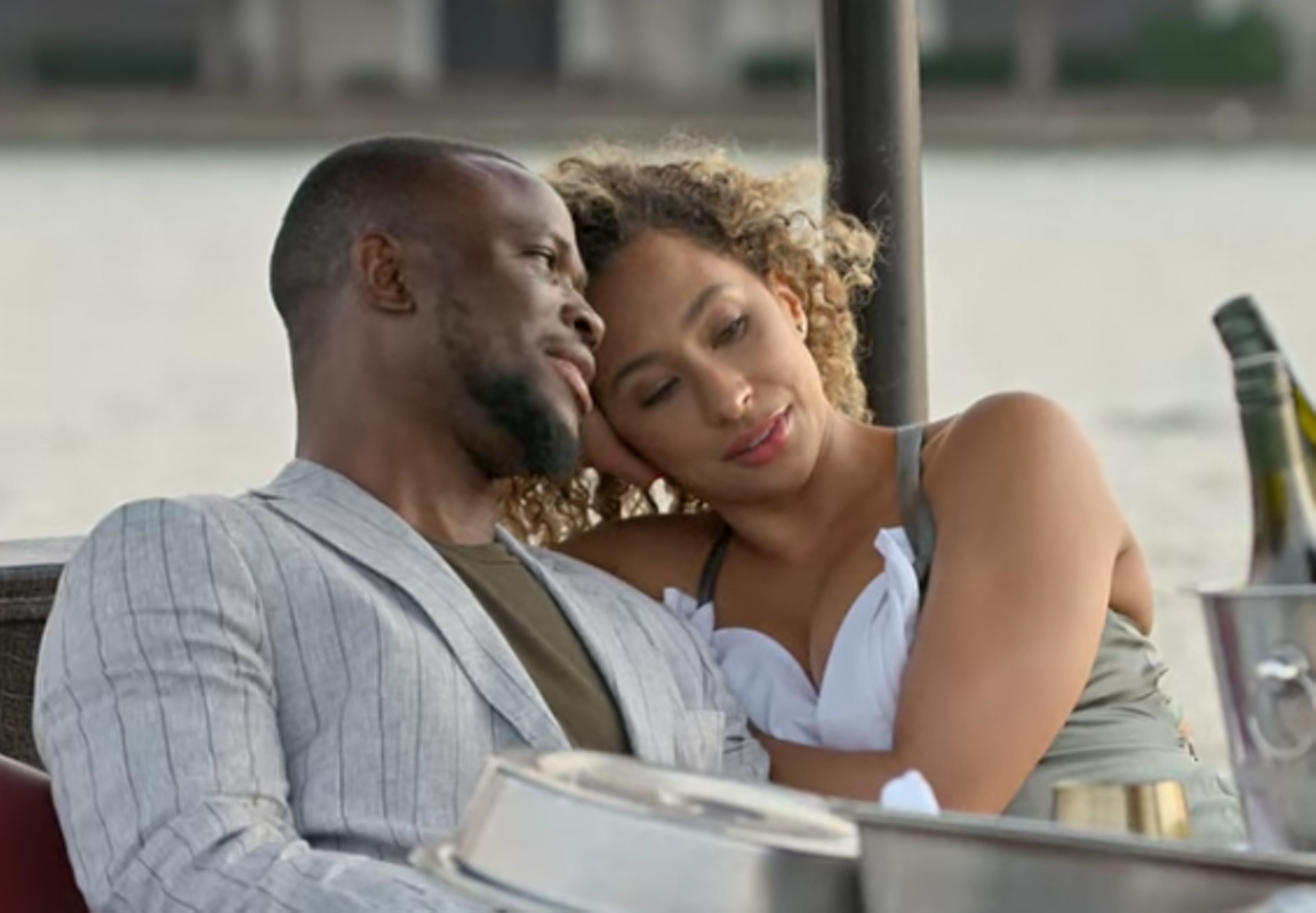 Sikiru "SK" Alagbada, left, and Raven Ross share a happier time during the third season of the Netflix reality series Love is Blind. Courtesy of Netflix
Have dating reality shows ever produced an actual relationship? The end of almost every season of The Bachelor, The Bachelorette, 90 Day Fiancé, Married at First Sight and FBoy Island shows a couple of lovers staring into a sunset at the rest of their lives together. Well, maybe not FBoy Island, but you get the idea.

In reality (no, ACTUAL reality), these people might hate each other as much as we hate them from home.

On Netflix’s Love Is Blind, hosted by Nick and Vanessa Lachey, singles meet, date and get engaged without seeing each other.

This shit fest has gone on for two crap-tastic seasons, and when the show announced its third season would take place in Dallas, we just knew it would be the worst yet.

And, boy, did Dallasites deliver. Viewers were routinely ambushed with the snowballing cycle of insecurity between man-baby Cole and his high-strung fiancée Zanab; the rage of store-brand McConaughey, aka Matt, directed at his people-pleasing ballet dancer fiancée Colleen; and the delusions of Bartise, the dude living out the plot of I’m So Pretty, who magically sees something far better in the mirror than the rest of us see. After proposing to a hottie named Nancy, he was struck by the looks of the woman he turned down, Raven, and described her to his own fiancée as a "smoke show."

One contestant also had the nerve to put in eyedrops and pretend they were tears during an emotional confessional.

We haven’t stopped cringing since it aired.

One couple, rich girl Alexa and the boring, bland Brennan, made it beyond the altar. But there was one couple's story arc that seemed most realistic: Raven and SK's.

Sikiru "SK" Alagbada, whose entire identity seemed to be wrapped up in his Nigerian culture, seemed to respect his fiancée Raven Ross' unemotional nature and appeared far less interested in her Pilates-made body than Nancy’s fiancé did.

Though his well-meaning family dropped a bomb of traditional misogyny in the form of marital advice to the would-be-bride days before the ceremony, she seemed to compromise. She would wear a traditional head wrap, known as a gele, and a white wedding dress of her choosing. He'd continue studying in Los Angeles but pay part of her rent in Dallas. Hey, who can blame her with these rent prices?

And though he turned her down at the altar, SK said it was only a question of timing. At the reunion show which aired in November, the couple said they were still happily dating.

But that seems to have been another illusion created by reality TV. Last week, the pair announced their breakup on Instagram following cheating allegations involving SK. And just when we thought the dispute between Cole and Zanab, "Cuties-Gate," was the worst controversy we'd seen from the show.

"We are saddened to announce that we have decided to go our separate ways," Ross posted on Instagram Stories last week. "Due to on-going (sic) legal proceedings surrounding these allegations, we cannot provide additional details and ask that you please respect our privacy during this hard time."

SK released a statement sometime later on his Instagram page clarifying some of the vague parts of Ross' statement. He says the couple both "went back to dating other people."

"While our journey back together hasn't been straightforward, the unique emotional connection we developed from this experiment kept us together as friends and helped rekindle our relationship after the fact," SK wrote.


Over the last week, allegations surfaced that SK was unfaithful to Ross. Two women posted now-deleted videos on their page claiming they dated SK following his time on the Netflix series, during the period in which he was allegedly dating Ross.

TikTok user @emmawho9 posted on her channel a video of herself that read, "Put a finger down if you went on a date in April with a guy from Hinge and then you see that he's actually on the show Love Is Blind, and that he met you after the show was filmed, but is still with the same girl right now," according to People.

SK wrote the Observer to clarify that there were no legal proceedings pending against him. Later on Instagram, he wrote that he would be filing charges.

"These allegations have been falsely misrepresented with malicious intent to extort and we are actively pursuing legal actions against the accuser," SK wrote. "I am deeply sorry for the pain this has caused Raven, my family and everyone involved. Raven and I will continue to support each other and wish nothing but love."

Attempts were made to reach Ross through her Instagram page.
KEEP THE DALLAS OBSERVER FREE... Since we started the Dallas Observer, it has been defined as the free, independent voice of Dallas, and we'd like to keep it that way. With local media under siege, it's more important than ever for us to rally support behind funding our local journalism. You can help by participating in our "I Support" program, allowing us to keep offering readers access to our incisive coverage of local news, food and culture with no paywalls.
Make a one-time donation today for as little as $1.