The Way We Were: The Best Reality Shows Based in Dallas 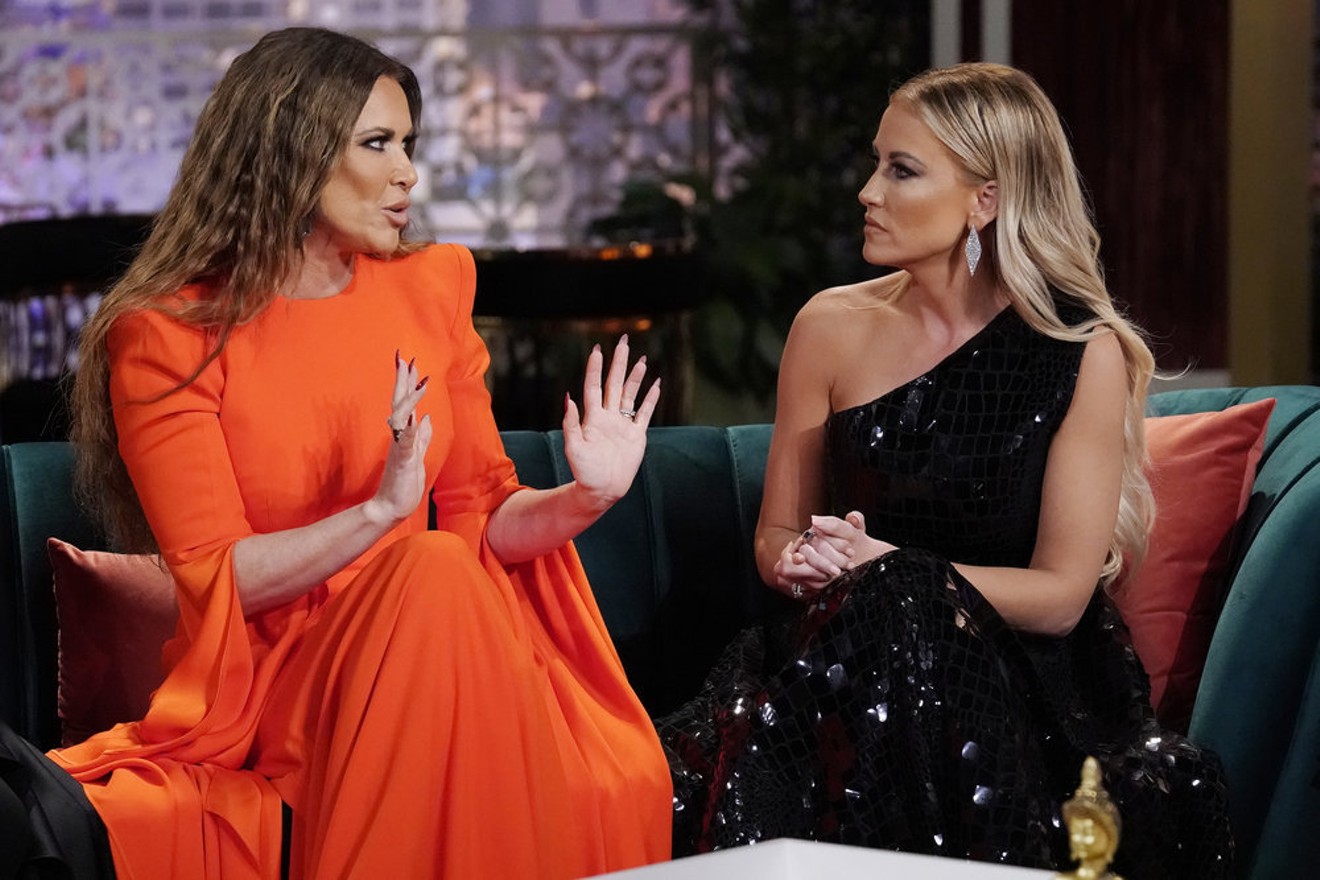 LeeAnne Locken (left) announced she is leaving the franchise reality show The Real Housewives of Dallas. Heidi Gutman / Bravo
While actual reality seems doomed to hell, we are all stuck at home bingeing on reality shows (like that trainwreck Love Is Blind) and true-crime documentaries like Tiger King. But what about shows that take you back specifically to Dallas? You know, that city we used to know and love. Several television series have been filmed in Dallas, many of which are trashy yet entertaining cult classics. Whether you like it classy or trashy, there’s a Dallas-based reality show for you.

Best Funeral Ever
Everything is bigger in Texas ... even funerals? Best Funeral Ever took place at the Golden Gate Funeral Home and documented extravagant, over-the-top funerals carried out by the loved ones of the recently deceased. Notable funeral themes included a breakfast-themed funeral, a horror-themed funeral and a bowling-themed funeral. Such a shame the show was buried after two seasons. But you can watch all of the episodes on Amazon Prime Video.

Big Tips Texas
Dallas is full of breastaurants, but in 2013, Lewisville’s Redneck Heaven was the subject of the MTV reality show Big Tips Texas. The show documented the lives, drama and squabbles of 10 waitresses. Big Tips was canceled after one season, but it remains a favorite among service industry workers and frequenters of Redneck Heaven. You can watch reruns of the show through the MTV app.

Catfish: The TV Show
For some reason, Catfish has managed to go on for eight seasons, and it doesn’t look like it’s going to slow down anytime soon. I mean, seriously? Hasn’t technology evolved to the point that you should know how to reverse Google image search without needing a TV crew to document the fact that your online fiancé looks a bit different from his photo? Anyway, while Catfish may not be entirely Dallas-based, some of the best episodes take place in North Texas, including the story of Frisco native Antoinette, who gets in an online "relationship" with rapper T-Lights. All episodes are available for streaming on Hulu and the MTV app.

Cheaters
Few things provide more pleasure than watching people who deserve to get in trouble actually getting in trouble. The premise of the now-canceled Cheaters consisted of a team of detectives following a suspected adulterer, and the show would climax when the cheater's significant other caught them in the act. Oftentimes, it resulted in a pretty nasty fight. We're pretty sure this show is entirely scripted, but boy do they deserve some Oscars for those catfights. Although you won’t find Cheaters on any of your favorite streaming services, you can order the uncensored DVD box sets on Amazon, which can be delivered to you within a day. Earlier this year, it was announced that Cheaters has plans for a reboot, although it is likely that production is now on hold. We hope all you cheaters are staying safe at home, with or without the threat of cameras.

Most Eligible Dallas
Although Most Eligible Dallas highlighted only the most pretentious, self-important parts of Dallas, watching these people sure makes you feel better about yourself. Watch this “unique” clique of “friends” as they climb Dallas’ social ladder. Sure, the show lasted just eight episodes, but if you literally have nothing better to do, you can watch them all on the Bravo app and pat yourself on the back for not being one of them.

The Naughty Kitchen with Chef Blythe Beck
If you really want to feel like you’re in a time warp, The Naughty Kitchen with Chef Blythe Beck will take you right back to 2009. The show documents the lives of restaurant workers in the now-closed Central 214, located in the Hotel Palomar, now known as The Highland. In the show, you’ll catch the drama that takes place both at work and outside of work, plus the pressure of interacting with the Dallas elite. You can’t find any of the series’ eight episodes on any streaming service, but you can watch clips on YouTube. Yes, we know you’re that bored.

The Real Housewives of Dallas
Perhaps the most famous Dallas reality show is The Real Housewives of Dallas. You’ll recognize many famous Dallas landmarks on this show, as you catch the Housewives brunching in West Village or having dinner in The Shops at Legacy. If you live for catty moments and aspire for a life of luxury, this is the show for you. The series is scheduled to begin production of the fifth season soon; you know, as soon as coronavirus allows. Although controversial cast member LeeAnne Locken will no longer be in the cast. You can catch reruns on the Bravo app.
KEEP THE DALLAS OBSERVER FREE... Since we started the Dallas Observer, it has been defined as the free, independent voice of Dallas, and we'd like to keep it that way. With local media under siege, it's more important than ever for us to rally support behind funding our local journalism. You can help by participating in our "I Support" program, allowing us to keep offering readers access to our incisive coverage of local news, food and culture with no paywalls.
Make a one-time donation today for as little as $1.