Boomers and Millennials Aren't That Different When It Comes to One Thing: Weed 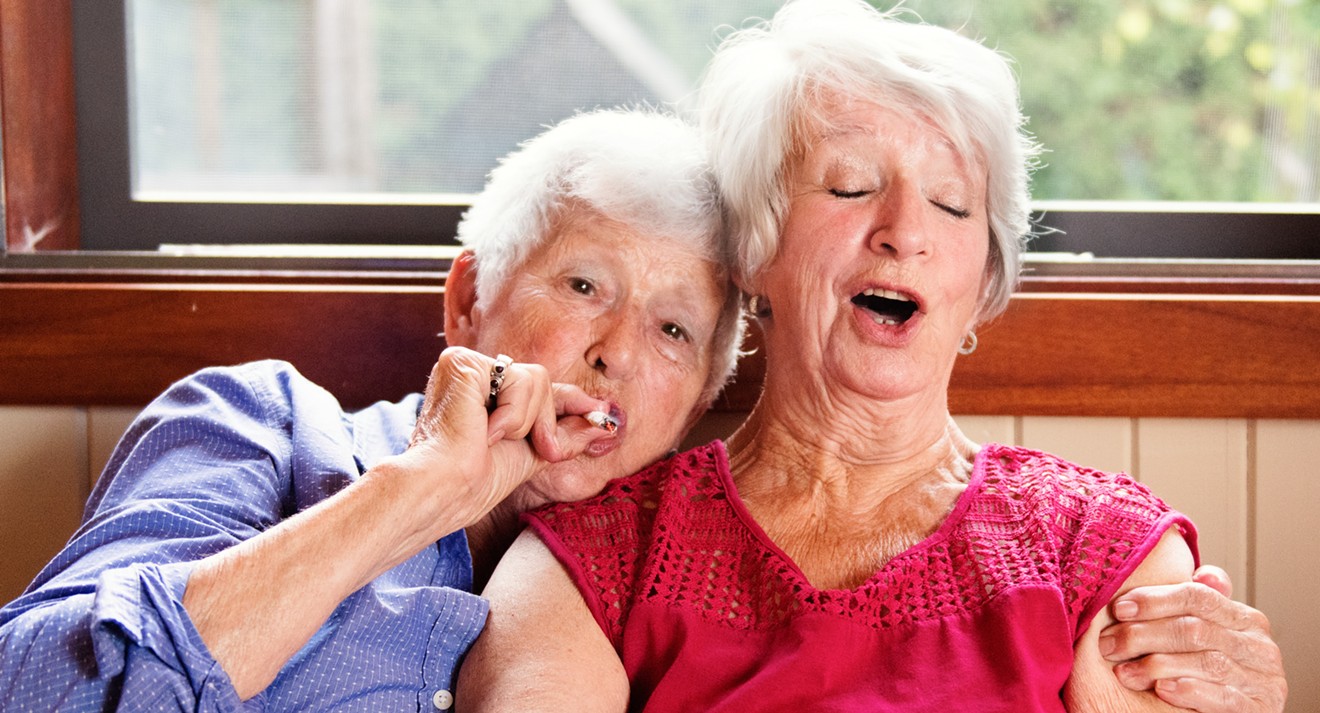 As it turns out, "stoner" overrides labels like "millennial" or "boomer." Manon Allard/Getty
The cultural war, or blame game, between baby boomers and millennials is still going strong. Hundreds of memes and YouTube-aired discussions later, there is not much of anything on which the two generations seem to agree aside from their shared love of avocados. But a new study suggests that both generations love weed, and for similar reasons.

In 2020, Verilife, a cannabis company with a chain of medical marijuana dispensaries located in the Midwest, surveyed 1,000 millennials between the age of 24 to 39 and 1,000 baby boomers between the age of 56 to 74 who consume marijuana on a regular basis to see if there were any similarities or differences between why the two generations choose cannabis.

The participants in the survey reside in states where cannabis that contains high amounts of THC is legal. But business owners in Dallas that sell hemp and CBD products said they see similarities between the survey and their customers as well.

One of the major differences the report showed was that nearly 50% of millennials consumed cannabis solely for recreational reasons and 50% of boomers said they consumed it only for medical reasons. And for those that chose medical reasons in both groups, chronic pain was a Top 2 cause. (Some in each group used cannabis for both reasons: 29% among millennials and 22% for boomers.)

Kirk Edmondson, owner of The Pharm Haus CBD in Richardson, says his patients fit the description of the survey.

“The main difference between [our customers] would be pain and recreation," he says. "The older customers want pain relief; they don’t want to necessarily get high from the medicine. They just want to be comfortable, while the younger customer is looking for a head change. They want to get stoned.”

Millennials and boomers showed similarities in several categories of the survey. For the people in both generations that chose cannabis for recreation, “relaxation” was their top reason for consuming. Another area in the survey where both generations were similar was in the amount of money they were spending on weed every month. On average, millennials said they spend about $78 per month while boomers spend $75, which is an average of $76.50 per month among both generations.

“I’ve had customers, especially older women, who come in and purchase something to smoke or drink with hemp in it first thing in the morning." – Royal Hemps owner Ras Judah


Both generations listed smoking as their top choice for consuming cannabis, with edibles a close second. In 2020, cannabis edibles brought in $1.23 billion across seven state markets, and that demand is creating a wider menu: Now you can find everything from sugar-packed gummies, vegan gummies and gourmet breakfast and dinner meals that will have you high for two days.

“I see similarities in products like edibles because they appeal to both crowds," Edmonson says. "I’m seeing more older customers who are taking edibles at the end of the day to relax or sleep.”

One part of the survey that the two generations could not agree on was when was the best time to consume. It was surprising that more than twice as many boomers preferred to wake and bake than millennials did, even though millennials were likely to smoke more weed throughout the day.

Ras Judah, owner of Royal Hemps in Dallas, says his older patients have told him they like to consume early because it tends to have a better impact on their day.

“I’ve had customers, especially older women, who come in and purchase something to smoke or drink with hemp in it first thing in the morning,” Judah says. “They love pre-rolls because they can just grab them and go. And for the older crowd that is looking for that extra pain relief, they grab our delta-8 THC coconut oil to add into their tea or smoothie in the morning before work or when they go run their errands.”

Another key similarity in the survey was that both generations strongly believe that the cannabis plant has medicinal benefits. Ninety-two % of millennials and 89 % of boomers reported a belief in the plant's benefits and over 60 % of both generations said they would prefer cannabis over a prescription drug to relieve pain if given an option.

Lastly, millennials said they would out-smoke boomers. One in every five millennials reported they smoked weed every day as opposed to just 12 % of boomers who reported the same.
KEEP THE DALLAS OBSERVER FREE... Since we started the Dallas Observer, it has been defined as the free, independent voice of Dallas, and we'd like to keep it that way. With local media under siege, it's more important than ever for us to rally support behind funding our local journalism. You can help by participating in our "I Support" program, allowing us to keep offering readers access to our incisive coverage of local news, food and culture with no paywalls.
Make a one-time donation today for as little as $1.