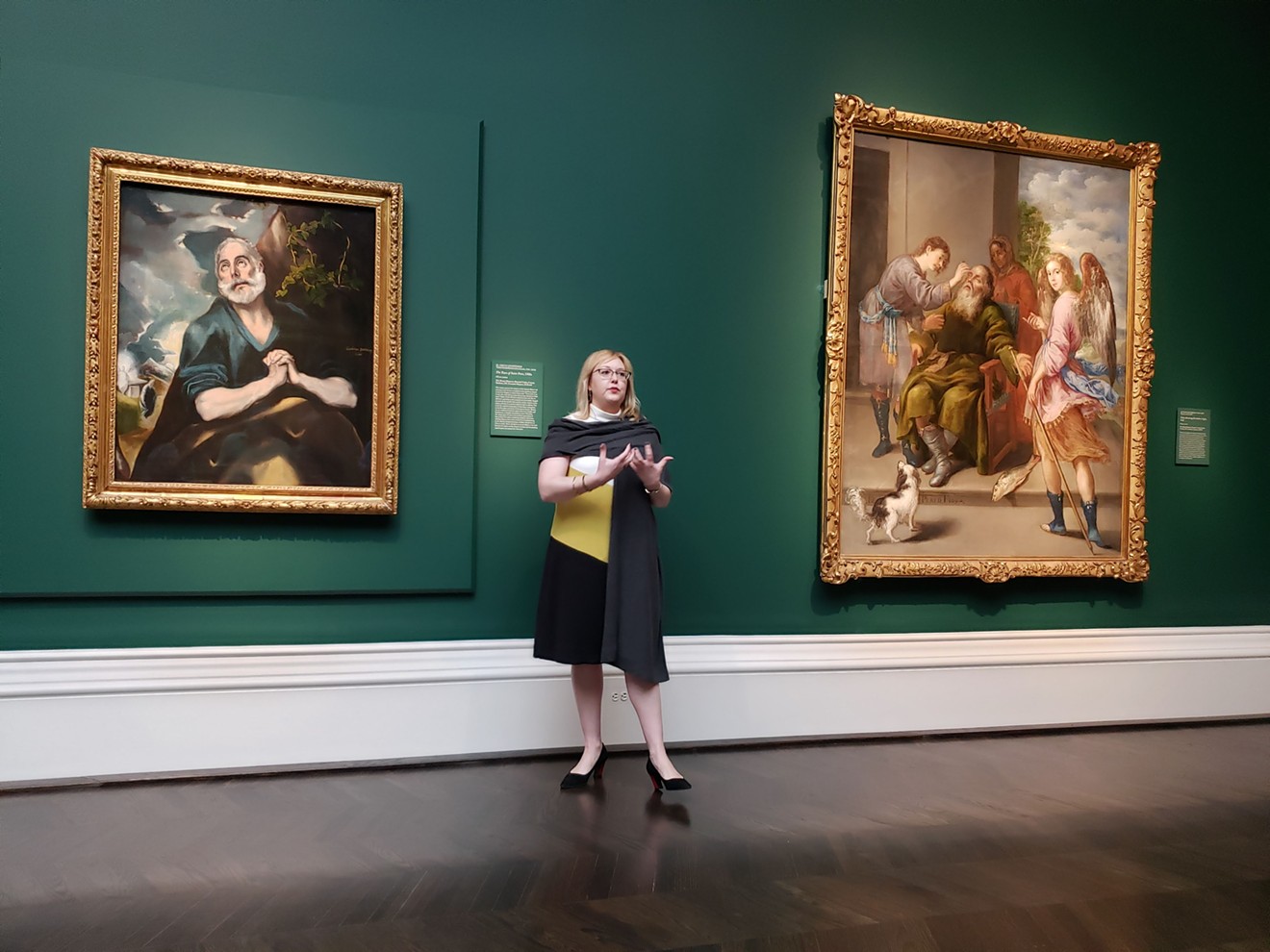 Ana Astri-O'Reilly
What do a historic market town in the northeast of England and the city of Dallas have in common? For one, both share a love for Spanish art, but also, there are some similarities in the stories of the Bowes Museum from Barnard Castle and the Meadows Museum from Dallas. Both institutions were founded by avid collectors and both were custom-built to house those individual collections.

Adrian Jenkins, director of the Bowes Museum, described John and Joséphine Bowes, its founders, as “an extremely entrepreneurial couple, very business-minded, and their story echoes the story of the Meadows Museum.”

The Bowes and the Meadows joined forces to bring El Greco, Goya and a Taste for Spain: Highlights from the Bowes Collection exhibition to Dallas, which opened on Sept. 15, and will run until Jan. 12 at the Meadows Museum.

The exhibition consists of 11 paintings and was curated by Meadows Museum curator Amanda Dotseth. The collection tells many different stories: One is the historical narrative told by the paintings themselves, which range from the Renaissance (in the 16th century) to the Enlightenment period of the 18th century. Some, like one Goya painting, present social commentary as well.

The second story told by the exhibition is that of the Bowes Museum and how it ties England, France and Spain together. Joséphine Bowes was French, so the museum was built in the French style. She married an English aristocrat and businessman, John Bowes, who acquired these 11 Spanish paintings at an auction in Paris together with his wife.

The third and last story is that of art collecting in the 19th century. The Bowes bought over 70 paintings from the personal collection of the Count of Quinto, a Spanish politician exiled in France. Their French dealer, Benjamin Gogué, acted on their behalf and acquired the works of art from Quinto’s widow. Letters and documents from the Bowes archive illustrate the collecting process, like the catalog for the Quinto collection annotated by John Bowes, and the receipt for the purchase of six paintings in 1864.

The tour starts chronologically with paintings by de Borgoña and Alonso Sánchez Coello, both active in Spain during the Renaissance period in the 16th century. Two of Goya’s paintings from the early 19th century are in the next room.

“Part of the reason I installed these two Goya in this gallery,” Dotseth explained, “is because they are kind of outliers in the way of the rest of the works.” The other works are portraits of saints or nobles or depict biblical scenes. “We see the modernism of Goya’s work here not only in the social commentary but in the touching portrait of a friend,” she added.

Francisco José de Goya y Lucientes (1746-1828) was one of the most important Spanish painters of the late 18th and early 19th centuries. Goya made a series of cabinet paintings, so called because they were small, after he had a stroke. According to curator Dotseth, “Goya painted subjects grounded in reality and enlightenment thought.”

"Prison Scene," painted by the Spanish master in 1793, highlights the grim living conditions of prison inmates in the 18th century. The work captures an atmosphere of utter despair, with prisoners bound in chains.

Goya’s "Portrait of Juan Antonio Meléndez Valdés" is believed to be a portrait painted out of friendship and not for gain. The subject is presented with sobriety and restraint. Meléndez Valdés and Goya were part of the same circles of men who shared the ideals of the Age of Enlightenment. The exhibition also includes works by Goya's contemporaries, like Greek master painter El Greco.

The transportation for an international exhibition is not a simple one. First, a third-party company deals with customs paperwork on the lending institutions’ side. The paintings are fit on special waterproof crates that cost a few thousand dollars. They are then taken to the closest major airport and loaded onto the climate-controlled section of the cargo hold. A courier designated by the lending museum supervises the process from beginning to end and is on the same flight as the artwork. Then, a company receives the paperwork and deals with customs at the other end. And, of course, insurance companies are involved throughout the process.

Even without considering the thought and care that goes into bringing an exhibition of this caliber to a local museum for our pleasure and education, the works stand on their own as a luxurious visual experience.
KEEP THE DALLAS OBSERVER FREE... Since we started the Dallas Observer, it has been defined as the free, independent voice of Dallas, and we'd like to keep it that way. With local media under siege, it's more important than ever for us to rally support behind funding our local journalism. You can help by participating in our "I Support" program, allowing us to keep offering readers access to our incisive coverage of local news, food and culture with no paywalls.
Make a one-time donation today for as little as $1.