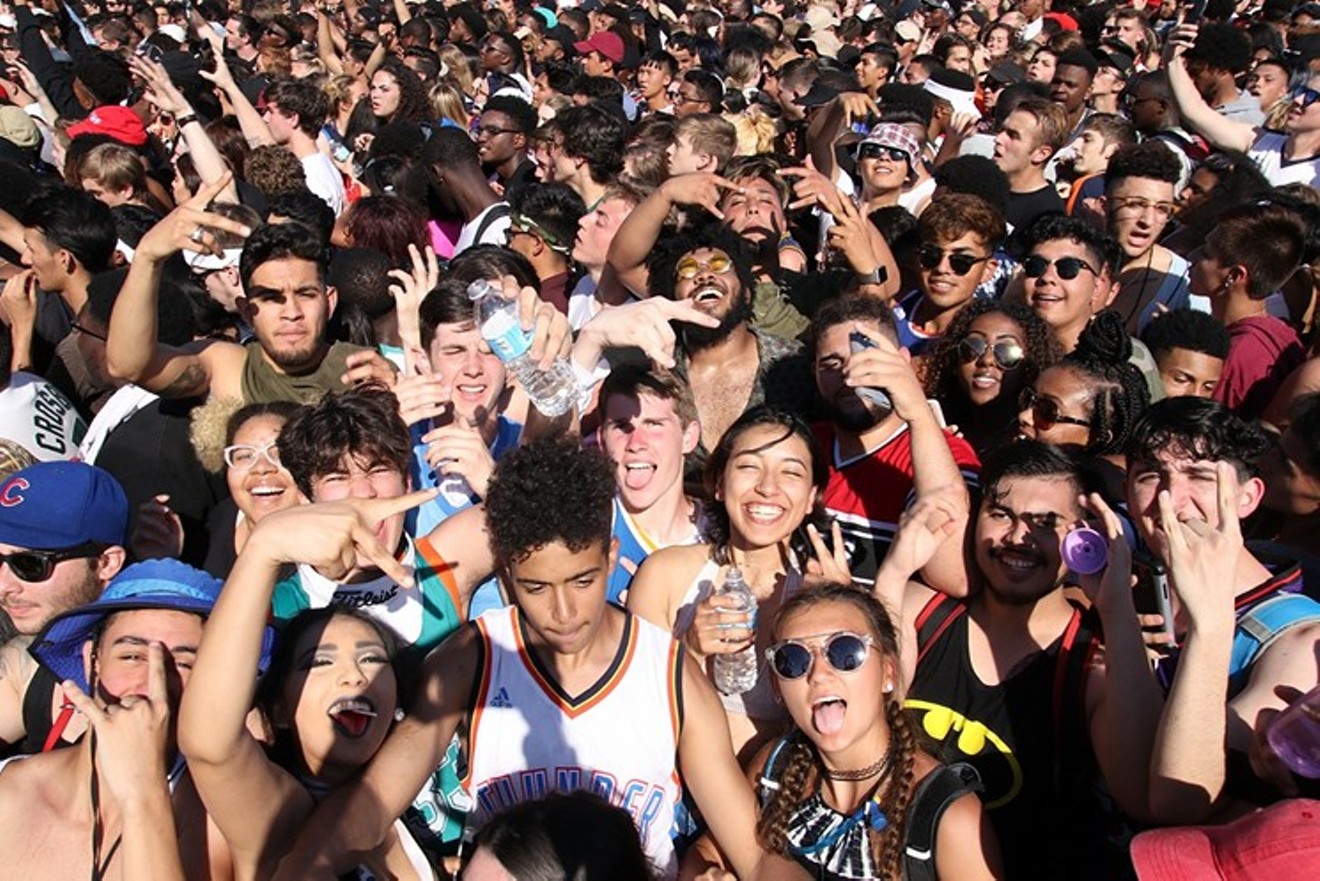 We have some great new local artists for your playlists. Roderick Pullum
There are so many talented new artists in North Texas that it's hard to keep up with them all. Every year, new artists emerge from the deep underground, whether at open mic events or free performances at their friends' low-budget music festival.

In today’s music industry, talent isn’t enough. Artists are expected to see themselves as business owners and find creative ways to market, promote and get their product to the masses while remaining true to their artistry — or have the means to pay somebody to do it all, and fast, because time waits for no one.

Here are five hip-hop and R&B artists who have been flying under the radar but should rise to the top.

Charles K.
Charles K. has a modern but old-school hip-hop sound, and real hip-hop heads know what we mean. The rapper's core elements of clear, conscious and focused lyrics mesh well with his instrument-heavy beats that contain just a sprinkle of modern trap. His music sounds like a release from an artist on Top Dawg’s T.D.E. label. Charles K.'s upcoming album is a 17-track collection titled IAMWHATIAM, on which he displays his versatility and holds his own with members of DFW's lyrical elite such as Rakim Al-Jabbaar, Jason Lyric and Cush Wit A C. Honey Daii
Honey Daii is an artist who is confident in her skin and her musical space. She has a true and timeless R&B sound that sticks out in a genre that's grown away from its roots. Her music shows a vulnerable yet powerful representation of who she is as a woman without pushing the sexed-up narrative that's so commonly used in the hip-hop and R&B space. In the video for her single “Smoke & Liquor,” an example of her confident vulnerability is on display. She starts off the video by sitting on her kitchen counter in her inside clothes and a silk head scarf, inhaling deeply from a fancy metal chalice over some light drum kicks and an acoustic guitar. Look for her on the bill of an upcoming Vibes Texas event. Jahn Dough
Jahn Dough provides a rare listening experience by combining a dirty-South tone with a West Coast tempo on most records. He released The Garden Project earlier this year after two 2020 releases, Joyride and Obsidian. The Garden Project features some familiar faces such as Lavoyce, Dizzy Wright, M3CCA and Helen Hailu. Dough is a specialist in piecing together a high-quality song that can’t be taken for granted. Graham Malice
Graham Malice won’t let a single genre define the sound of the music he creates. There are those heavy, high-energy rap records on which he's been featured, such as “214 to Your City,” and some others that border on experimental hip-hop. He released a four-song EP with instrumentalist and artist Yellow Jones, which made for an engaging crossover. For some avid Graham Malice listeners, the I RUN FROM LOVE EP could sound like it’s from way out of left field, but he showed a versatility that most rappers wouldn’t dare to try, even if they think it sounds good. Similar to Drake’s Honestly, Nevermind, Graham Malice showed he can make conventional rap tracks but also step outside creatively. And he couldn't care less whether you like it or not. Asia Kyreé
When you see Asia Kyreé, the first comparison that comes to mind is Lil Kim, because her fits are always on point. That could be because she graduated as a fashion major in 2015 before moving to Dallas. But Asia Kyreé is all R&B. Consider her debut project the Bad Guy as an introduction to the artist as an R&B villain, where she speaks her mind and lets you know she'll do exactly what she wants. R&B has always been a passionate, emotional genre, and when R&B artists write their own music, emotions run wild. Asia Kyreé’s Bad Guy lets people take a step into a world where she's living her truths.
KEEP THE DALLAS OBSERVER FREE... Since we started the Dallas Observer, it has been defined as the free, independent voice of Dallas, and we'd like to keep it that way. With local media under siege, it's more important than ever for us to rally support behind funding our local journalism. You can help by participating in our "I Support" program, allowing us to keep offering readers access to our incisive coverage of local news, food and culture with no paywalls.
Make a one-time donation today for as little as $1.