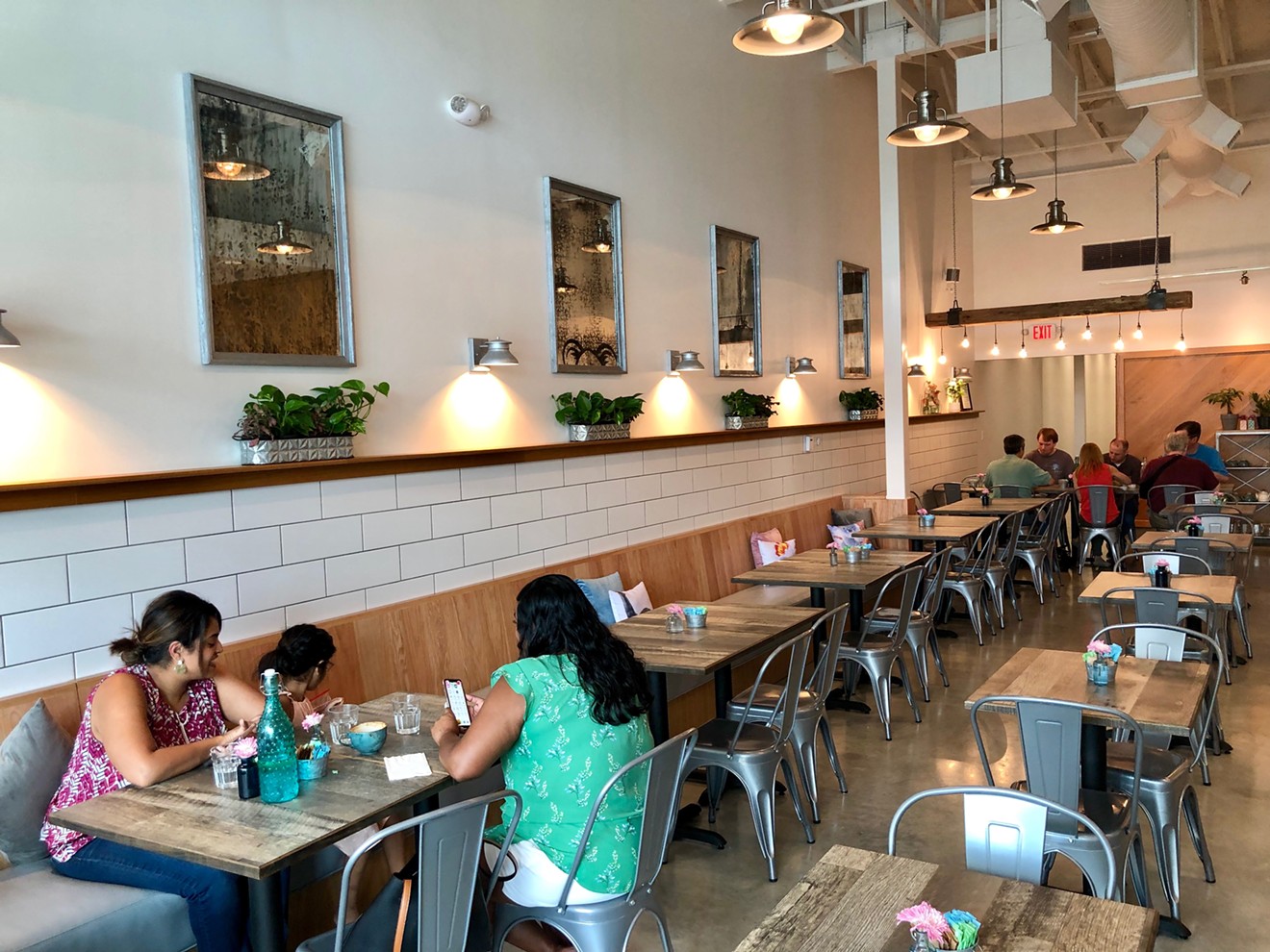 The Montfores moved to Texas from Brisbane in July. Back home, they had owned a similar cafe for more than eight years.

“We were forced to close down in October of last year, which gave us the opportunity to come over here,” Llui says. "It was always a dream of ours to move to America. We came over on holiday to Texas a few years ago, and it felt really homey to us — the culture, the people, everything was amazing.”

The Montfores chose Frisco, specifically, because of how multicultural it is. 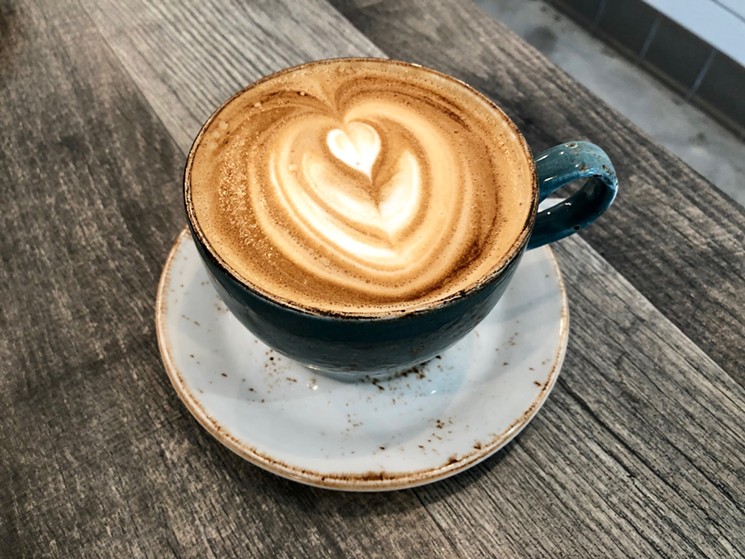 The flat white, a classic Australian coffee creation similar to a latte
Paige Weaver
“It’s like a massive melting pot, much the same as Australia," Llui says. "There isn’t really Australian food, per se. It’s more of an influence of all the cultures that have emigrated over, so we thought Frisco would really appreciate our food.”

So what is Aussie cuisine?

“Australian food mostly has everything else that’s in Texas, but we do it a little differently,” Llui says. For example, they make their pancake batter in-house and serve the hotcakes with cotton candy, vanilla bean ice cream, berry compote and maple syrup. 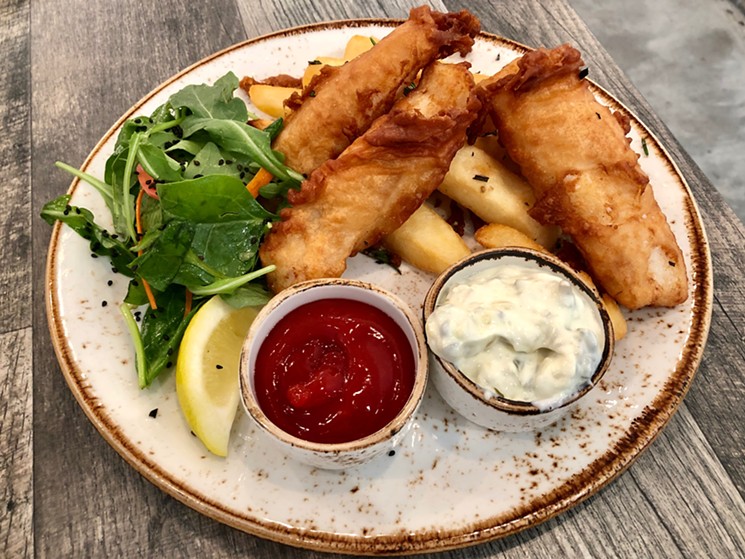 Aussie Grind's fish and chips
Paige Weaver
He said that so far, the most popular breakfast dish is the breakfast gnocchi ($9.75). It is fried with sauteed bacon, Spanish onion and sage and is served with baby spinach, Parmesan and two poached eggs.

For lunch, the fish and chips ($12.95) is a favorite. They use Atlantic cod and a simple batter made with Shiner. It’s served with thick pub fries and house-made tartar sauce. The steak Sanga sandwich ($11.95) and lamb cutlet salad ($12.95) are also popular lunch items. 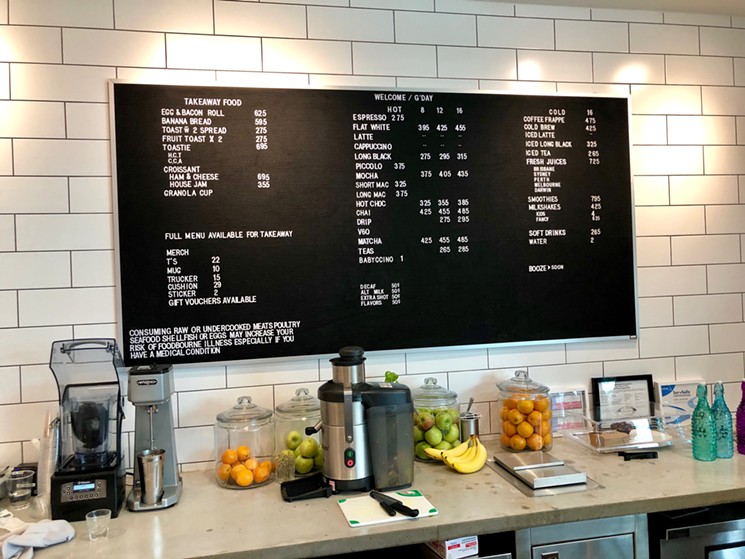 Aussie Grind's menu
Paige Weaver
Cafes like Aussie Grind are typical in Australia because they don’t have Starbucks there.

“Our cafes have both craft coffee and a full kitchen," Llui says. "We don’t have a monopoly like Starbucks to control the coffee industry, and 95% of the cafes are independently owned. You have to have a point of differentiation or you’ll get swallowed up by the masses.”

Aussie Grind has been open for five weeks. Their TABC license is still pending, but they hope to soon serve breakfast beverages like mimosas, a variety of Australian wines and beers, and classic Australian cocktails.

Aussie Grind, 3930 Preston Road, Frisco
KEEP THE DALLAS OBSERVER FREE... Since we started the Dallas Observer, it has been defined as the free, independent voice of Dallas, and we'd like to keep it that way. With local media under siege, it's more important than ever for us to rally support behind funding our local journalism. You can help by participating in our "I Support" program, allowing us to keep offering readers access to our incisive coverage of local news, food and culture with no paywalls.
Make a one-time donation today for as little as $1.
Paige Weaver
Contact: Paige Weaver