See Big Tex at the State Fair of Texas this week. Kathy Tran

Polacon, A Polaroid Retrospective
UNT CoLab (207 N. Elm St.) will host Polacon, a Polaroid Retrospective now through Oct. 6. This collection, following Polacon, the three-day instant film convention, is presented by the Instant Film Society and includes Polaroid photos from local and international instant film photographers. Also at the gallery is a hands-on collection of shelf-piece cameras available to hold and play with. UNT CoLab is open Tuesdays through Saturdays. Admission to the gallery is free.

Passage
According to its description on Facebook, Passage “is an immersive, minimalist, contemplative, and interactive artwork that explores the emotional connections we develop with light and sound.” It’s also just a fun illuminated tunnel that makes for great Instagram photos. It includes 20 neon-like circles and a sound system. The installation is presented by Downtown Dallas, Inc. and will run through November at Main Street Garden (1902 Main St.)


Boris Karloff: The Man Behind the Monster
One of horror film’s defining stars is Boris Karloff, who is best known for his role as Dr. Frankenstein’s monster in the original Frankenstein films. Karloff’s likeness as the monster has been imitated time and again and paired with his other films — including The Mummy, The Old Dark House and The Black Cat, among many others — has cemented him as one of cinema’s greatest actors. Just in time for all the
click to enlarge 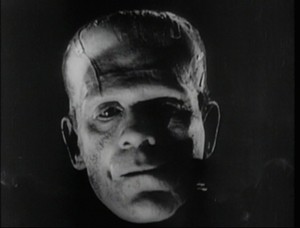 Boris Karloff as the infamous, iconic, frightening man-creature in Frankenstein.
Wikimedia Commons
Halloween vibes, Texas Theatre (231 W. Jefferson St.) will host a screening of Boris Karloff: The Man Behind the Monster at 6:30 p.m. on Friday, Oct. 1, 4 p.m. Saturday, Oct. 2 and 3:30 p.m. on Sunday, Oct. 3. The documentary explores the life of Karloff through interviews with filmmakers and actors including Guillermo del Toro, John Landis, Roger Corman and others. Tickets are $11 at thetexastheatre.com.

Vir Das
One of India’s leading Bollywood stars and comedians, Vir Das, takes the stage for a weekend stay at Arlington Improv (309 Curtis Mathes Way) starting Friday, Oct. 1. Das was the first comedian from India to have a stand-up special on Netflix back in 2017. Since then, he’s gone on to have three more through the streaming platform. Tickets are $44 and up. For a complete list of show times, go to improvtx.com.

Brian Regan
Longtime funnyman Brian Regan brings his family-friendly and, at times, physical comedy to The Pavilion at Toyota Music Factory (300 W. Las Colinas Blvd.) at 7 p.m. Friday, Oct. 1. His latest special, On the Rocks, aired on Netflix earlier this year, and he’s been a regular on the AT&T Audience Network comedy Loudermilk since 2017. Tickets to the show start at $37 at livenation.com. 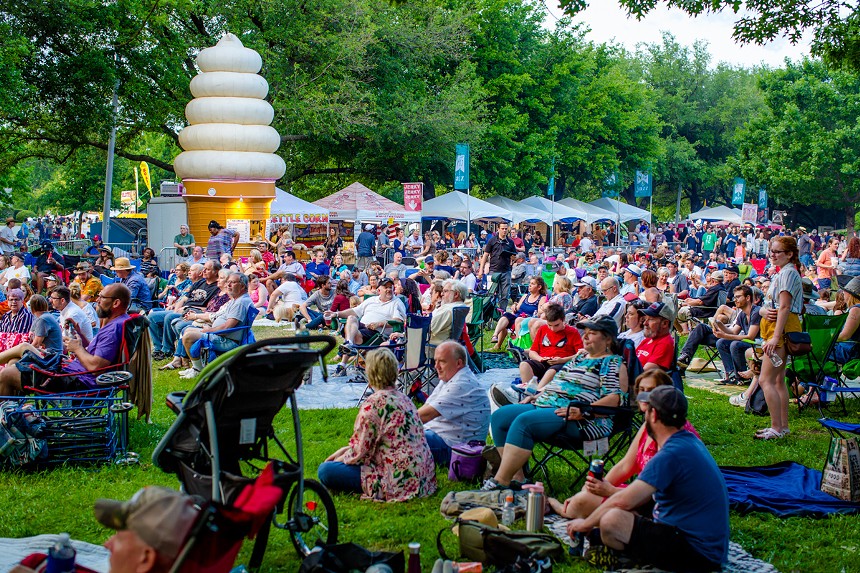 Deep Ellum Outdoor Market
Each Saturday, the Deep Ellum Outdoor Market features more than 40 local artists and crafters in an effort to promote small businesses to the community. The event also hosts live music and performance art. The market is held on the 100 block of North Crowdus Street, surrounded by several bars, restaurants and shops. Go to the event’s Facebook page for a complete list of this year’s dates.
click to enlarge 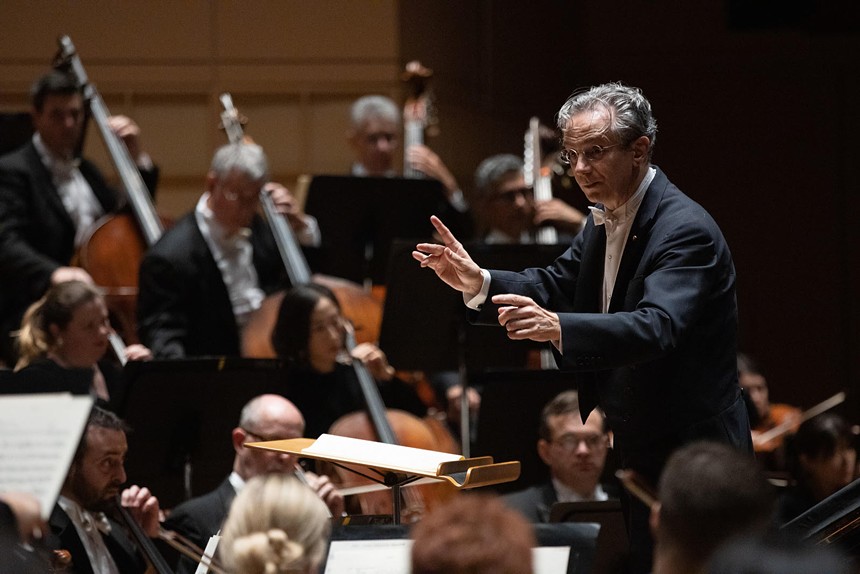 The DSO will play a live score this week to the film Philharmonia Fantastique: The Making of the Orchestra.
Sylvia Elzafon
Philharmonia Fantastique: The Making of the Orchestra
In the 23-minute animated and live-action film Philharmonia Fantastique: The Making of the Orchestra you’ll witness the creativity of the orchestra and the technology of individual instruments. In its program notes, composer Mason Bates says he considered the orchestra and all of its moving parts to be “marvels of engineering” and a cross between art and science. The Dallas Symphony Orchestra will play along to the film live at 11 a.m. on Saturday, Oct. 2, at the Meyerson Symphony Center (2301 Flora St.) Tickets range from $13 to $15 at dallassymphony.org.

Frights 'n Lights
Enough with the adorable pumpkin patches and hayrides already, bring on the spooky spirit of the season with Fright ’n Lights at Riders Field (7300 Roughriders Trail, Frisco), an adventure trail of over 5,000 intricately carved pumpkins in the shape of monsters, superheroes and more. Fright ’n Lights also offers oversized lanterns of movie monsters, a hay maze, carnival rides, pumpkin crafts, a drive-in with a 40-foot screen and plenty more family-friendly activities. It runs on select dates through Nov. 6. For a full list of ticket prices, go to frightsnlights.com.

Dallas Heritage Village at Old City Park Presents Ferris Bueller’s Day Off
You know you’re reaching middle age when you start to sympathize with Principal Ed Rooney in Ferris Bueller’s Day Off. I mean, the guy was just trying to do his job and catch a snot-nosed kid skipping school (and making his life a nightmare in the process.) But to avoid the risk of sounding like a stick in the mud, we’ll go ahead and say that Ferris Bueller was a hero among men, or at least teenagers, in his quest to break free of P.E. class and the hum-drum of high school. Catch the classic 1986 film and experience the beauty of the Dallas Heritage Village at Old City Park (1515 S. Harwood St.) at 7:30 p.m. on Monday, Oct. 4. Tickets start at $12 at rooftopcinemaclub.com.

Theatre 3 Presents Little Shop of Horrors
Everyone’s favorite blood-thirsty plant is back this week in the crisp October air at Samuell-Grand Amphitheatre (6200 E. Grand Ave.). Little Shop of Horrors, presented by Theatre 3, follows the story of a florist who discovers his Venus' flytrap has a taste for blood. In 1986, the film adaptation of this dark comedy musical starring Rick Moranis became a cult classic. Check it out in person starting Tuesday, Oct. 5, and running through Oct. 31. Shows start at 8 p.m. each night. Audience members are encouraged to bring food and a blanket to sit on. Tickets are $20 at tickets.theatre3dallas.com.

Support Us
KEEP THE DALLAS OBSERVER FREE... Since we started the Dallas Observer, it has been defined as the free, independent voice of Dallas, and we'd like to keep it that way. With local media under siege, it's more important than ever for us to rally support behind funding our local journalism. You can help by participating in our "I Support" program, allowing us to keep offering readers access to our incisive coverage of local news, food and culture with no paywalls.
Make a one-time donation today for as little as $1.