Cheap and Free Things to Do in Dallas This Week 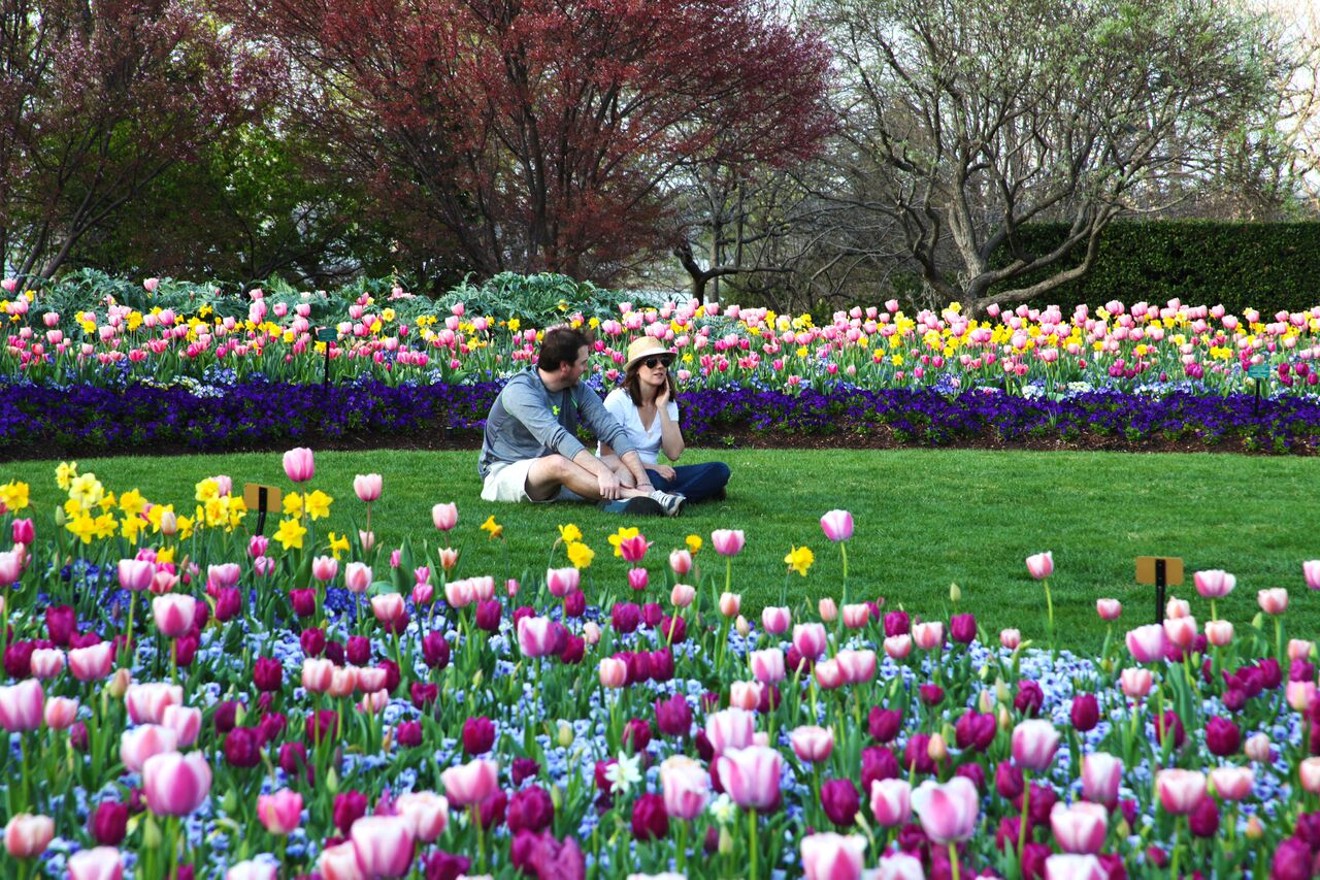 Flowers are pretty and looking at flowers is cheap. Courtesy Dallas Arboretum

“Eat food. Not too much. Mostly plants.” Don't eat anything your great-grandmother would not recognize as food. Avoid the evils of processed foodlike stuffs. Microwave ovens are bad. Devote more time to cooking your own food. Grow a garden. Make cheese. Jesus, award-winning food journalist Michael Pollan must be the preachiest author since some guy wrote the Book of Leviticus. The pen behind In Defense of Food and The Omnivores' Dilemma is a much more entertaining writer, though, and his works, like Leviticus, offer sage advice. Of course, some of us tend to ignore Pollan's wisdom as much as they ignore the Bible. (The road to hell is paved with Pop-Tarts and Coke Zero.) You, however, might be wiser, thinner and willing to spend time in the kitchen. In that case, hear Pollan testify at 7:30 p.m. Tuesday at the Texas Hall at UT-Arlington, 701 S. Nedderman Drive, as part of the Maverick Speakers Series. Tickets for Michael Pollan — One Writer's Trip: From the Garden to the Plate and Beyond are $35 for preferred seating and $5 for general admission at utatickets.com.  Patrick Williams

Hey, life was simpler back then, right? There were no bills or bosses or lunch times without a nap afterward. Wouldn't it just be better if we could go back to our youth? Well, you can't. We don't have the solution to everything. Sorry. But there is a chance to get down to the music of your youth for cheap. Head out to The Prophet Bar for The Throwback Party. All ages are welcome, and for only $5, you can dress like it's 1999 and listen to good music — not whatever crap they're playing on the radio these days. Party starts at 9 p.m. Head to ticketfly.com for tickets and more information. Paige Skinner

Acclaimed Japanese artist Yayoi Kusama presents an immersive, pumpkin-themed installation of infinite proportions. Consisting of a series of immaculately polka-dotted faux pumpkins, All the Eternal Love I Have for the Pumpkins belongs to the artist’s series of mirrored art installations. Imagine an endless expanse of bright yellows and stark blacks stretching into forever with you smack dab in the middle. The exhibit, the only one of its type in North America, allows viewers to explore firsthand Kusama’s fascination with space and how we perceive it. All the Eternal will be at the Dallas Museum of Art, 1717 N Harwood St., from Sunday through April 29. Tickets to this special exhibition are $16, with discounts for students, seniors and military. For more information, visit dma.org. Jonathon Patrick

Who doesn't love a good night of family-friendly comedy and magic? Forget the R-rated humor of superstar comedians. Or the naughty magic of naughty magicians. Sometimes all you need for your soul is a nice night of wholesome comedy and magic. And for cheap. Head to Addison Improv for Comedy and Magic Show For All Ages, night of wonder and laughs with magician Mike Williams. The show begins at 2 p.m. and tickets are as cheap as $10. See ticketweb.com for more information.  Paige Skinner

Desperate for a sign that the days of ping-ponging temperatures and flu-ridden malaise are almost over? Then head to Dallas’ official Spring HQ, the Dallas Arboretum (8525 Garland Road) for their annual Dallas Blooms Festival beginning Saturday, February 24. This year, tiptoe through half a million tulips, petunias, and other festive florals presented via a special international theme they’re calling “A World of Flowers.” Each week, a different region of the world is represented by way of fun programming, cultural activities, and, of course, floral interpretation. Visitors can explore French delights through March 2; Mediterranean themes March 3 through March 9; Europe between March 10 and 16; global culinary delights March 17 through the 23; Asia between March 24 and March 30; and the Americas from March 31 until April 8. Arboretum hours are daily from 9 a.m. until 5 p.m.; admission is $15 for adults, $12 for seniors, $10 for children, and free for tykes ages two and under. See dallasarboretum.org for more. Jennifer Davis-Lamm

The late U.S. Supreme Court Justice Thurgood Marshall once famously said of slain civil rights firebrand Malcolm X: "I ask a simple question: What did he ever do? Name me one concrete thing he ever did." Well, for awhile before he was assassinated in February 1965, he did a pretty good job of scaring the hell out of a lot of white people. He gave expression to righteous anger. Was that a good thing or bad? Judge for yourself after watching the biopic Malcolm X, starring Denzel Washington and directed by Spike Lee. It screens in 35mm glory at The Texas Theatre, 231 W. Jefferson Blvd., at 5 p.m. Saturday as part of the Black Cinematheque Filmmaker Series. Tickets, $1, are available at /thetexastheatre.com/movies/malcolm-x-35mm/. Patrick Williams