The Greatest Tour Names of All Time 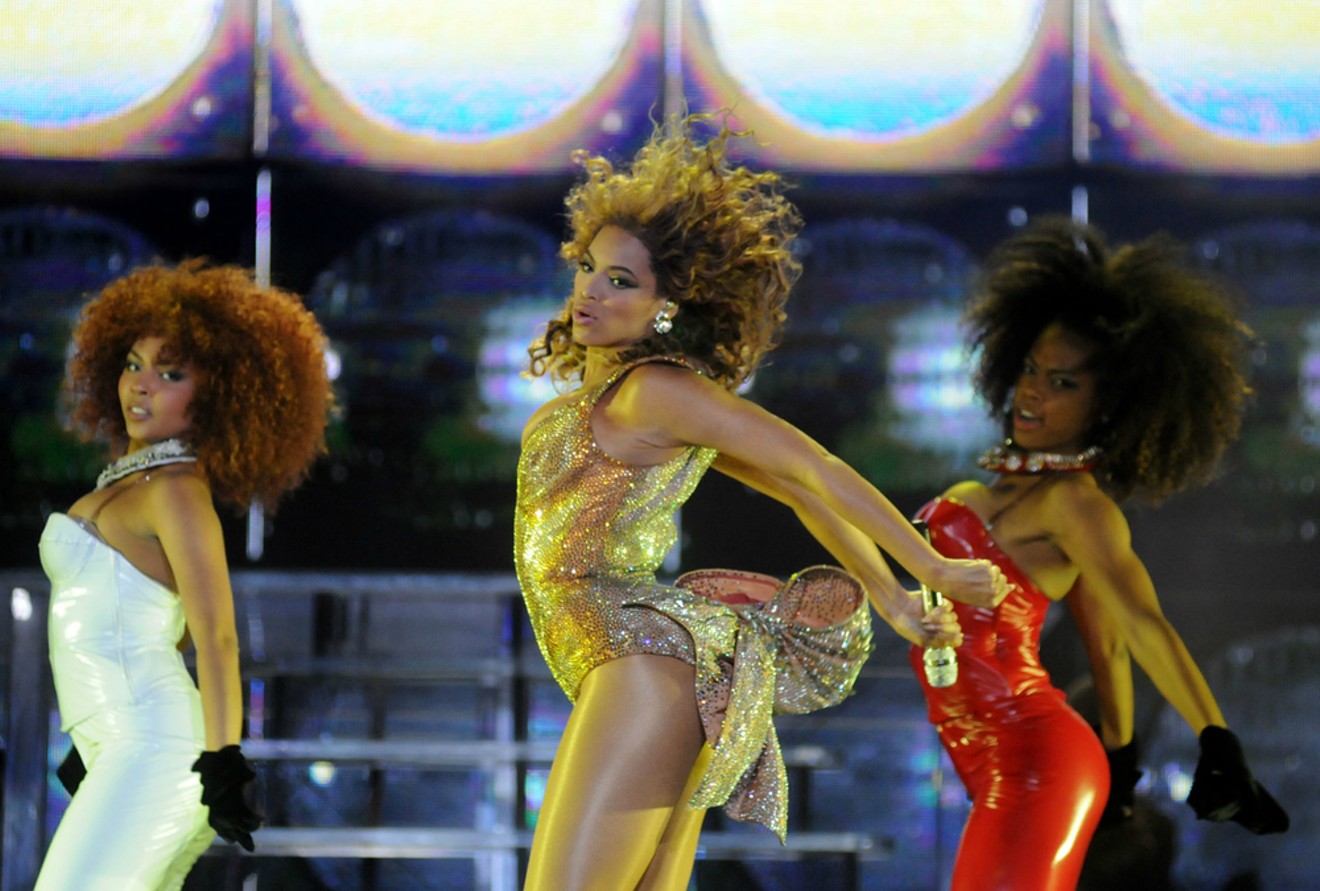 "Ima let you finish but Beyoncé had one of the best tour names of all time, y'all ..." Shutterstock
In popular music, which is often all about staying on brand and in the now as every facet of an artist’s public persona reflects the work they’re currently promoting, it’s easy to forget that concert tours don’t always have to bear the name of their headliner’s most recent album.

With all respect to recent outings such as Taylor Swift’s Reputation Tour and Ariana Grande’s Sweetener World Tour, each phenomenal culminations of the career arcs they represented, it’s a shame that shows no longer seem to mark performers' artistic time periods but instead get sloppy names that seem an afterthought.

Thankfully, there will always be acts that still capture our imaginations with funny and creative tour names. Here are 10 of the best tour names of all time.

Madonna,  Blond Ambition World Tour (1990)
Blond Ambition is perhaps the best example of how a blockbuster pop tour can succeed as a separate entity from the album it's promoting. Madonna incorporated themes from 1989’s Like a Prayer into this tour, while also including aesthetics from art deco and German expressionism as well as notoriously utilizing sexually charged religious imagery. Ambition indeed.

Drake, Would You Like a Tour? (2013-2015)
The answer was a resounding yes, to the tune of 66 dates and $46.2 million. Drake ran with this approval and has since created a massive body of work with zero consideration for whether people wanted to hear it or not.

Sufjan Stevens, The Sirfjam Stephanapolous Christmas Sing-a-Long Seasonal Affective Disorder Spectacular Music Pageant Variety Show Disaster (2012)
This one speaks for itself. And at that word count, it would be weird if it didn’t.

Nine Inch Nails + Jane’s Addiction, NIN|JA Tour (2009)
There is nothing more satisfying than watching artists collaborate, at least partially because they can get a good pun out of it. It’s even sweeter when the collaboration actually makes sense (no disrespect to pun enthusiast Jack Gray).

KISS, The Farewell Tour (2001-2002)
and
End of the Road World Tour (2019-Present)
These KISS tour names weren’t trying to be funny, but they ironically succeeded. KISS didn’t invent the farewell tour, but they have had arguably the most time to master it. There were 12 entire tours in between The Farewell Tour and the End of the Road Tour, so it’s hard to say whether it’s really that hard to, erm, kiss the band goodbye or if they just think fans aren’t paying attention.

Beyoncé, The Mrs. Carter Show World Tour (2013-2014)
While this tour was a massive success, there was some minor backlash from people who thought it was hypocritical of Queen Bey to sample Chimamandi Ngozi Adichie’s “We Should All Be Feminists” TED talk on recent single “Flawless” only for her tour to carry her husband’s last name. That might be reading into it too much, considering she was promoting an album called Beyoncé, but we’re still secretly holding out for Jay-Z’s Mr. Knowles Tour.

“Weird Al” Yankovic, Ridiculously Self Indulgent, Ill-Advised Vanity Tour (2018)
It took a lot of restraint to only include one of Yankovic’s tours on this last, so instead of redundantly explaining how “Weird Al” is a fun and goofy dude, here are some honorable mentions: Tour of the Universe in 3-D (1984), The Stupid Tour (1985) and Touring With Scissors (1999-2000), just to name a few.

Idina Menzel, Barefoot at the Symphony Tour (2010-2013)
Even though it concluded just months before her starring role in Frozen grabbed America’s children by the throats and launched her to mainstream stardom, Barefoot at the Symphony was a victory lap for musical theater veteran Menzel, then best known for her role in Broadway’s Wicked. The name of this tour is completely literal, as she didn’t wear shoes for any of her performances. We love a down to Earth diva.

Lil Wayne, I Am Music Tour (2008-2009)
This would be an arrogant statement from anyone else, but given how fresh Wayne was off his commercially and critically acclaimed Tha Carter III, and how he was set to establish himself as a rap patriarch through his mentoring of up-and-comers Drake and Nicki Minaj, we think he’s earned this one.
KEEP THE DALLAS OBSERVER FREE... Since we started the Dallas Observer, it has been defined as the free, independent voice of Dallas, and we'd like to keep it that way. With local media under siege, it's more important than ever for us to rally support behind funding our local journalism. You can help by participating in our "I Support" program, allowing us to keep offering readers access to our incisive coverage of local news, food and culture with no paywalls.
Make a one-time donation today for as little as $1.