Why Isn't Dallas Pride in June? 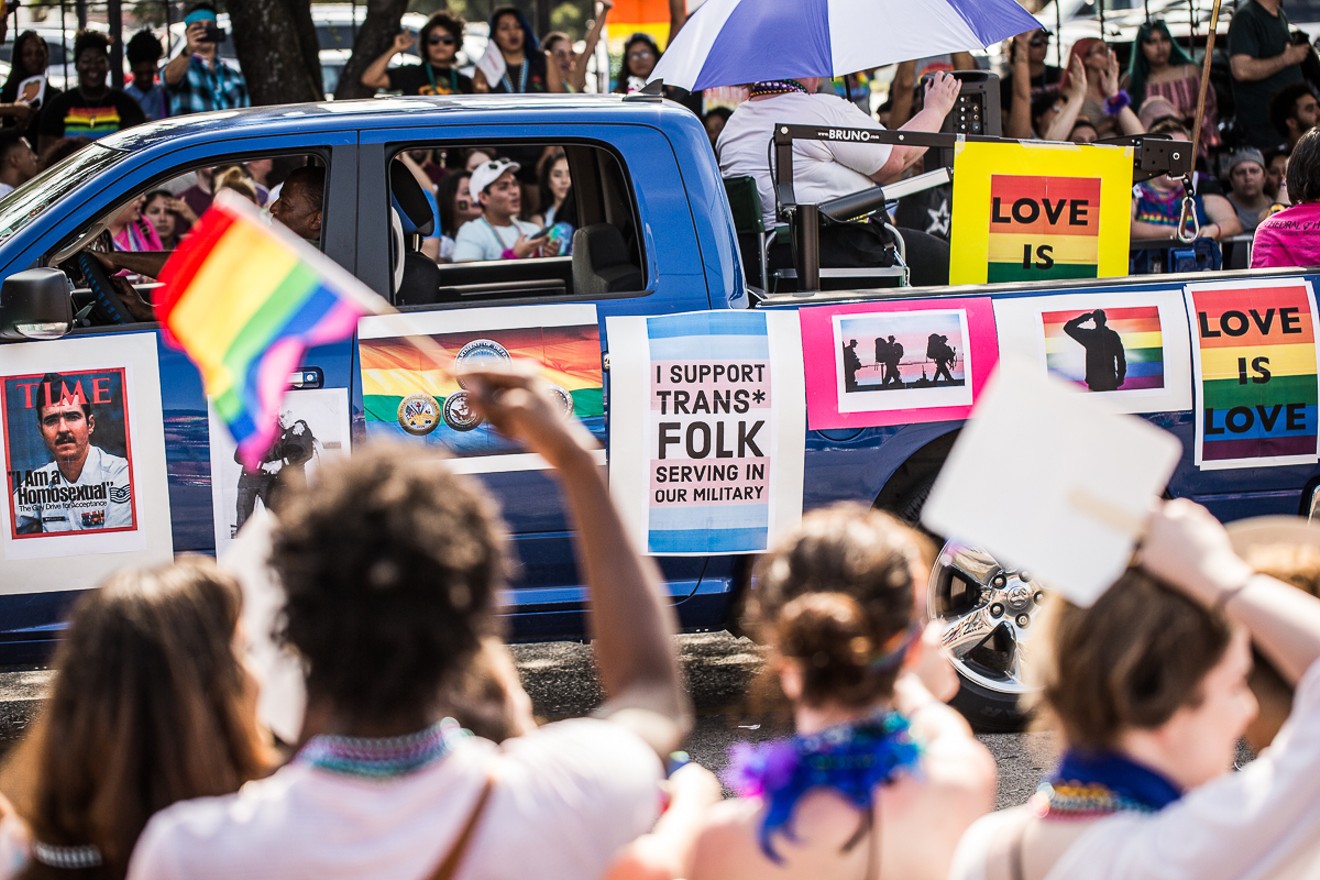 It’s not because of the weather, a common go-to answer. Y’all know it’s still hot in September. Besides, Austin has its LGBT Pride celebration in August, so clearly more than Texas heat explains why Dallas' LGBTQ Pride Month events are in September.

President Barack Obama recognized June as LGBTQ Pride month while in office, but President Donald Trump, in a nod to his evangelical supporters, refused to issue similar declarations this year and last.

Pride dates back to June 1969, when the Stonewall protests happened in New York, helping to kickoff the LGBTQ rights movement. Over about six days, transgender, gay and lesbian people at the Stonewall Inn clashed with NYC police, who had been raiding gay bars. More recently, a major stride in the movement — the Supreme Court's gay-marriage ruling of 2015 — came down in June.

Gay bars then and gay bars now (the Stonewall is still open) have been considered sanctuaries for LGBTQ people. In Dallas, the Dallas Tavern Guild, the group of gay bar owners that runs the annual Pride parade and festival, gets asked each year asking why Dallas gays have to wait until September to march in the streets.

Dallas joins about a dozen other U.S. cities that host Pride celebrations in August through November. In fact, there are about as many Pride events not in June as there are in June, according to the InterPride calendar.

Because June is held in high regard among LGBTQ people, there are parties across the country during the month. Local event planners say a big reason why Dallas Pride is in September is to avoid having to compete with other, much larger Pride parades elsewhere.

People in Dallas travel to Los Angeles, New York, Washington and elsewhere to attend Pride, and people in other cities travel here for Dallas Pride. Planners want as many people as possible to come to Dallas and spend their money, and they want Dallas Pride-goers to be able to travel to other events. 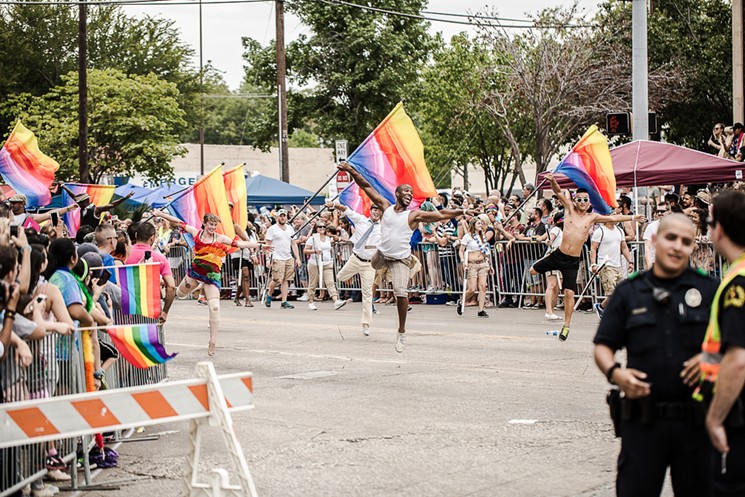 Dallas Pride
File Photo
Queer people in Dallas do celebrate in June. Dallas Southern Pride, for example, hosts a Juneteenth festival for black LGBTQ people every year to mark the end of slavery and revere freedom from anti-gay persecution from within the black community.

Dallas’ original Pride parade started organically in June 1977, says Betty Neal, a member of the steering committee that plans Dallas Pride. The next Dallas Pride wasn’t until 1980. In 1982, the Dallas Tavern Guild took over, and by the next year, the guild had moved the dates of Dallas Pride to September to commemorate the timing of a court ruling striking down Texas’ anti-sodomy law. (The original ruling was overturned on appeal. The Supreme Court finally ruled Texas' anti-sodomy unconstitutional in 2003.) The guild did not move the festivities back to June, and today the Dallas Pride parade is named after the Dallas Tavern Guild’s original executive director, Alan Ross.

Since 1996, Dallas Black Pride has always been in the fall. It grew from the annual Grambling and Prairie View college football game at the Cotton Bowl during the State Fair of Texas. The game brings families and alumni from around the state each year.

Neal, who also puts on the Dallas Black Lesbian Pride events, says that during that wider gathering, groups of black gays hosted events in and around Fair Park and South Dallas, and over the years, they turned into a big party. Back then, Neal says, Pride planners felt it made sense to host Black Pride around the time of the game, when people are in town anyway.

“We kind of have the month to ourselves,” Neal said. “You won’t miss your hometown Pride by coming here in September.”

Like Black Pride in the '90s, Dallas Pride didn’t start out as the commercialized beast that it is today. By now, the annual celebration is a full-time gig for some people who shop for corporate sponsors and secure vendors. A 40-member steering committee works throughout the year fundraising and planning with city officials.

Michael Doughman, the Dallas Tavern Guild’s executive director, says interest in Dallas Pride has grown so much that if the guild were to move the parade and festival back to June, it would have to skip a year of Pride altogether. Doughman has been involved in planning for the past 18 years and has seen the costs to throw Pride each year rise from about $50,000-$60,000 at the turn of the century to about $200,000 these days.

“Pride is Pride,” Doughman says. “We don’t take any ownership of the event. We just raise the money to produce the event.”
KEEP THE DALLAS OBSERVER FREE... Since we started the Dallas Observer, it has been defined as the free, independent voice of Dallas, and we'd like to keep it that way. With local media under siege, it's more important than ever for us to rally support behind funding our local journalism. You can help by participating in our "I Support" program, allowing us to keep offering readers access to our incisive coverage of local news, food and culture with no paywalls.
Make a one-time donation today for as little as $1.