Four Decades On, JR Bentley's in Arlington Gets a Refresh 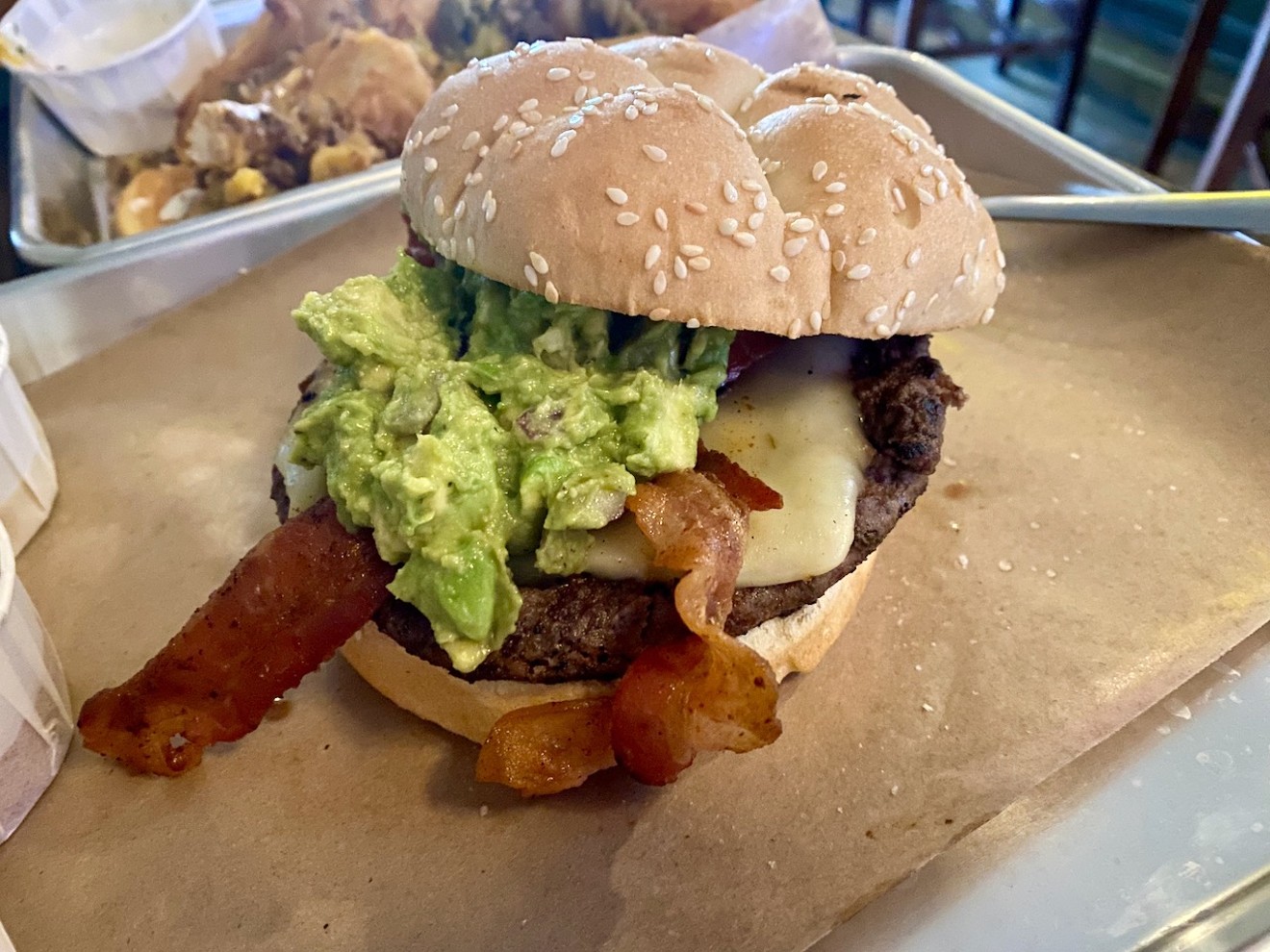 The Californication burger Lauren Drewes Daniels
JR Bentley’s has a long history in Arlington. The English-inspired pub has always been popular with UTA students and faculty, both former and current, but new owners hope to reenergize the old spot.

The bar originally opened in 1979 on Cooper Street before moving to its current location in a 1920s-era house along Abrams Street in 1995. In 2013 a fire broke out near the attic; no one was there at the time, but the fire caused enough damage that most of the interior had to be completely renovated. 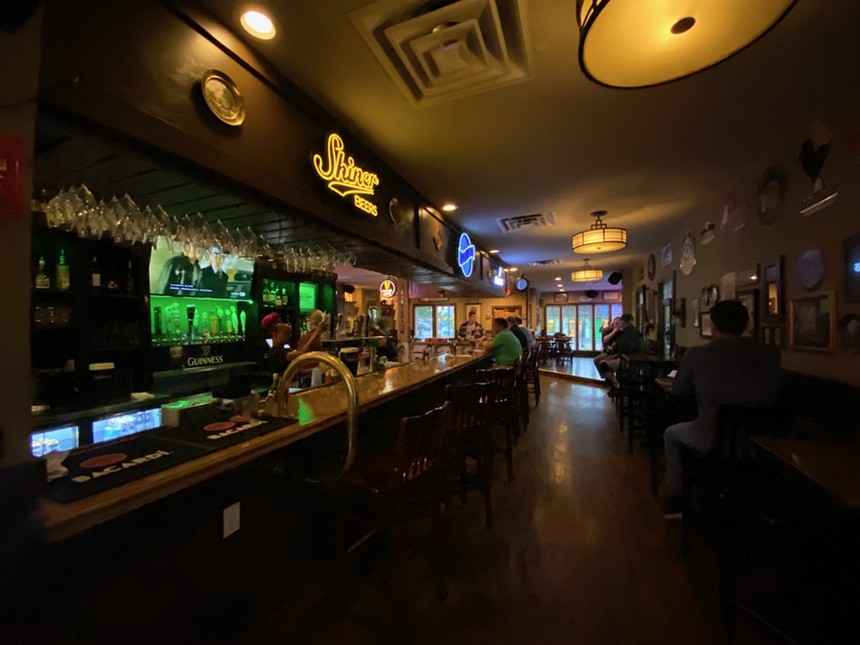 If you're a fan, as Jim Gaffigan is, of dark beers in dark bars, Arlington has a spot.
Lauren Drewes Daniels
Then in another blow, just before the pandemic, the stretch of Abrams that runs in front of the restaurant underwent major construction. Access to parking was difficult. Detours on the road slowed customer traffic.

Then, of course, the pandemic hit. One blow after another, and the owner put the pub on the market. It limped out of the pandemic on a small staff and curtailed hours. Despite all that, it's a great space. For the past few years, we'd sit in Bentley's and often wonder why the place wasn't packed. No good answer for that still, but the space has good bones and the kitchen has always been stellar.

Andrew Ireland and a group of investors took over the spot the week before St. Patrick’s Day, which with a laugh he says he doesn’t advise anyone to try to do. They made it through one of the busiest drinking days of the year and are now breathing new life into the space, expanding staff, hours and adding things like karaoke under the stars on the patio (Thursdays), and they’ll continue with trivia nights (Tuesdays). Ireland is also looking for local musicians for live music.

The menu has changed a bit. First, let’s just rip this Band-Aid off: no, the Barron Burger is no longer on the menu. But, the new burgers are solid, like the Californication Burger ($14) with an Angus patty, guacamole, bacon and pepper jack cheese. It hits all the marks for a great pub burger, meaty, with a hint of smoke, thick slices of bacon held together on a substantial bun and cooked to a perfect medium, as requested. 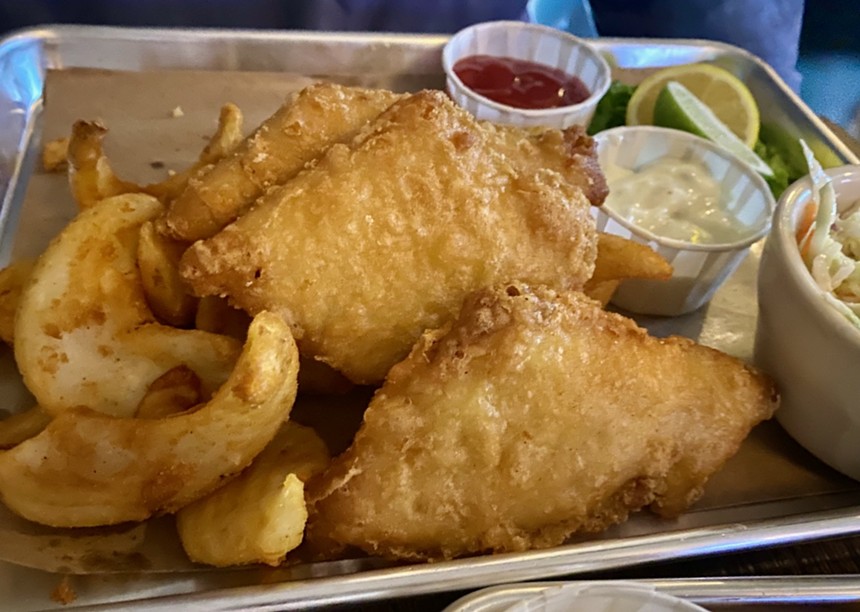 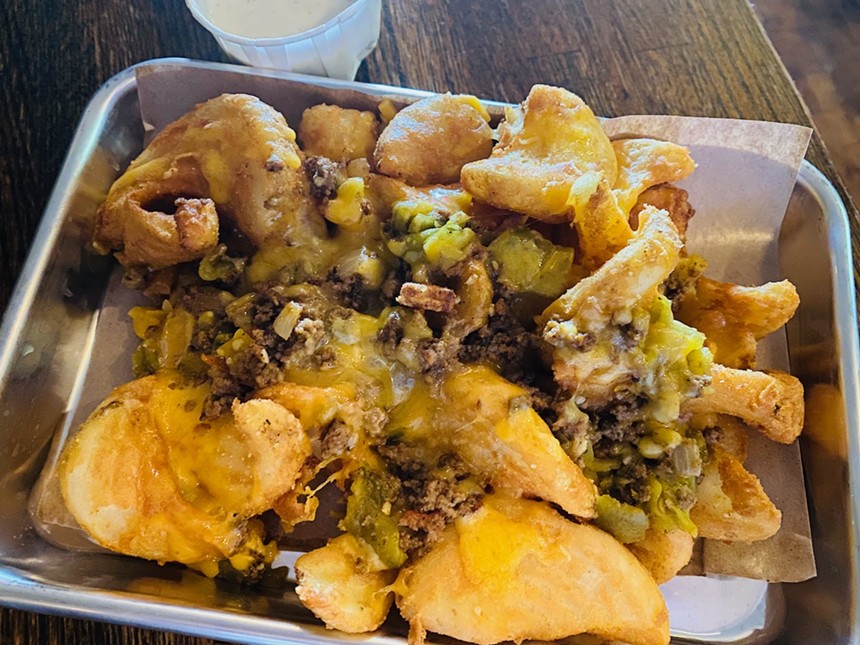 Not all food photographs well, but don't hold that against these Heisenberg fries topped with cheese, Hatch chili peppers and seasoned ground beef.
Lauren Drewes Daniels
These pub fries make a great base for theirs Heisenberg Fries, which can be ordered in a whole of half portions ($8 and $12, respectively) topped with cheddar cheese, seasoned beef, roasted Hatch chili peppers and served with ranch. A half order is a full meal. Leftovers along with half the burger made for dinner the next day.

Ireland and his partners have also tweaked the name too. It’s now just JR Bently’s Pub, minus the English before the Pub. Ireland is a soccer fan and hopes the space will eventually become a local spot for the other kind of football fans to enjoy a properly poured pint of Guinness while watching games. In the meantime, they're hosting events out on their large patio and may even expand the space soon.

Not sure about all of these changes? Well, for the entire month of May, which is National Hamburger month, Bentley's will offer a free Royale cheeseburger every Saturday from 11 a.m. to 2 p.m. "No strings attached," Ireland wrote in an email. Not a bad reason to go check them out if you haven't in a decade or two.

JR Bentley's Pub, 406 W. Abram St. (Arlington), 11 a.m. - 12 a.m. Tuesday - Thursday; 11 a.m. - 2 a.m. Friday and Saturday
KEEP THE DALLAS OBSERVER FREE... Since we started the Dallas Observer, it has been defined as the free, independent voice of Dallas, and we'd like to keep it that way. With local media under siege, it's more important than ever for us to rally support behind funding our local journalism. You can help by participating in our "I Support" program, allowing us to keep offering readers access to our incisive coverage of local news, food and culture with no paywalls.
Make a one-time donation today for as little as $1.