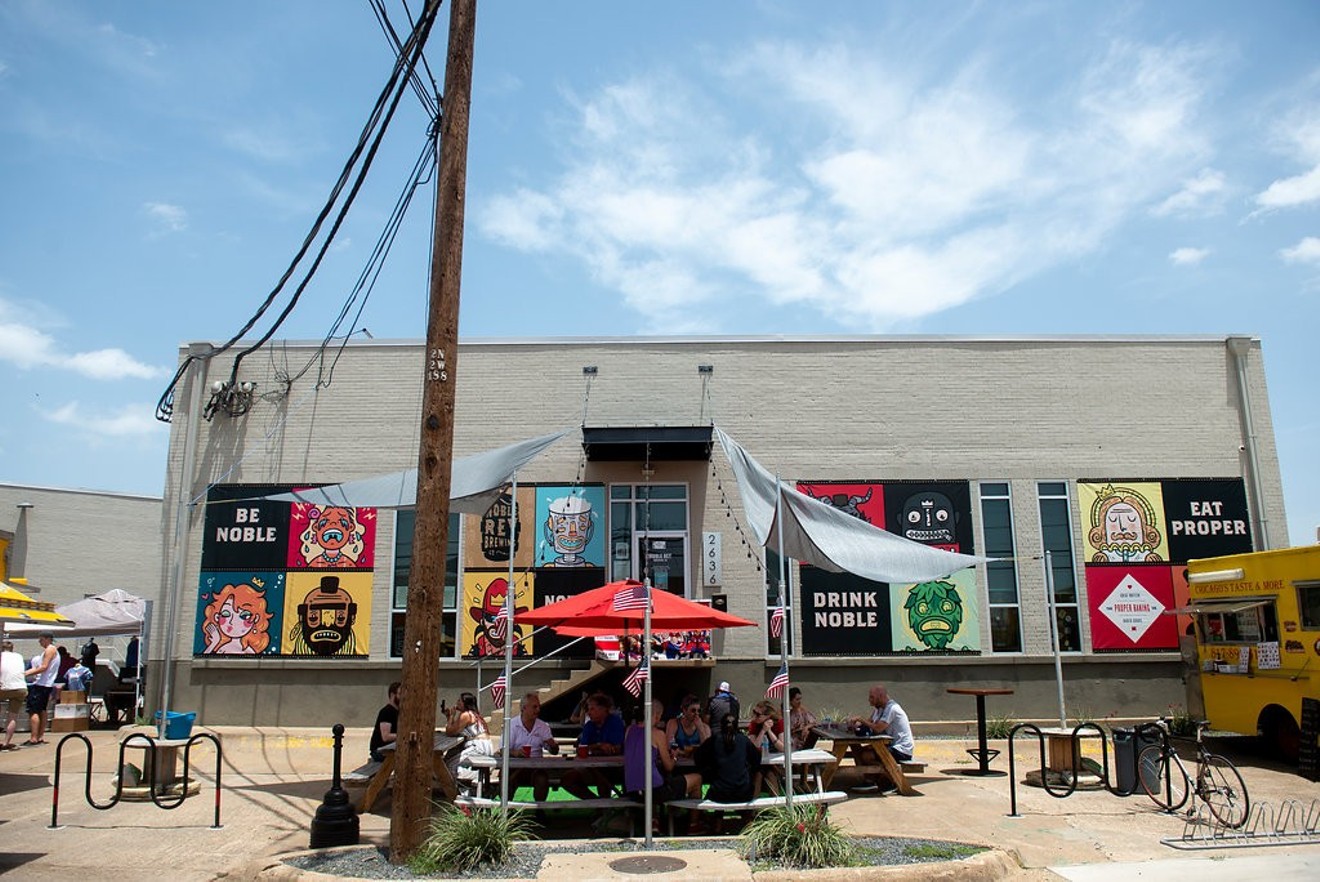 "It is with the heaviest of hearts that we come to you, our friends and family, to tell you that the brewery is being sold and will be under new ownership," Noble Rey posted on Facebook today. "We will be closing our doors as of April 1, 2019, and going dark for a while until the new owners take over. So please come out between now and March 31st, 2019 and have a few beers with us, share your favorite memories, stock up on your favorites, and help us say goodbye for now."

The news doesn't come as a total surprise to the Dallas beer industry; the brewery filed for Chapter 11 bankruptcy in December 2018 reporting more than $1 million in debt, GuideLive reported. Back in January, co-founder Chris Rigoulot told GuideLive the brewery was not closing and that they had "no intention of going anywhere any time soon."

The brewery opened in the Design District in 2015 and later opened a second taproom at the Dallas Farmers Market. Both locations will close April 1.

"Fear not though, as Noble Rey can still live on as the business is being sold to a new owner through the bankruptcy court proceedings and the new owners should be taking over mid-April," Noble Rey posted on Facebook. "We hope that they will continue on where we leave off."

We've reached out to Noble Rey for more information about the new owners and will update if or when we hear back.
KEEP THE DALLAS OBSERVER FREE... Since we started the Dallas Observer, it has been defined as the free, independent voice of Dallas, and we'd like to keep it that way. With local media under siege, it's more important than ever for us to rally support behind funding our local journalism. You can help by participating in our "I Support" program, allowing us to keep offering readers access to our incisive coverage of local news, food and culture with no paywalls.
Make a one-time donation today for as little as $1.