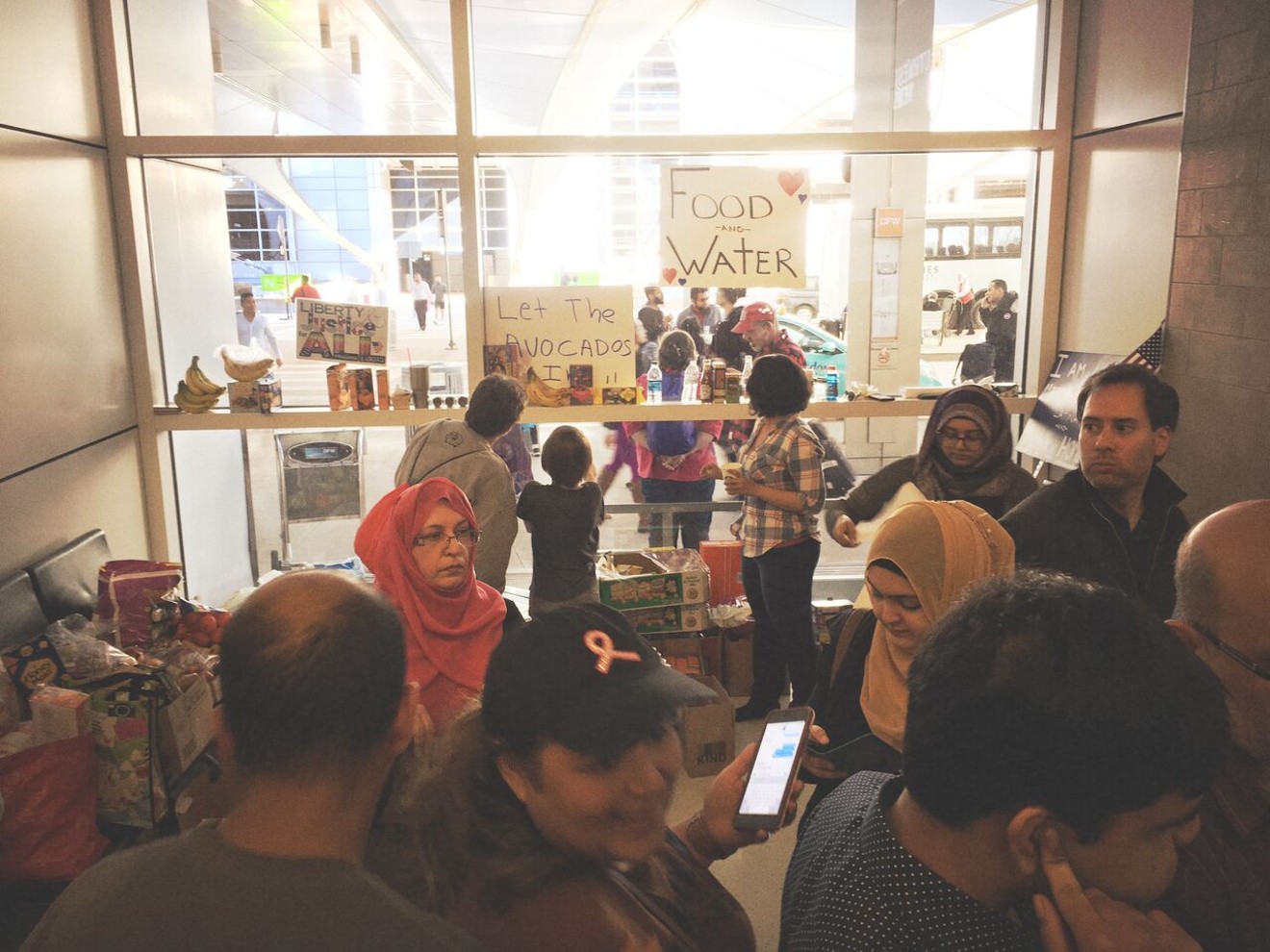 Candice Russell organizes an alcove full of food and volunteers during the weekend protests at DFW airport. Courtney Jacobs
When word spread that hundreds of protestors were gathering at Dallas/Fort Worth Airport on Sunday to demonstrate against President Trump's travel ban, members of the Dallas restaurant industry responded by doing what they do best: feeding a whole lot of people at once.

The food was primarily meant to support the attorneys and volunteers who gathered at the airport to offer up their services to the remaining travelers from Iraq, Iran, Syria and Sudan who were still detained at the airport Sunday morning. The effort grew to include distributing supplies to the throngs of protesters at the airport.

Candice Russell was one of the first to arrive at DFW Friday night with food and water for the families of those being detained and a growing group of protestors. Russell, who is both Middle Eastern and Latina, said it was a choice between getting involved or spending the day in despair. 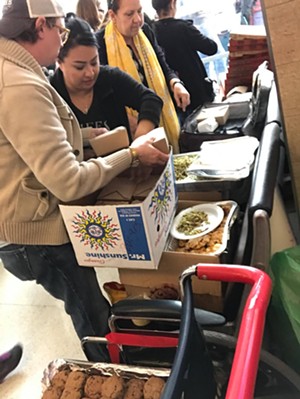 Dallas chefs and restaurateurs took a massive car-load of food to DFW airport protesters and attorneys working to free detainees on Sunday.
Courtesy of Amy Wallace Cowan
"I woke up feeling attacked by my own country and terrified about what the ban and the wall meant for me and the people I love," she says. She set up shop in an alcove behind the active protest in terminal D and distributed supplies. They started with a few snacks, three cases of water and some pizzas, but her call to action caught on. By the end of the evening, they'd passed out 85 pizzas and 25 cases of water.

By mid-day Sunday, the alcove at DFW was overflowing with food. In order to get food and water to the protesters, Russell sent volunteers out on dispatch with bags full of crackers, chips, and other snacks to distribute to anyone who hadn't made it to one of the ancillary refreshment areas.

Cowan says the vibe at the massive protest was "peaceful but insistent."

"They were chanting, and every time the doors would open, they would cheer — I'm assuming so the people behind the doors could hear them," Cowan says. After delivering food to protesters, Cowan and Quinones took lunch for about 30 to the Grand Hyatt, where attorneys had holed up to work on getting detainees freed.

For Cowan, it was an incredibly emotional day. "We cried. We were thanked, not just for food, but for being supportive," she says.

"It felt like it was more family-focused than the Women's March," Cowan says. "Chants of 'Free her grandma' and such. And lots of children. It was a very validating day. Definitely worth four hours of my life."