Beto O' Rourke Gets His Very Own Shepard Fairey Portrait 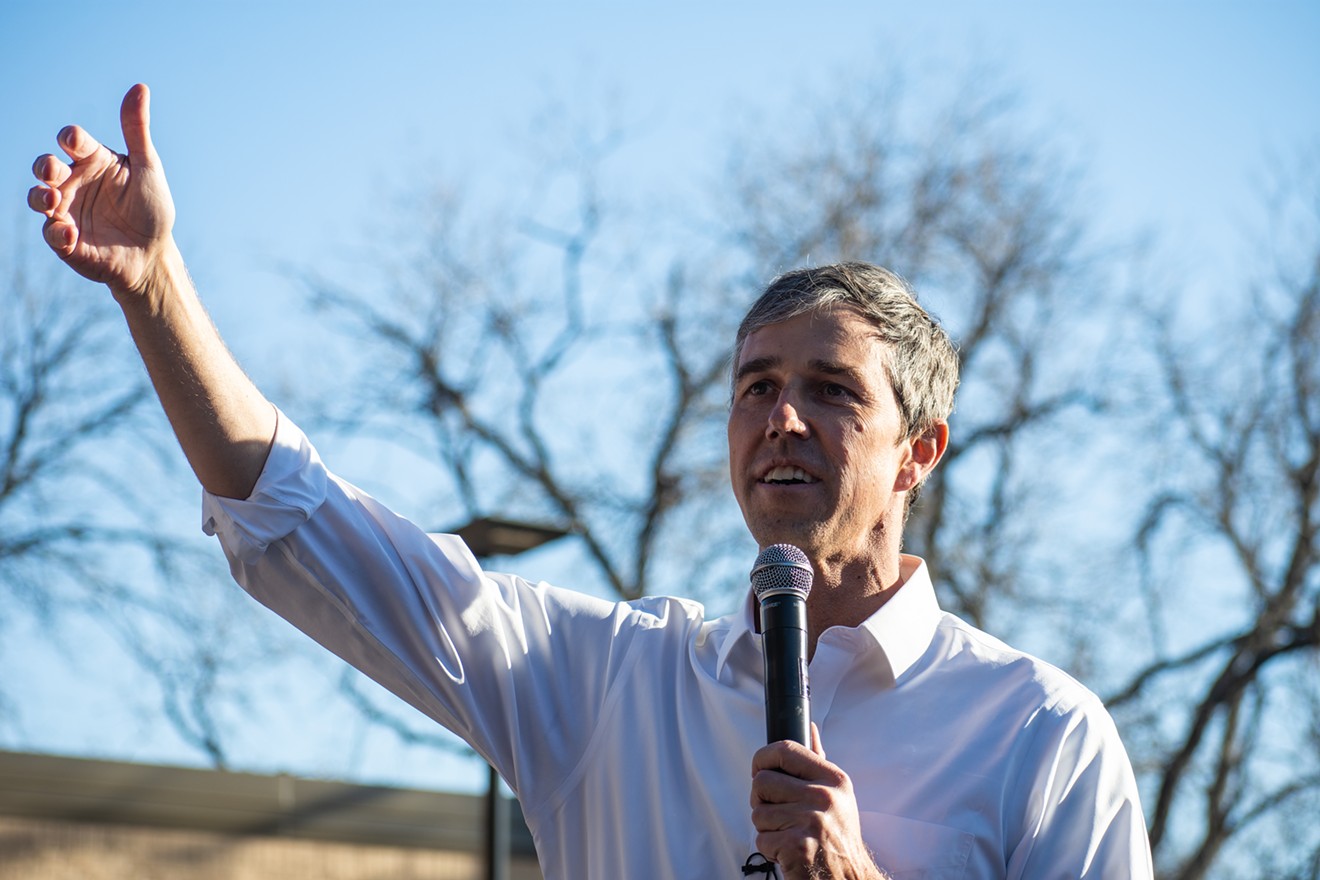 You can now get a Shepard Fairey-designed Beto O'Rourke poster. Do with it as you will. Carly May
He's lagging in the polls in his bid to unseat Gov. Greg Abbott, but Democrat Beto O'Rouke earned some major street cred — street-art cred, that is — and became the new poster child for hope. In a sense.

Ahead of the Nov. 8 gubernatorial election in Texas, O’Rourke earned a place in history among the likes of President Barack Obama by getting his own poster by Shepard Fairey.

Fairey, the famed artist behind the Obey Giant project, designed the blue and red poster for Obama’s 2008 campaign depicting the then-candidate with the word “Hope," an image that became a historic bit of iconography in modern American politics.

Posters have traditionally had a massive influence on culture, making a household name out of Farrah Fawcett and inspiring an artistic movement in Poland as well as a whole generation of young white women to "Live, love, laugh."

In 2017, Fairey also unveiled a poster of a yelling Donald Trump with the word “Demagogue.”

The artist has long ties to Texas, and specifically to Dallas, which was the first city to feature his street art. In May 2021, Fairey gifted Deep Ellum with a design on a water tower called "Cultivate Harmony."

His first solo exhibition in Texas, backward forward, opened Sept. 25 and runs until July 23, 2023, at the Dallas Contemporary.

Now the artist is also getting involved with Texas politics. Last week, Fairey unveiled the poster on his website with a blog post called “Beto For All,” which he also shared on Instagram. He said he created the artwork after he was put in touch with O’Rourke by a mutual friend.

O’Rourke's portrait, in the artist’s signature blue and gray palate, includes the words “Beto for Texas” and “All of Us” in red.

Fairey is one of many artists backing O’Rourke. A recent fundraiser at Dallas’ Erin Cluley Gallery, which O’Rourke attended, raised $81,000 in an auction consisting of works donated by North Texas artists.

On Sunday, Willie Nelson will play at a free rally for O' Rourke in Austin called the "Vote ‘Em Out Rally.” In the past, the music legend has invited O' Rourke to sing onstage, and he put together a rally by the same name when O' Rourke ran for (and lost) a seat in the Senate in 2018.

The aspiring governor, who seems to be going head to head with Samuel L. Jackson for the most famous use of the word “motherfucker,” has received support in the past from other high-profile Texans such as Beyoncé.

O'Rourke has also been recently endorsed by figures such as Gwyneth Paltrow and billionaire George Soros, as well as organizations such as the Human Rights Campaign and the Common Defense and publications such as the Houston Chronicle.
KEEP THE DALLAS OBSERVER FREE... Since we started the Dallas Observer, it has been defined as the free, independent voice of Dallas, and we'd like to keep it that way. With local media under siege, it's more important than ever for us to rally support behind funding our local journalism. You can help by participating in our "I Support" program, allowing us to keep offering readers access to our incisive coverage of local news, food and culture with no paywalls.
Make a one-time donation today for as little as $1.