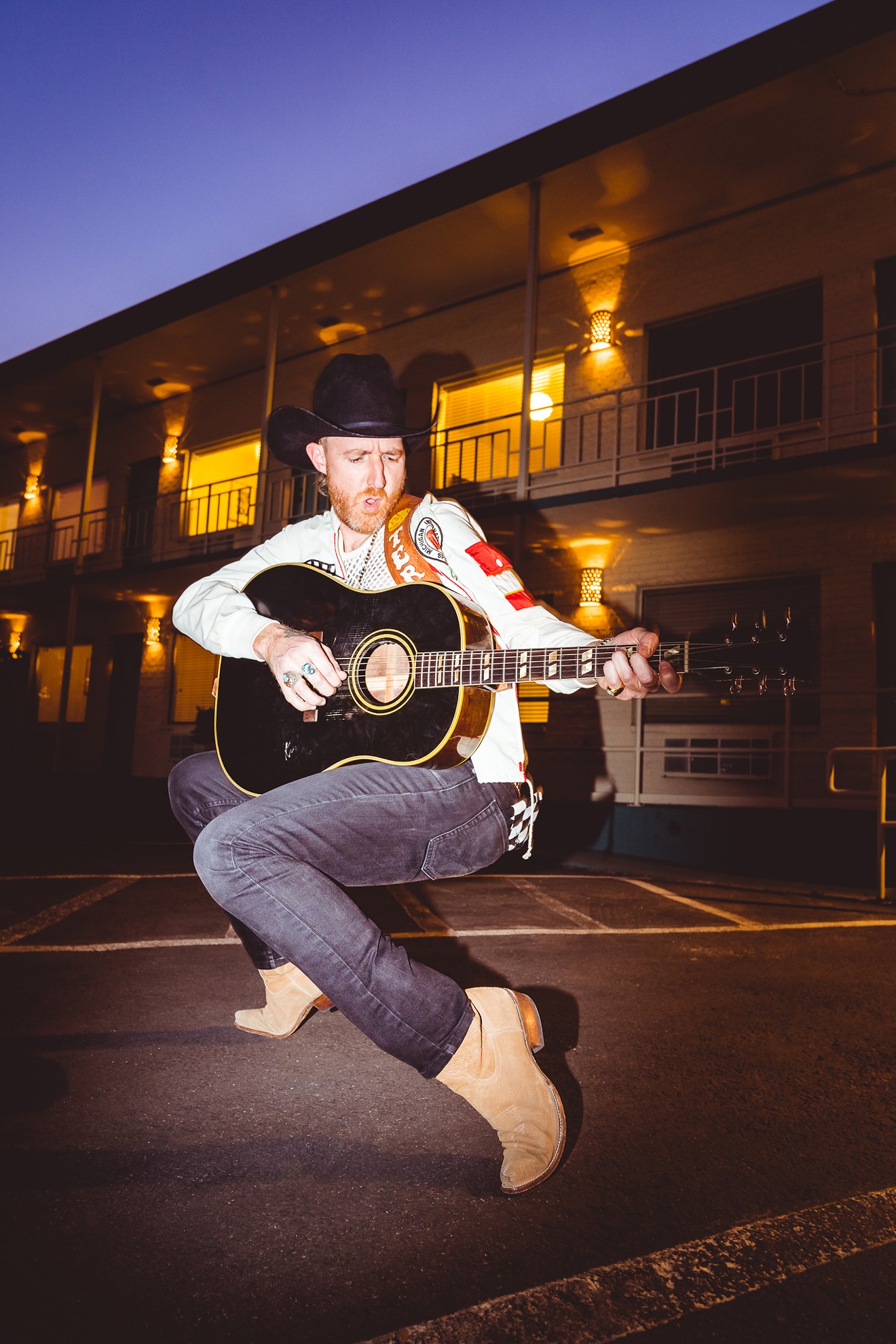 Jonathan Terrell plays Friday night July 16 at Mama Tried in Deep Ellum. Ismael Quintanilla
This is one of those weekends that many people have been looking forward to for a variety of reasons, happy and sad. It marks the return to North Texas for both Mike and The Moonpies and Slobberbone. With Record Store Day's second drop this Saturday, there are a couple of festivals taking place this week with a fine crop of local talent. There are also two memorial concerts scheduled for this weekend to honor two beloved local musicians. No matter what your reason for going out this weekend, it is time to celebrate life, music and community.
Mike and The Moonpies
8 p.m., Friday, July 16, at Tulips, 112 St. Louis Ave., $15 at prekindle.com

For nearly 15 years, Austin's neotraditional country band Mike and The Moonpies made an impression on every little town in Texas with the sounds of the "countrypolitan" music of the 1960s and '70s. Their performance at Tulips Friday night comes on the cusp of the release of their new album One to Grow On, which will be available on Aug. 10. Being that it's the band's fourth full-length album release in as many years, you can anticipate a lot of new material.
Dayeater
8 p.m., Friday, July 16, at J&J's Pizza, 118 W. Oak St., $5 at the door

J&J's Pizza and its legendary Ol' Dirty Basement will be closing its doors for good come August, but they are not going out without putting that basement to as much use as possible. This Friday, J&J's will host Dayeater, a rock 'n' roll-psych trio from Austin. With mind-blowing chords that are as heavy as they are fuzzy, it's hard to believe that vocalist and guitarist Jesse Lee only has one hand. Three bands will be supporting the touring act: The Infamists, Maestro Maya and The Altitude.
Sevit
8 p.m., Friday, July 16, at Three Links, 2704 Elm St., $12 at seetickets.us

Last year, Sevit made the Dallas goth scene proud when it signed to the Peruvian record label InClub Records and effectively took the local goth scene global. After a long wait, the group's album On the Edge of a Darker Place is finally seeing a vinyl release. To celebrate, the band will be playing a release party Friday night at Three Links with a little help from Rosegarden Funeral Party, Circle Burn and DJ Death Church.
Jonathan Terrell
9 p.m., Friday, July 16, at Mama Tried, 215 Henry St., $10 at prekindle.com

Jonathan Terrell, Austin country musician and part-time disco DJ, has made a full recovery after vocal chord surgery and is ready to bring down the house Friday night at Mama Tried in Deep Ellum. Terrell's brand of country is fitting for all who love country and most who don't. His songwriting prowess and engaging storytelling can make even the most skeptical country outsiders shed their preconceptions and dare to two-step.
Doc's Record Store Day Bash
1 p.m., Saturday, July 17, at Doc's Records, 2628 Weisenberger St., Free

If you're looking to learn a little more about the local music scene, but the weekend night crowd is just not your thing, here is a perfect opportunity to catch four great local bands in the daylight hours outside of a bar. As part of their Record Store Day celebration, Doc's Records in Fort Worth will host a lineup of the area's favorites — The Cush, Meach Pango, Lorelei K and The Go-Go Rillas. Oh, and it's free (the beer too)!
(Not a) Summer Hangout
2 p.m., Saturday, July 17, at Dan's Silverleaf, 103 Industrial St., $20 at prekindle.com

Speaking of killer lineups in the daytime, Dan's Silverleaf in Denton will host a little festival for those looking to get an earlier start on live music. The (Not a) Summer Hangout features a mix of talent including country singer Isaac Hoskins, singer-songwriter Claire Morales and the legendary alt-country band out of Denton, Slobberbone — and that is just half of what is planned for the day's events.
DK Nick Memorial Show
6 p.m., Saturday, July 17, at Three Links, 2704 Elm St., donations encouraged

Last year, Dallas punk band Noogy lost their drummer Nick Helm at age 24. Plans for a memorial show were scheduled and rescheduled, but now that the people have returned to Deep Ellum, the time is right to give the young drummer the memorial he deserves. Aside from Helms' old band Noogy, some of his other favorites will play Saturday night at Three Links, including Calculated Chaos, Screwtape and Dead Weight.
Gerald's Birthday Bash
4 p.m., Sunday, July 18, at Rubber Gloves, 409 E. Sycamore St., donations encouraged

Another local musician we lost more recently, Gerald Howard Holt III, will have his memorial show on what would have been his birthday. Holt was a fixture of the Denton music community and will be honored with performances by his former band Springtime and The Changes as well as his favorites: metal band Mountain of Smoke, psych band Mother Tongues, indie-rock band the Dimaggios and many more Sunday at Rubber Gloves.
Sevendust
6 p.m., Monday, July 19, at House of Blues, 2200 N. Lamar St., $29.50 at livenation.com

It's hard to believe that Atlanta metal band Sevendust has been around for almost 30 years, but the vast discography doesn't lie. The group's latest album Blood & Stone debuted in the No. 2 spot on Billboard's Top Hard Rock Albums list and No. 10 on their rock albums list. Their show Monday evening at House of Blues - Dallas will have opening support from Texas singer-songwriter Austin Meade and Oklahoma rock group Kirra.
Damien Jurado
8 p.m., Wednesday, July 21, at Tulips, 112 St. Louis Ave., $18-$65 at prekindle.com

Singer-songwriter Damien Jurado kicks off a short summer tour through Texas Wednesday night at Tulips in Fort Worth with opening support from Texas indie singer-songwriter Katy Kirby. Jurado's latest release, his 17th album, The Monster Who Hated Pennsylvania, is a collection of 10 stories about strength and determination in the face of incredible adversity.
KEEP THE DALLAS OBSERVER FREE... Since we started the Dallas Observer, it has been defined as the free, independent voice of Dallas, and we'd like to keep it that way. With local media under siege, it's more important than ever for us to rally support behind funding our local journalism. You can help by participating in our "I Support" program, allowing us to keep offering readers access to our incisive coverage of local news, food and culture with no paywalls.
Make a one-time donation today for as little as $1.