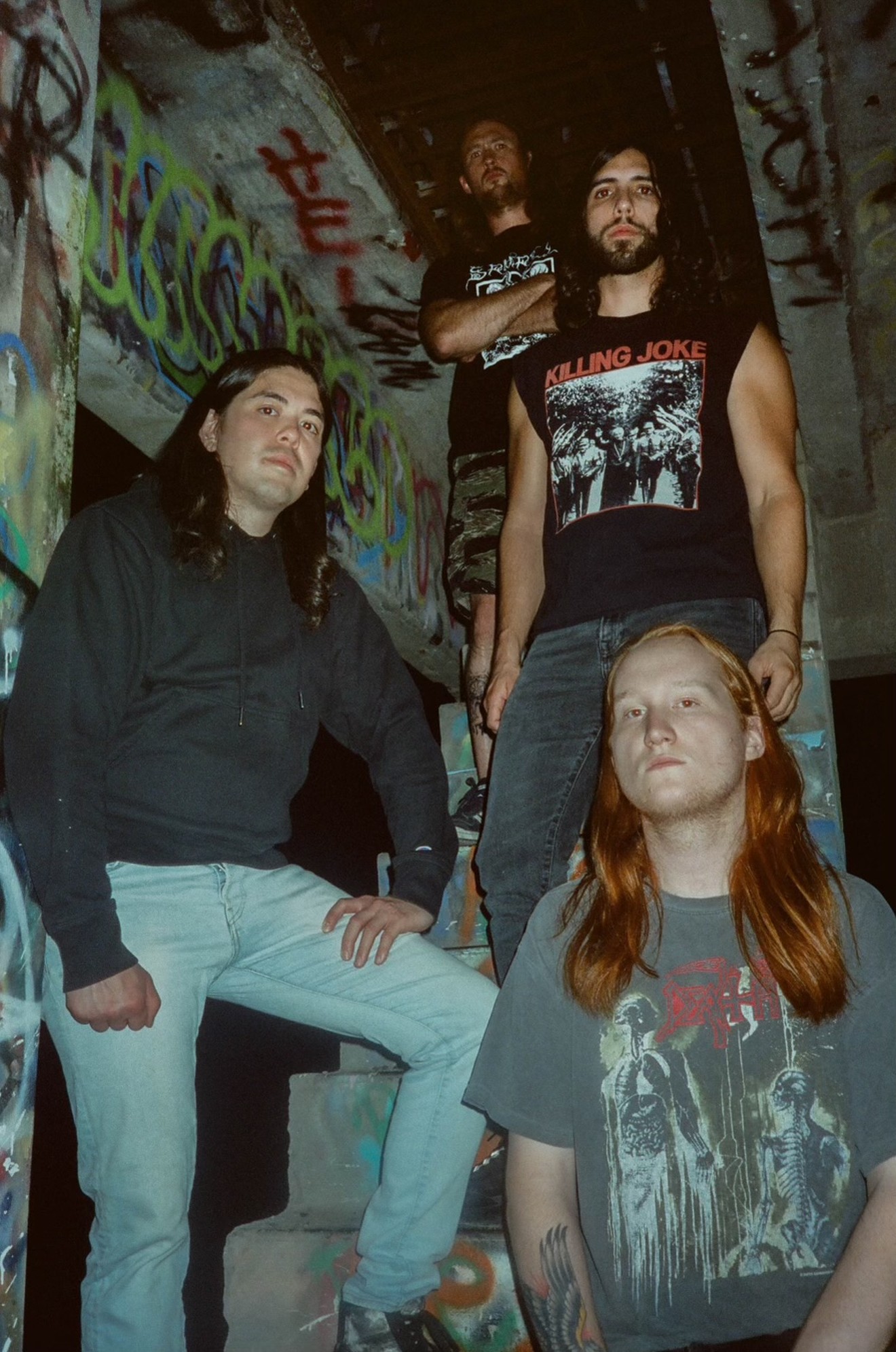 Fugitive is playing its first show on Aug. 13. Will Mecca
Texas' metal scene is as punishing as they come, and now, it's got a new supergroup to contend with: Fugitive.

Earlier this year, Power Trip lead guitarist Blake Ibanez proposed an idea to his friend, Skourge's Seth Gilmore: They should start a new band. Gilmore thought so, too.

Taking a break from working on Fugitive tracks at Cloudland Studio, Ibanez details the band’s genesis.

“I was able to find a niche where it sounds like the stuff that I write for Power Trip, but it's different, and it’s a different tuning,” the guitarist says. “It opens up some new doors for different types of songs and riffs. It was just kind of like a blank canvas. It was like, no rules.”

Ibanez is a founding member of Power Trip, which skyrocketed to metal stardom back in the 2010s. North Texas’ Creeping Death has also carved a foothold in the market, having recently wrapped a tour with U.K. extreme metal legends Carcass.

To Ibanez, Fugitive's music is similar to what he’d generally write but different in key ways. Creeping Death and Power Trip pummel listeners’ eardrums at breakneck, Slayer-esque speeds, he says. But Fugitive’s tempos run in the range of Venom or Motörhead, something they like to call “thrash ‘n’ roll.”

Mullins notes that with both his and Ibanez's respective bands, everything’s planned well in advance. By contrast, he was asked to join Fugitive in the spring. They're already looking to release songs sometime this month and will play their first show in August.

“It’s come to fruition very quickly,” Mullins says, seated in the cool studio on a sweltering day in June. “It’s nice having something new, and it’s just refreshing. Not that I don’t enjoy what I’m already doing, but having a breath of something new is always nice. I’ve very much enjoyed this.”

The band is in talks with metal label 20 Buck Spin to drop their upcoming EP in physical format — maybe tape first and vinyl down the road. One of its cuts will be a cover of "Raise the Dead" by Swedish black metal pioneers Bathory.

Fugitive writes tracks that are rooted in reality. One’s about the time Gilmore was arrested and thrown in jail, Ibanez notes. Another centers on an old Fort Worth red-light district called Hell’s Half Acre, a rough area once overrun by debauchery and murder.

Ibanez is proud of everything Power Trip has done, but he says that after being in the same band for so long, it was fun to pursue something fresh and unbound by a set sound. It’s a new leaf on the Texas heavy-music-family-tree, grounded in the same region but branching off with a distinct approach.

Along with titans Pantera and Iron Age, Power Trip helped sear Texas’ scene on the subversive music map. But tragedy struck when frontman Riley Gale, 34, died unexpectedly in August 2020. Power Trip’s momentum screeched to a halt, although they’ve since hinted at new offerings.

While Ibanez takes music seriously, he's also focused on soaking up the present.

“Having fun while you’re doing it and enjoying the moment, enjoying your company, enjoying the things that happen along the way is very important,” he says. “At any moment, things can change very quickly. Things can change permanently. You could not have a band or an ability to play a show for a period of time, so you have to appreciate those moments.”

Working on music with the other Fugitive members has forged strong bonds, Ibanez says. Whether jamming in the practice space or grinding it out in the studio, the time spent together creates a unique dynamic. It’s sort of like belonging to a heavy-metal fraternity, he adds: Instead of “fast friends,” you become “actual friends.”
click to enlarge Ibanez and company are looking forward to the show and to playing more gigs. They’re excited for what's next.

“I mean, we don’t really know what’s going to happen — we all have our respective bands — but it’s cool to start more projects, make more art, put more stuff out there that will be around forever and build your repertoire,” he says. “It’s cool to be able to do that.”
KEEP THE DALLAS OBSERVER FREE... Since we started the Dallas Observer, it has been defined as the free, independent voice of Dallas, and we'd like to keep it that way. With local media under siege, it's more important than ever for us to rally support behind funding our local journalism. You can help by participating in our "I Support" program, allowing us to keep offering readers access to our incisive coverage of local news, food and culture with no paywalls.
Make a one-time donation today for as little as $1.