The walls at Hershey's have become an homage to Chicago (mostly). EMayne
Texans take pride in being a major contributor to the culinary world. The Lone Star State has unselfishly given the world such unforgettable things as breakfast tacos, Dr Pepper and Big Red. Although it’s debatable where it all began, we can all agree that Texas barbecue is one the best things that the third coast has bequeathed to the world.

With the growing number of people moving here to find refuge from other states, so grows the need to satisfy varying appetites. Chicago restaurateur Anthony "Hershey" Jones is stepping up to the challenge.

Hershey’s Palace is located along the newly paved streets in downtown Arlington near two local landmarks: J. Gilligan’s Bar and Grill and Shipley’s Donuts. At first glance the menu is overwhelming. They serve a variety of foods that stretch from Italian, Greek and Americana to soul food. My goal was to try the items that were uniquely Chicago, like the Italian beef sandwich or the Chicago-style pizza. But after further consideration, I gravitated toward the special of the day: jerk wings with a side of cabbage and baked macaroni and cheese.

Just to play it safe, I also got the fried wings and shrimp basket. 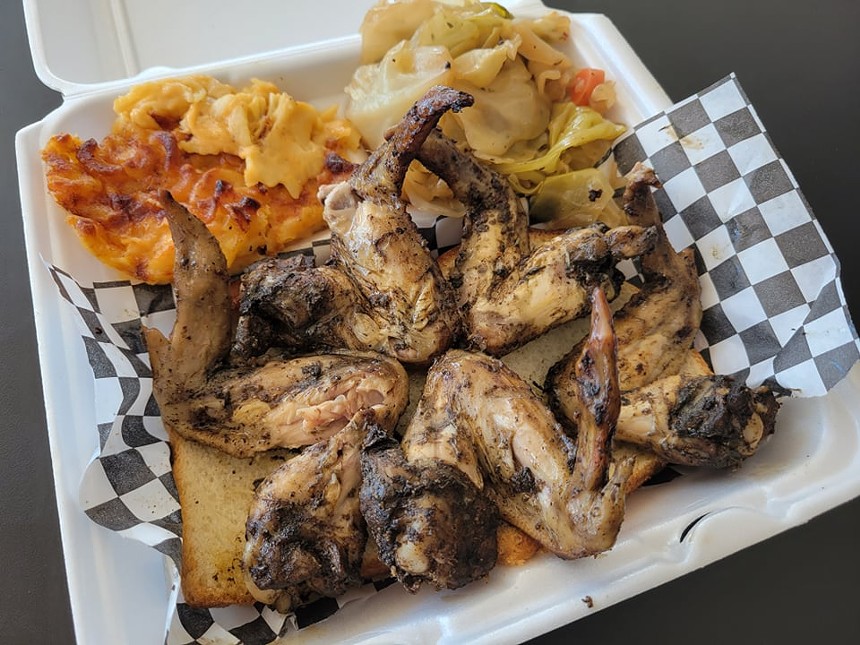 Jerk wings with cabbage and macaroni and cheese
EMayne
I will be completely honest, I was skeptical. When I see a menu as big as the Cheesecake Factory's, I wonder how one place masters that many types of food. But after one bite of the jerk wings, I remembered never to judge a book by its cover.


The wings were perfectly cooked and fell apart on impact. They were gone all before I even touched my sides. The sides, too, were solid, although an afterthought from those flavorful wings. The baked macaroni and cabbage took me back to the old-school soul food cooking from my own mother’s kitchen.

The chicken shrimp basket was just as memorable. This place definitely does not hold back on the seasoning. The shrimp was large and in charge and the chicken was crispier than a deacon’s suit collar on Easter Sunday. This chicken will have you humming the gospel.

The shrimp and chicken basket
EMayne
Hershey likes to get to know everyone who walks through his doors, and he takes pride in what he does. I overheard him tell another patron that a woman once called him 30 minutes away in Lake Worth and asked him to drop the chicken at a specific time, so it could be hot and ready upon her arrival. And he was happy to oblige. When a customer drives past a hundred chicken joints but ignores them all because only your food will do, that's when you know you have something special.

When Hershey came to my table, I had to ask what makes the cooking uniquely Chicago. He told me that he gets all the ingredients that he uses for his seasonings from Chicago. Something as simple as powered celery salt versus granulated changes the whole flavor profile.

Hershey's added a full bar and dining room this year.
EMayne
This place seems to be more than just a restaurant. It's more like a friendly neighborhood co-op that just happens to have phenomenal food and banging daiquiris. Hershey’s also hosts live music events and poetry every Thursday night in the dining room and bar they added this year.

Getting through the full menu make take some time especially if you take a detour with the stellar weekly specials, but that is a challenge that might be worth trying.

Hershey's, 513 E. Abram St. (Arlington), 11 a.m to 9 p.m. Monday - Thursday, 11 a.m. to 10 p.m. Friday and Saturday, Noon to 8 p.m. Sunday.
KEEP THE DALLAS OBSERVER FREE... Since we started the Dallas Observer, it has been defined as the free, independent voice of Dallas, and we'd like to keep it that way. With local media under siege, it's more important than ever for us to rally support behind funding our local journalism. You can help by participating in our "I Support" program, allowing us to keep offering readers access to our incisive coverage of local news, food and culture with no paywalls.
Make a one-time donation today for as little as $1. 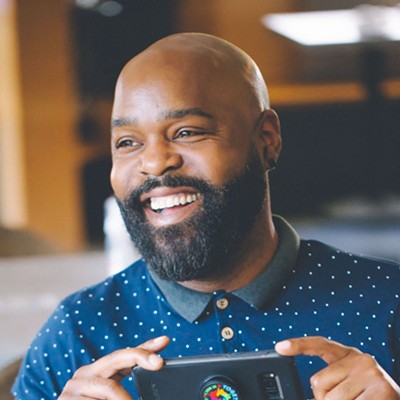