A mushroom taco and ceviche from a recent La Chefita pop-up. Anthony Macias
Mollie Guerra says she has been cooking for as long as she can remember. Growing up, she followed her mother around the kitchen trying to help in any way she could. She was born in Corpus Christi, her family moved to Dallas when she was 10 years old, where Guerra says she was lucky to attend Richardson High School. The culinary program there started her life-long journey, serving as a solid foundation for her many cooking endeavors. Guerra went on to complete the three-year culinary program and earned a business degree from the University of Texas at Dallas.

Guerra says she believes the success of her business, Chef Mollie G and her pop-up La Chefita, are due to the wide range of opportunities provided by the Dallas food scene.

Growing up in South Texas also played a role. There they were surrounded by taquerias where bean and cheese tacos in fluffy flour tortillas were cheap staples that fed her whole family. These tacos would fill them on busy nights, weekends and trips to the beach. Guerra incorporates these same tacos on her menu, she just adds her chef's touch. She also serves mushroom birria tacos and other proteins that are served with her signature fresh corn and fruit pico.

Another pivotal opportunity for Guerra was being a contestant on the popular cooking show MasterChef, which she says allowed her to learn about herself and what she was capable of cooking. Afterward, she took a leap of faith, sold her house and fully committed to her business.

Since then, Guerra has opened a seasonal pop-up restaurant on Lake Texoma, started a healthy meal prep service and also specializes in corporate and event catering.

You can find Guerra delivering her meals on Mondays or at her pop-up events on the weekends. Guerra has been invited to cook at places like the Dallas Arboretum, Botanical Gardens, local breweries and various markets. Guerra says she also collaborates with other local chefs to offer seasonal, multi-course menus with wine parings these events are where Guerra says she can highlight her most adventurous dishes.
KEEP THE DALLAS OBSERVER FREE... Since we started the Dallas Observer, it has been defined as the free, independent voice of Dallas, and we'd like to keep it that way. With local media under siege, it's more important than ever for us to rally support behind funding our local journalism. You can help by participating in our "I Support" program, allowing us to keep offering readers access to our incisive coverage of local news, food and culture with no paywalls.
Make a one-time donation today for as little as $1. 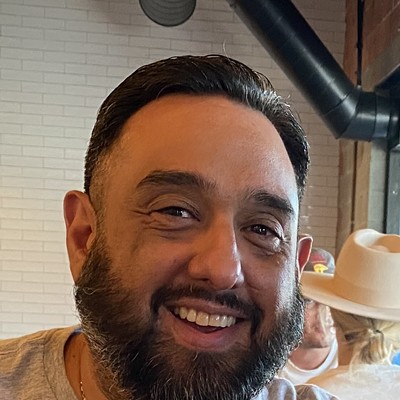