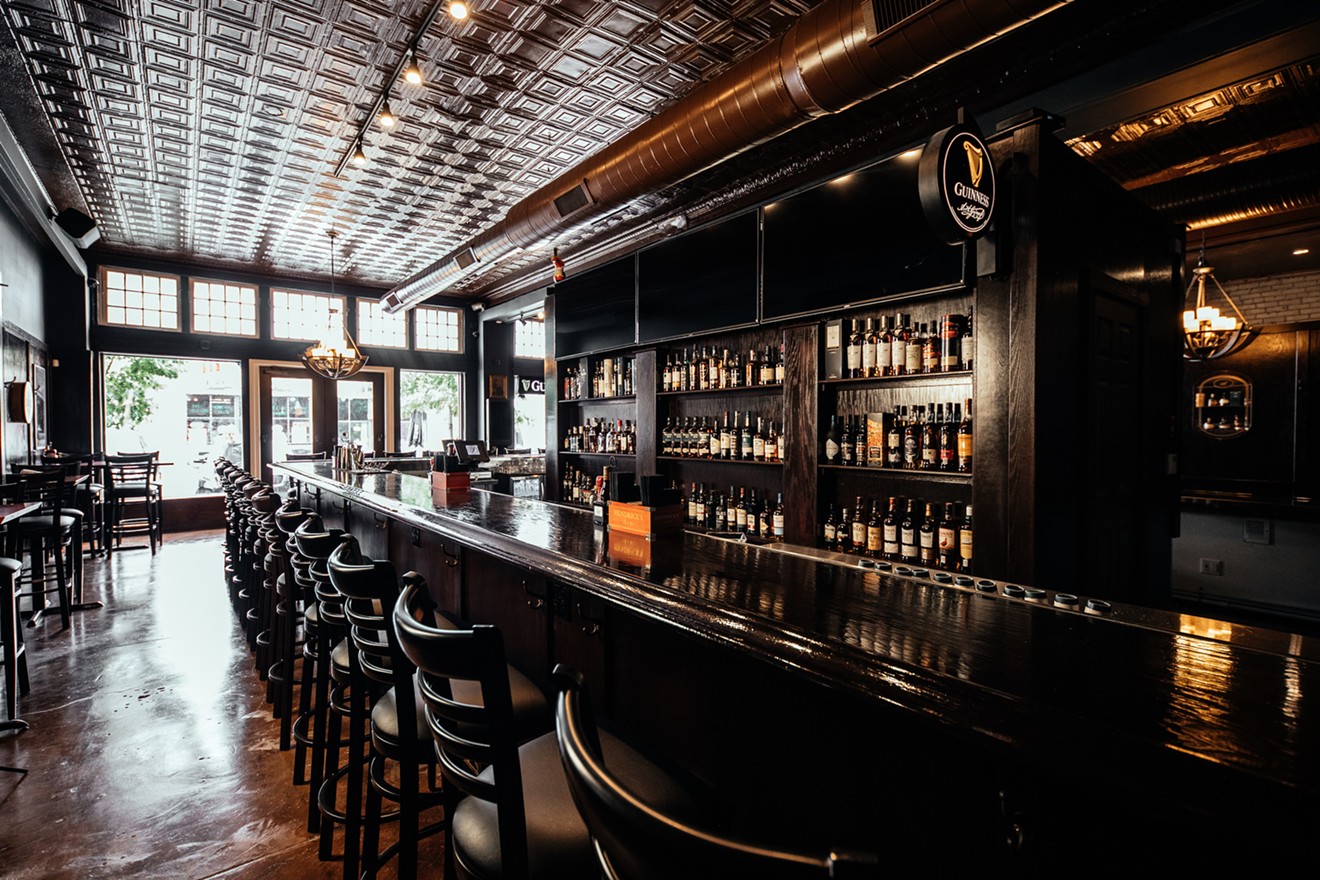 What used to be Gather Kitchen is now Cannon's Corner Irish Pub, a traditional Irish pub opening Thursday on Davis Street in the Kessler X+ neighborhood of Oak Cliff. Kathy Tran
Fans of Dallas Irish pubs Crafty Irishman in downtown and The Playwright in the Arts District can head a little south for a new sister pub: Cannon's Corner Irish Pub, which "promises to offer a neighborhood focused traditional Irish pub experience," opens Thursday at 1314 W. Davis St., steps from The Kessler Theater.

"Opening to the public on Thursday, May 16 in one of the oldest, most historic buildings in the quaint and thriving community of Oak Cliff, owner Alan Kearney brings his authentic Irish background and appreciation for community to his latest concept," according to a press release. In the release, Kearney said this part of town reminds him of where he opened his first bar in South Dublin. "I appreciate the history has been well cared for, which is important to me coming from Ireland, keeping the same culture and tradition of the area," Kearney says. 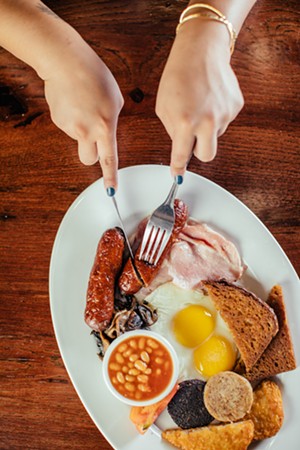 Cannon's will serve breakfast all day, including a massive traditional Irish breakfast.
Kathy Tran
Cannon's is located inside what used to be the short-lived Garnish Kitchen and before that, Bouchon 1314. Its building was built in 1922 and renovated in 2014, according to the release, and the building is "appropriately known as Cannon’s Village after Cannon’s 5-Cent store became the anchor tenant in the 1950s."

As you can imagine, Irish beer is the star here, with more than 25 on tap and 200 Irish whiskeys and scotches.

Once open, Cannon's will serve lunch, dinner, weekend brunch and late-night food daily, according to the release.

Cannon's will serve everything from Scotch eggs to bangers and mash and fish and chips.
Kathy Tran
"Cannon’s Corner will give guests what they need: sustenance and beverages in a comfortable, authentic and friendly environment for them to come back time and time again," according to the release. "Cannon’s Corner Irish Pub represents the soul of the Irish pub: the community of home."