As Some Lower Greenville Eateries Struggle, the Blind Butcher Tries Something New: Honesty 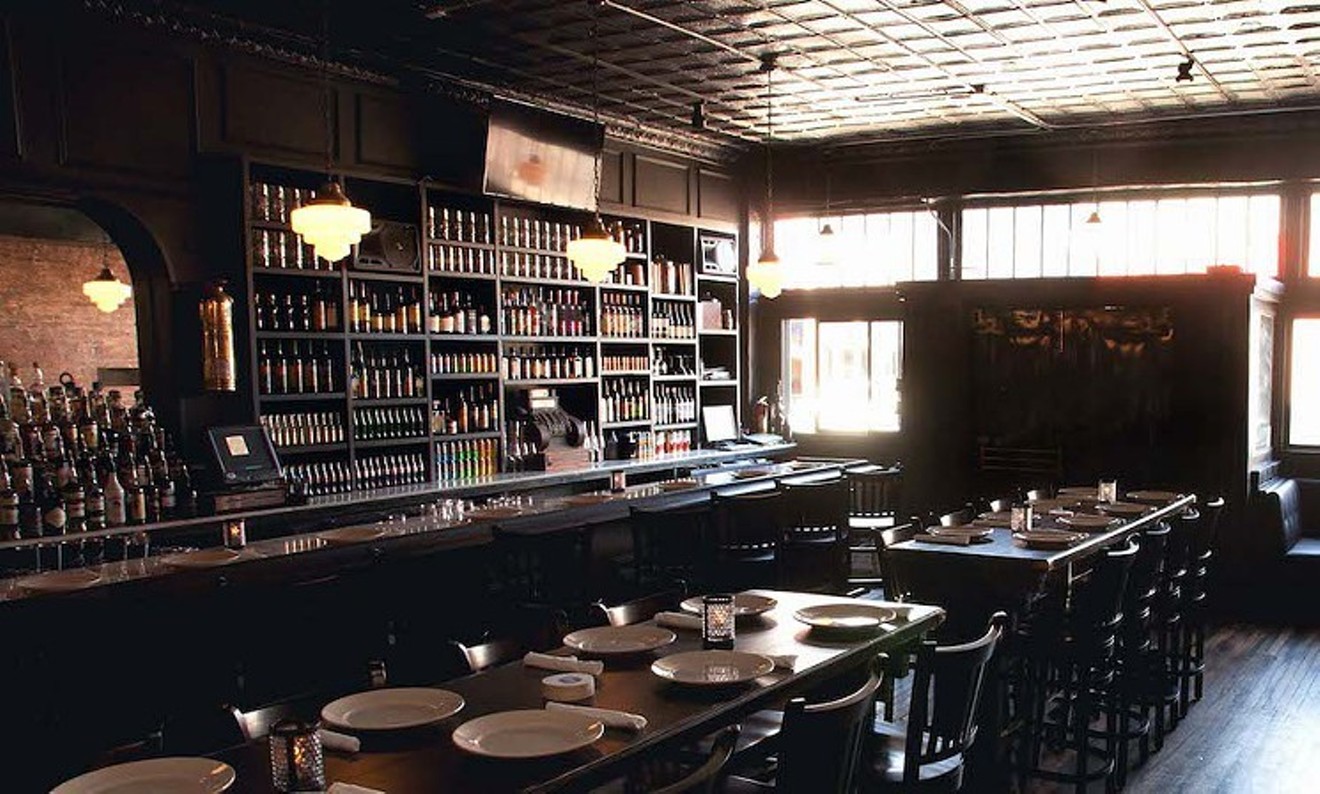 The Blind Butcher on Lower Greenville. Joy Zhang
In the last two years, Lower Greenville — particularly Lowest Greenville, with its high concentration of food and drink destinations — has seen a number of high-profile restaurant closures. Clark Food & Wine, C'Viche and Remedy closed in 2016, with some owners citing heavy construction and parking issues as factors. Longstanding seafood institution Daddy Jack's closed in May, as did Crown & Harp, a 20-year-old dive bar and music venue. The Bottle Shop, a craft beer seller, closed in January 2017, citing changes in the neighborhood as a factor.

"We couldn't be happier about all of the development in the area, but the parking isn't really conducive for retail business, i.e., you can't just park, run in and get a growler filled or grab a six-pack and get outta there without having to valet park or walk half a mile," Stephanie Roethlisberger, the former general manager, said at the time. "So, in essence, it's just time."

Now, another Lower Greenville bar and restaurant is opening up about its struggles.

"Truth be told, the last 18 months have not been kind to us, either," the Blind Butcher's owners posted on Facebook on Wednesday afternoon. "Construction on Lower Greenville and more and more restaurants opening across the city have put a hurt on us, too. So instead of just closing the doors, we are choosing to fight back."

Starting Jan. 15, owners Matt Tobin and Josh Yingling — the duo behind Goodfriend Beer Garden and Goodfriend Package — are "jumping behind the bar" to serve customers and tend bar Monday through Thursday with Josh Uecker. The twist? All of their tips will go right back into the business.

"Not only do you get to see our smiling faces, eat food prepared by our up-and-coming chef Ernesto Garcia and drink whiskey 'til you’re happy, but we will also be taking 100 percent of our tips and putting them right back into the business," Blind Butcher's owners wrote on Facebook. "We figured we would put our boots on and get back to what got us here in the first place, bartending and showing you a great experience at Blind Butcher. We will be offering a scaled down and more concise beer, cocktail and food menu while we work through this tough time."

While Yingling, Tobin and Uecker will reinvest their tips in the business, all other employees will continue to keep theirs, Yingling tells the Observer.

"I would never ever even allow the staff to give up their tips or livelihood in order for us to make it better," Yingling says. "The fact that they are going through this and fighting for it is all that matters to me."

Bars and restaurants close all the time — it's a cutthroat industry with heavy competition and razor-thin profit margins — but it's unusual to see an eatery be so forthright about what's happening behind the scenes. And a lot is happening; last year, Blind Butcher also lost its high-profile chef and one of its founders, Oliver Sitrin, when he left to join the team at Bullion.

"This is not a notice for pity but as realistic small business owners, we wanted to face the facts head on and give everyone, including ourselves, a chance to fight for this city’s restaurant scene and our place in it," the Facebook post reads. "It is our hope that you guys will come out and support us. Because if we don’t come together as a city and really support the independents, the locals, the little guys, we will just become another statistic in this ever evolving culinary world.


"This is not a notice for pity but as realistic small business owners, we wanted to face the facts head on and give everyone, including ourselves, a chance to fight for this city’s restaurant scene and our place in it." – Blind Butcher on Facebook

"If this notice doesn’t get you to come to Blind Butcher to help or give it another try, go to a place you haven’t been in a while or a new locally owned place. Trust me, we could all use the help."

The post got a lot of engagement — nearly 750 shares and 2,000 likes as of Thursday afternoon — and other Dallas bar and restaurant owners have praised it.

"Love the honesty. Love these guys. Every word [they say] is 100 percent legit," Brooke Humphries, the restaurateur behind Mudsmith, It'll Do Club and Pints & Quarts, wrote on Facebook. "Dallas populace ... go to the places [you] love that are owned and operated by locals."

"To be honest, I had no idea this post would get so much attention," he tells the Observer. "It’s amazing and humbling to see that so many people care and are being supportive about this. When I wrote it, I just wanted to get across that we want to bring back the idea of hospitality in this business. You know, when you walk into a bar and the bartender knows your name and actually wants to show you a good time. It’s all about people and the people in this community. And the response has been overwhelming."

Too often, we only find out about our favorite restaurant's struggles when it's too late. With this refreshingly honest post, Yingling and his partners have given diners a chance to fight for the locally owned restaurants that make the Dallas dining scene what it is. It also serves as a reminder that the Blind Butcher really is an institution worth fighting for.