Cultures Collide with Lord of the Wings’ Spicy Elote Wings 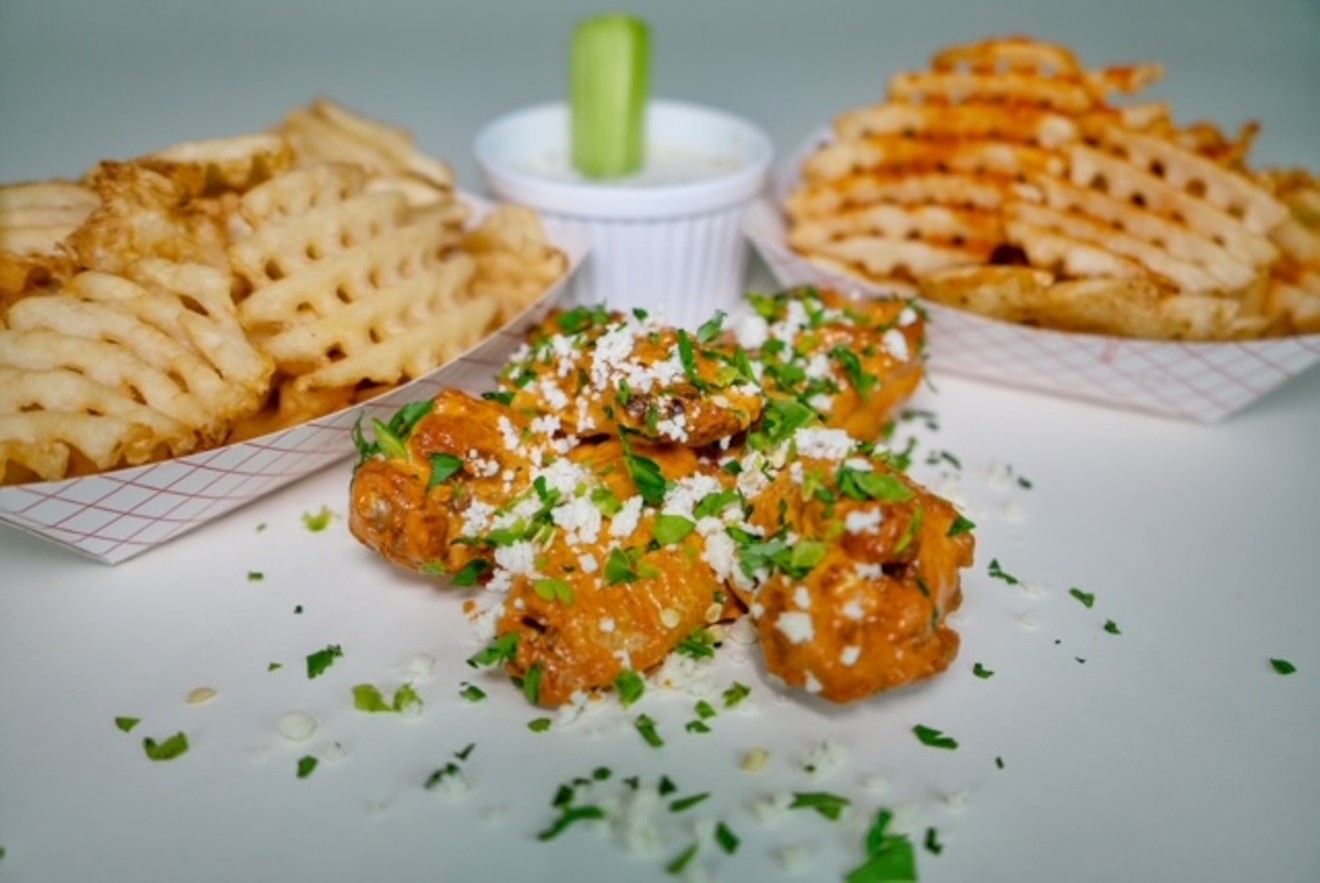 King of Wings spicy elotes wings are made with a secret family recipe. Jahaziel Ortiz
Oak Cliff’s culinary offerings are as diverse as the population. Everything from savory tacos to creamy, spicy tikka masala can be found in the 87-square-mile neighborhood. It is also the only neighborhood in Dallas where one can get a crispy batch of elote-flavored chicken wings.

Pop-up restaurant Lord of the Wings combines the best of two worlds with its exclusive specialty elote and spicy elote flavored wings.

“The spicy elote is our number one seller — that is definitely something I hands down have never seen anywhere else,” Lord of the Wings owner and chef Victor Hernandez says. “The elote is our main staple, it is what got us to where we are now.”

The sauce is a twist on an American classic. It combines American comfort food, chicken wings, with traditional Mexican street food, elote en vaso, which is corn in a cup, just as the name implies. Traditionally, steamed corn kernels are served in a styrofoam cup and combined with butter, lime juice, sour cream, mayonnaise and salty cheese. The result is a rich buttery crunch bathed in a sweet creamy dressing with a bit of tang. Add a dash of chili powder and hot sauce and it's addictive.

Hernandez combines all the ingredients, sans corn, to create a wing sauce like no other.

“When the cream or mayo and the chile and the queso all mix together, you kind of have that little sauce. That's exactly what we put on a wing,” Hernandez says.

The concept of Lord of the Wings was born in Hernandez's kitchen during the onset of the COVID-19 lockdown. Hernandez gives credit for the idea to his sister, who urged him to try his hand at an elote wing recipe she found online during the pandemic. With a few tweaks to make it authentic to the street food, Hernandez had a sauce he was confident in. But he knew he had to reel clients in with tried-and-true wing flavors.

Since its first remote pop-up at Tiny Victories in March 2021, Lord of the Wings has become an Oak Cliff favorite that sells out regularly. For this year’s Super Bowl, the business sold 1,200 wings straight out of the Hernandez home kitchen.

To get a taste of the action, wing enthusiasts can preorder wings via Instagram on Wednesdays for pickup from Hernandez's home kitchen. Pegasus Brewery’s downtown location hosts the pop-up on Thursday nights. On Saturday nights, Lord of the Wings, alongside other pop-up eateries, sets up shop at 820 E. Eighth St.

Through word of mouth, the flavor has boosted demand to as many as 2,000 wings in one night. But don’t ask Hernandez exactly what gives his number-one flavor its spicy kick. That’s a secret he’s not giving up.

“It's a family recipe,” he says. “I always thought it was so cheesy when people said, ‘No, that's a family recipe’ and blah, blah. But being in this position now, I eat my words, I take it back. I'm sorry for mocking you guys.”
KEEP THE DALLAS OBSERVER FREE... Since we started the Dallas Observer, it has been defined as the free, independent voice of Dallas, and we'd like to keep it that way. With local media under siege, it's more important than ever for us to rally support behind funding our local journalism. You can help by participating in our "I Support" program, allowing us to keep offering readers access to our incisive coverage of local news, food and culture with no paywalls.
Make a one-time donation today for as little as $1.