Dallas, You’re on Notice: Tacos de Birria at Chilangos Will Ruin You. Just Let It Happen. 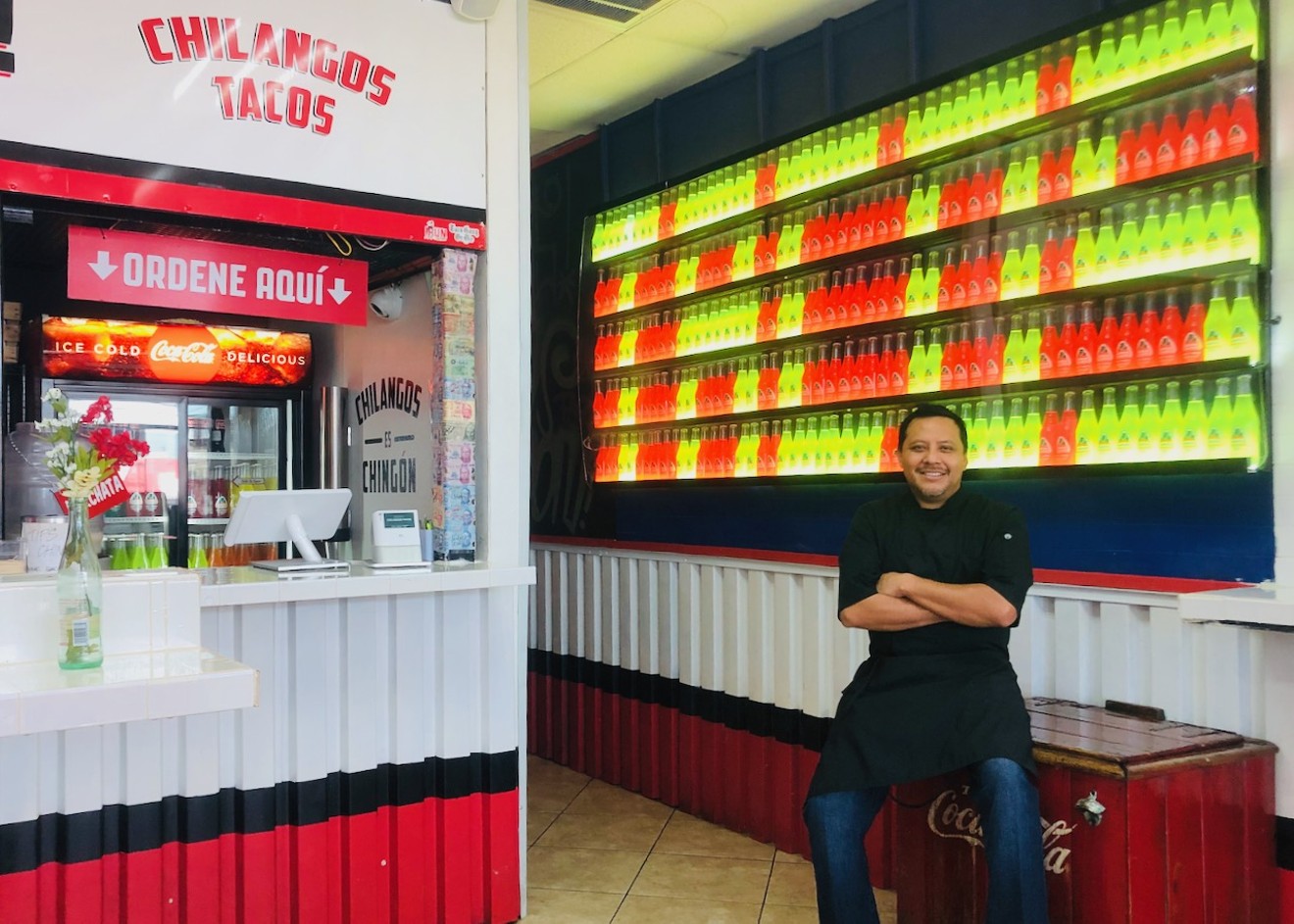 It’s been a long time coming. Both, originally from Mexico City, missed the places they frequented there. More specifically, the taco carts.

After finishing his finance degree at SMU, Garay followed a path to Wall Street, but the scene just wasn’t doing it for him. In his last semester at school in an entrepreneur class, he was tasked with creating plan for a new business. While his classmates prospected for the next big app or Uber, Garay still just wanted good tacos. And after years of reluctantly dressing up in suits, he pulled out that old college taco business plan.

“I even bought a food trailer, but I didn’t know anything about regulations, and it turns out you can’t have those in Dallas,” says Garay with a laugh. “So, I put it back up for sale, and guess who is the first buyer who messages me? This guy.”

Meet Joel Mendoza, who also wasn't privy to Dallas food trailer code. Mendoza learned to cook in high-profile kitchens in Mexico City, such L’Olivier with Olivier Lombard (Mendoza puts his hand over his heart when he mentions him).

Lombard taught him about the importance of local, fresh ingredients, technique and cleanliness. Mendoza also worked at the famed Pujol, recently named as the 12th best restaurant in the world, before moving to Dallas to work at Stephan Pyles’ San Salvaje.

After parting ways with the trailer, Garay and Mendoza operated a food truck, La Botana, for more than a year before finding a permanent spot in a busy strip mall along an even busier Harry Hines Boulevard.

The interior of Chilangos is clean, bright white, a stark and refreshing contrast to the busy street and sky outside (it’s right under a flight path for Love Field — not a bad place to watch planes if you’re into that). White subway tiles are paired with red, black and Topo Chico accents.

Diners arrive in a mix of dusty construction boots and polished dress shoes. The prices make the food affordable, the flavor, spices and freshness make it highly desirable. The most expensive taco is $2.25.

The tight menu has a section for tacos, quesadillas and sides (elotes or chips). For the fillings, you can get hongos (caramelized mushrooms), carne asada, pastor, campechano, barbacoa or pollo. Those are your basics and what’s on the menu.

Let’s go off the menu. Because who wants to stay on the regular everyone-orders-that menu if you don’t have to?

My new BFFs (bye old BFFs), a hongos taco aside a costra taco
Lauren Drewes Daniels
La costra (or crust) taco is a prominent part of the highlight reel here (the middle item in the picture above). Garay explained the popularity of this taco can be attributed to one cart outside of a dance club in Mexico City. Monterey Jack cheese is melted directly on the grill until it coalesces and morphs into its own luscious entity. Meat is added to the middle, if you’d like, then the entire thing is folded and set into the middle of a tortilla and sprinkled with cilantro and onions. Ask for the pineapple salsa to top it off.

And as good as that sounds, Mendoza is cooking another dish, this one from Jalisco, and it's even harder to find in these parts. 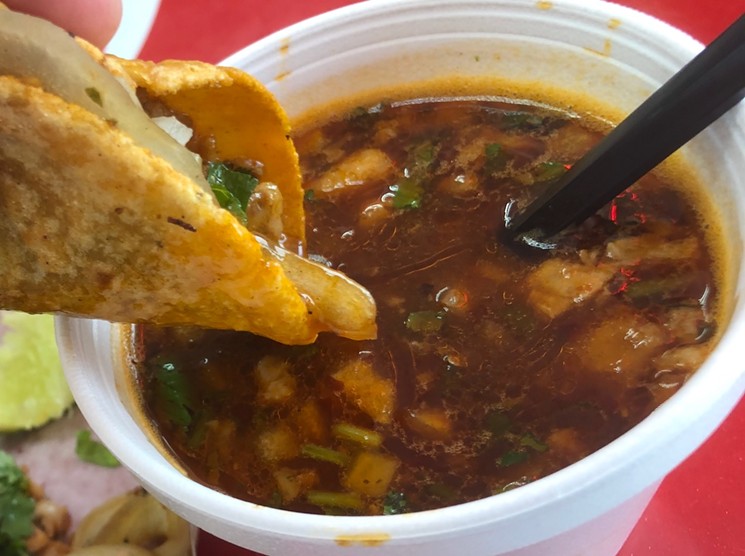 Tacos de birria, Scene 2
Lauren Drewes Daniels
The construction of this taco is salacious. In broad terms, it's like a tacos dorados, but doused and dipped in a beefy Mexican stew. A tortilla is placed on a griddle then Mendoza ladles beef broth over it, then covers it in cheese. That part alone is amazing. But that’s not all! The actual “birria” is slow-stewed beef magic, which is served in a bowl on the side. So, you dip your taco in the stew before you eat it. Chilangos has a video on their Instagram stories if you’d like to watch how it’s done.

Like I said, it'll ruin you. But, just let it happen.

Chilangos, 10777 Harry Hines Blvd., Suite 130. Open 10 a.m. to 11 p.m. Monday through Thursday; 10 a.m. to 11 p.m. Friday and Saturday; 10 a.m. to 10 p.m. Sunday.
KEEP THE DALLAS OBSERVER FREE... Since we started the Dallas Observer, it has been defined as the free, independent voice of Dallas, and we'd like to keep it that way. With local media under siege, it's more important than ever for us to rally support behind funding our local journalism. You can help by participating in our "I Support" program, allowing us to keep offering readers access to our incisive coverage of local news, food and culture with no paywalls.
Make a one-time donation today for as little as $1.