You can have your Dave & Busters, your fine felt tops, your designer cues. Some of us like to play pool, not billiards, and you can only do that at a dive, a place where you might actually get your pink-boy butt whupped if you act a fool. We like a place that is committed to pool, not offering tables as part of its catch-all theme-park approach. A pitcher during happy hour, a few sticks, and a roomful of tables. That's the way we like it, and that's the way Cuckoo's serves it up.

When it comes to putting on a show, the Gypsy Tea Room is the Big Kahuna. It has all of the intangibles: The bar is out of the way, yet close enough so you don't miss anything; the sound is usually perfect; and you can see the stage clearly from just about anywhere in the place, except maybe the bathroom. On top of all that, it's beautiful inside, like a brass-and-wood dancehall from way back. But we haven't even come to what Gypsy does best: music. No matter what kind of music you like, Gypsy does it, and does it better. Steve Earle (who performed at the club's grand opening), Built to Spill, Patti Smith, Macy Gray, Ween, Knife in the Water, Del tha Funkee Homosapien, Grandaddy, Luna, Macha, Bright Eyes, Sebadoh, The Jayhawks, 20 Miles, Monte Montgomery, Blackalicious, BR5--49, Wilco--they've all played there at some point. And all the best local groups make regular appearances as well, including Centro-matic, Earl Harvin Trio, Sub Oslo, Pleasant Grove, Mandarin, Stumptone, and The Old 97's, just to name a few. The New Year, the new band from Bedhead's Matt and Bubba Kadane, made its Dallas debut at Gypsy. In the few years it has been in business, Gypsy has only gotten better, and it doesn't appear this trend will end any time soon. As long as it's still in business, every other club in town is playing for second place. Believe that. 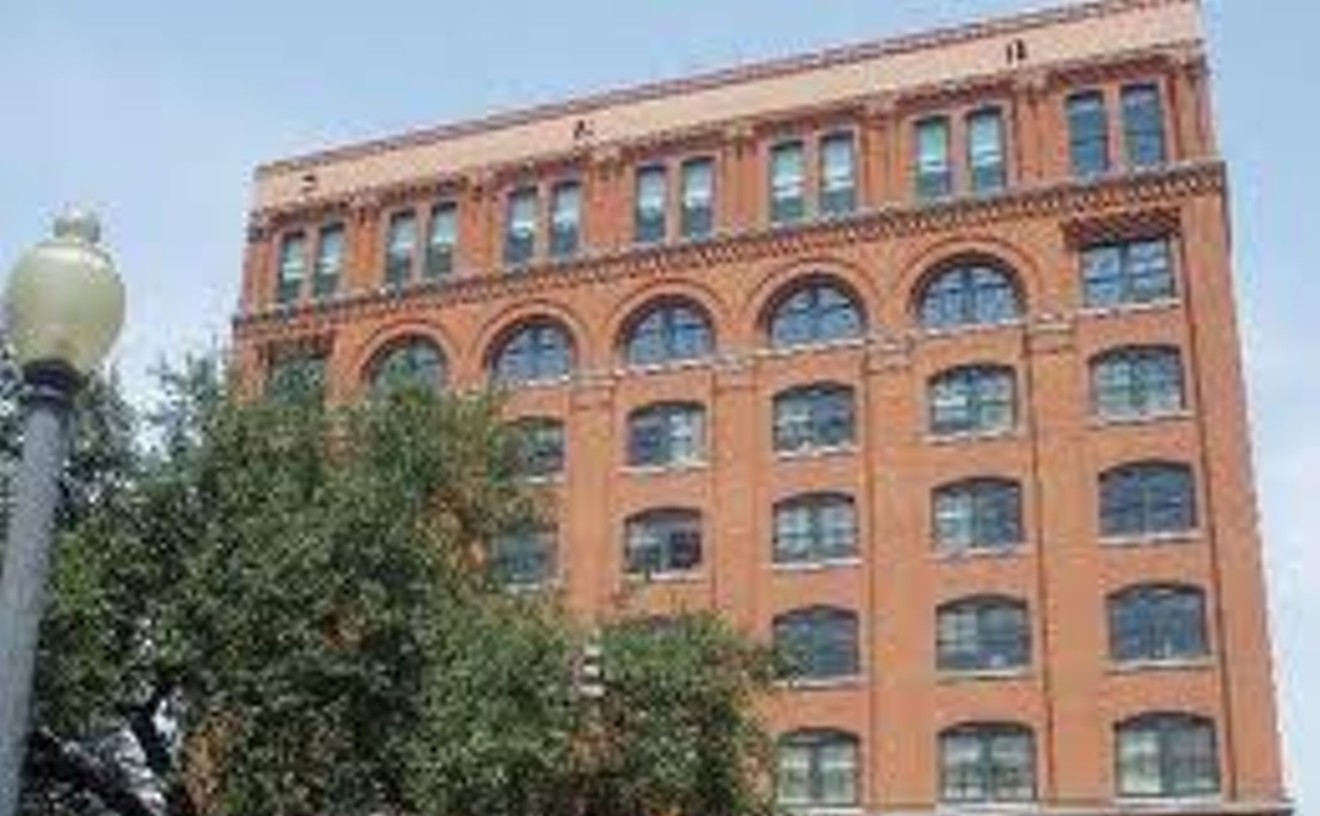 You see it all the time in Dealey Plaza: human squirrels tempting fate by standing on the white spray-painted X where John F. Kennedy was shot by anywhere from one to 30 gunmen. Never mind that you are standing in the middle of Elm Street, in a town whose citizens disregard all pretense of Texas courtesy while behind the wheel of a vehicle. How long before some tourist secures a place in history by getting smushed by a Ford pickup on the same spot where Kennedy met his violent fate? Maybe then there will be two white X's on the road.

The World is Too Much With Us. Wordsworth could have had lovely Dallas in mind when he penned his famous early 19th-century poem. Ever get sick of living amid more cement than grass? While you're still alive, spend some time at Restland Funeral Home. There are 350 lush acres to roam, and the graves are inconspicuous enough, making it a peaceful place to leave the city behind for a while.

It's true you can't just waltz, a passel of pikers in tow, onto this specially designed park at the Dallas hospital for children with severe orthopedic problems. But if you call ahead and make a reservation, this place can provide all ages of childish folk hours of safe and athletic fun. The play area's surface is covered with a soft, spongy material so you have less worry about scratched knees or broken bones.

Swiss Avenue is poised at the center of a whole bunch of socio-economic bubbling and brewing, rich and poor living pretty much cheek-by-jowl, separated only by the alleys and the cars they drive. The magic of Swiss in the evening is that nobody drives a car: Everybody walks, or, more properly, promenades. Especially on summer evenings when the temperature drops--as if it ever drops--people pour out of all manner of dwellings, low and tall, to push their babies, pull their dogs, walk with lovers or stroll alone with their thoughts, up and down this gracious old divided boulevard. It's worth driving to; lots of people do. If more aerobic pursuits are on your mind, this section of Swiss is almost exactly one mile long, making it the ideal length for an up-and-back morning run, when the sprinklers are sweeping across the majestic lawns and the gardening crews are getting to work. Using the sidewalk, you see, is the only thing non-residents can really do here. And what a sidewalk it is. Wide enough for people and dogs to coexist. Flat enough, because in this precinct, people even repave their sidewalks when they begin to buckle. In other words, they foot the bill, you provide the feet.

One-stop shopping for the softball nut with slow-pitch league games and tournaments-men's, women's, and co-ed--never ending. They're closed just two weeks out of the year, during the Christmas and New Year season, much to the chagrin of the die-hards. There are four lighted fields, a full-service concession stand that no heart doctor would go near, ample seating, and a pro shop that offers everything from balls, caps, bats, and gloves to sportswear and name-brand medication for those blisters and pulled muscles suffered by the middle-age crazies. A family affair, the clientele includes mom, pop, and the kids most nights and weekends. And, hey, if you haven't caught on with a team, bring along your glove. Some team is always short-handed and desperate for someone to play right field in that 10 p.m. game. 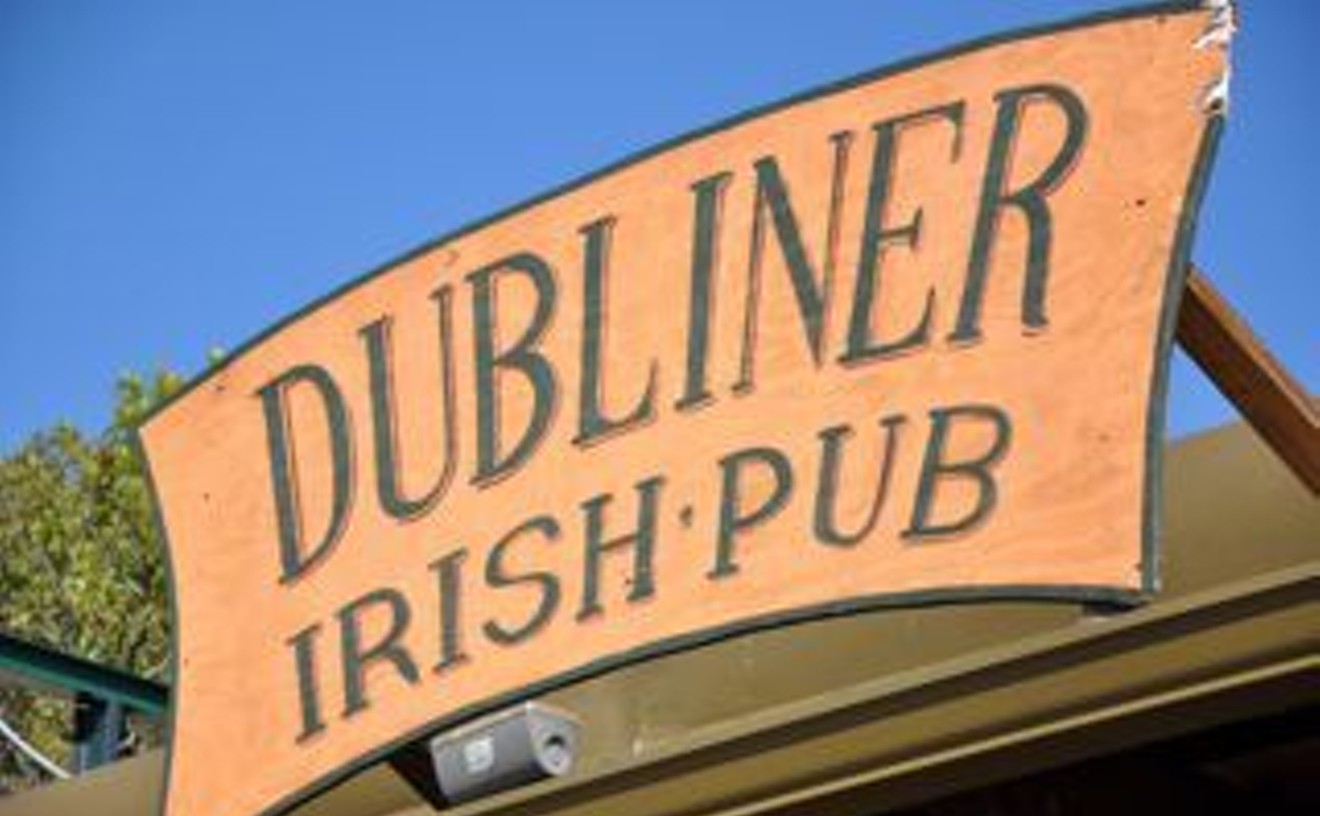 This is the anti-meat market bar on Greenville Avenue. The black-and-tans are excellent, as are the deli sandwiches. What else can we say? Do you want dumb jokes about Blarney Stones and Lucky Charms? Forget it, we're not into that kind of exploitation. This is a great casual watering hole where you can concentrate on what Irish pubs are all about: drinking until the road rises up to meet you at 2 o'clock in the morning. OK, so we're weak. 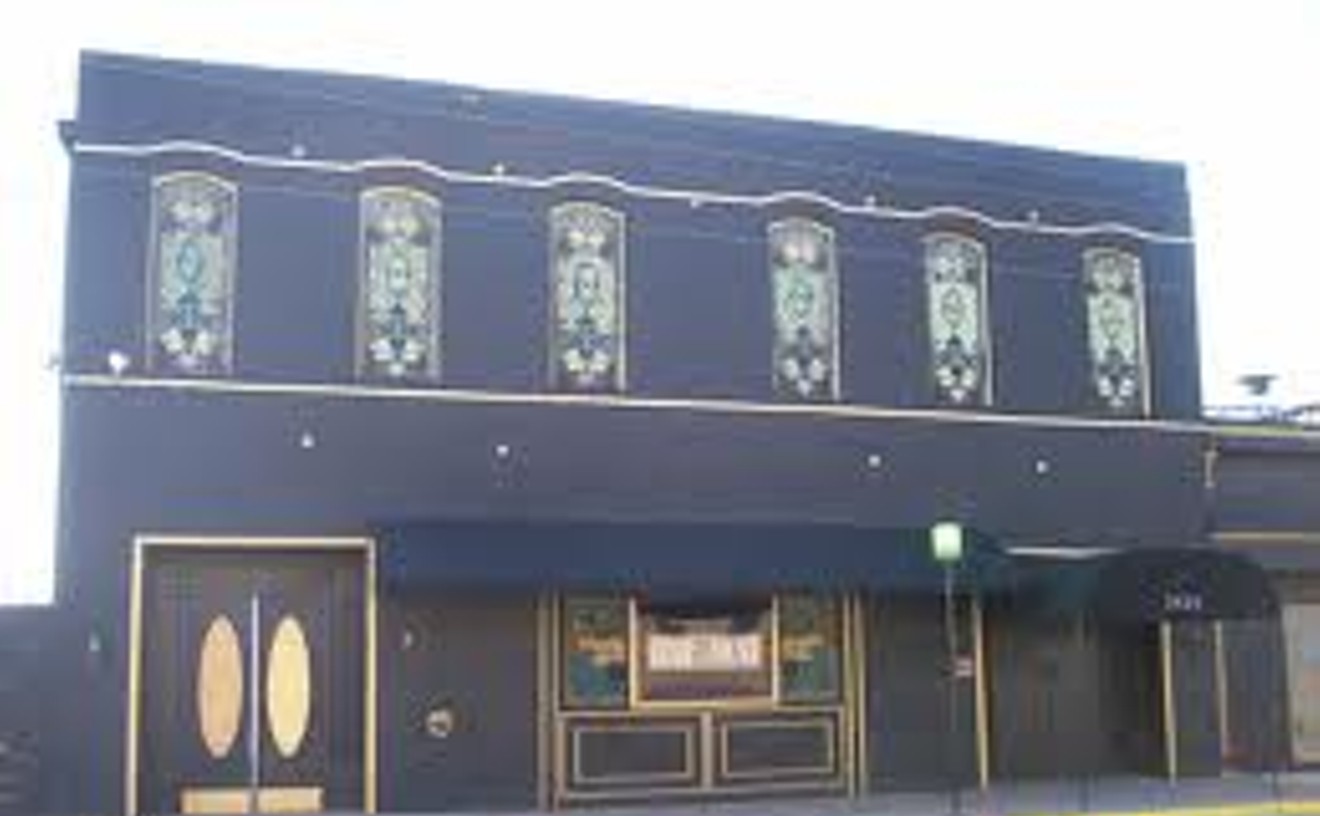 Red Jacket has made strides in the past few months, bringing in quality DJs and electronics artists (Carl Cox and BT, among others), but Lizard Lounge is still, by far, the best dance club Dallas has to offer, a simmering pit of break-beats and--at times--bare chests. It's seedy, sure, but in a way that's not out of line with what you'd expect from a top-notch discotheque. After all, what more do you want from a dance club than attractive members of the opposite sex, often clad in leather or vinyl (meow!), and the kind of music that makes you get sweaty, which Lizard Lounge has in spades, courtesy of DJs Angry John, Virus, and Merritt, among others. Bottom line: When you come home from a night out dancing, you want a beat in your head and phone numbers on your hand. You'll get all that and more at Lizard Lounge.

This is a tough category because Dallas establishments that cater to gay men tend to niche-market their clientele. If your taste runs toward pretty boys, then bars that cater to the roughneck crowd won't do for you. On the other hand, if you prefer a real man's man, then guys wearing too much mousse and too much cologne won't hold your interest. Segregation is a problem, so this year, our vote goes to the bar that's the closest to being inclusive to all. The Crew's Inn somehow holds the most popular Tuesday-night gatherings of any bar in town. The guys who show up range from a variety of male archetypes, from boys who look like GQ cover models to those who look like they just posed for mug shots. Somehow this mix works. The atmosphere is congenial, and the drink specials are good by most standards. If you can't please some of the people all of the time, at least you can please yourself on Tuesday nights.