9 Most Unusual Ranches in Texas 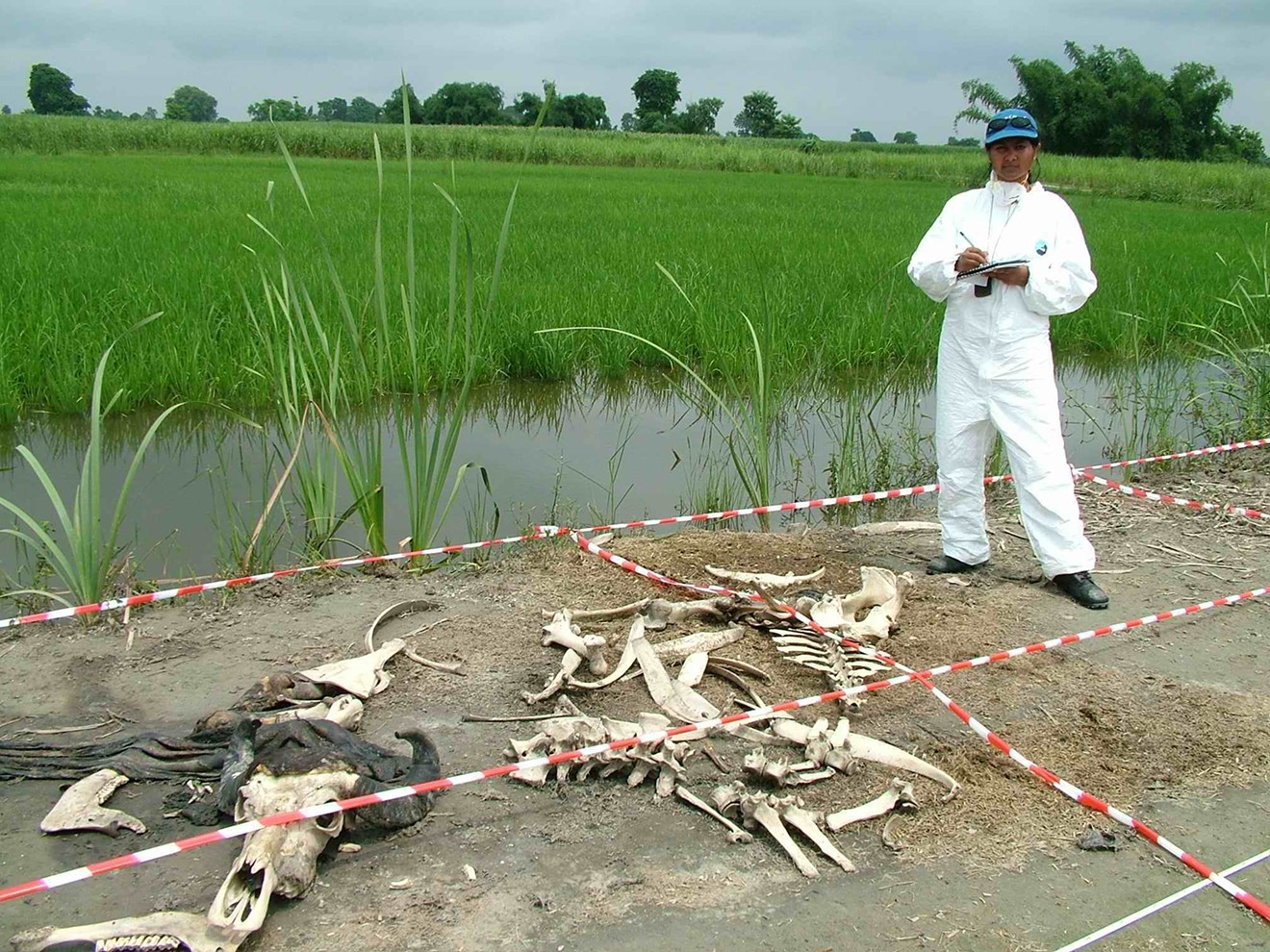 Body farms like this one study decomposition in natural settings. Freeman Ranch outside San Marcos studies humans. Wikimedia Commons
While cattle ranches remain a staple across Texas, shaping its character and fueling its economy, other ranches use their land in more unusual ways. The ones on this list are home to everything from body farms to vintage vehicles, proving that Texas ranches are as diverse as the state itself.

Forensic anthropology researchers at Texas State University use a portion of this 4,200-acre ranch to study the natural decay of human corpses. Bodies that have been donated for scientific research lay outdoors on 26 acres where they are examined through the various stages of decomposition.

Ranch manager Chris Thomas says while the Freeman Ranch is open to visitors by appointment, the Forensic Anthropology Center is mostly off limits.

“It is a closed facility,” center director Daniel Wescott says. “We only allow researchers working with the remains and law enforcement for training into the facility.”

He adds that researchers are generally accustomed to the smell, and the corpses are caged to protect them from vultures “unless they are being used in research where vultures are part of the protocol.”

The outdoor, human decomposition research laboratory is spatially “the largest of its kind in the world,” the center’s website says. And once the bodies are removed from the facility, the skeletons are kept on-site for future studies.

While rocks and minerals lay scattered on ranches around the state, it's becoming more difficult to find a ranch where you can scout for them.

Some ranches are being sold, says veteran rockhound Teri Smith, and new owners either have liability concerns or simply do not want anyone on their property. But Stillwell Ranch welcomes visitors to hunt for and keep whatever they find for 50 cents per pound.

“You can drive right up to the Stillwell, walk in the store, and say, ‘I’d like to go rock hunting,' and that’s not a problem,” she says. “None of the other ranches are available like that.”

Smith, who leads guided tours to Stillwell and other ranches from October through April, says plume agates, which have a feather-like distinction, are plentiful in the area. However, the region’s higher elevation, and its hotter, drier climate, means rock hunts typically do not take place during the summer months since people can find themselves in a medical emergency rather quickly in the South Texas heat.

Stillwell’s ranch manager John Miller, who recalls triple-digit midnight temperatures, says rock hounds are allowed to hunt until about mid-June on roughly 5,000 acres of the nearly 7,000-acre ranch which, until about six years ago, was a working cattle ranch.

Miller says agate, jasper, chert and flint, as well as some Native American artifacts, can be found on the land, which also has an RV Park and camp store. 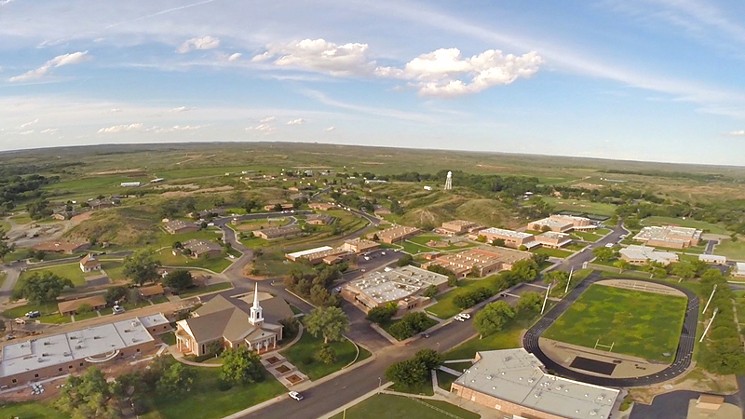 Cal Farley’s Boys Ranch got its start after rancher Julian Bivins donated about 120 acres of land northwest of Amarillo in 1938. Today, the ranch is about 800 acres, and while it is not a town, per se, it does function like one, according to Cary Varnado, senior director of marketing and communication.

The nonprofit provides housing and services for the 250 boys and girls who live there at no cost to their families, and also hosts an annual Labor Day rodeo which will be held this year on Sept. 2. Varnado describes the ranch as “a place where young people can really turn their life around.” 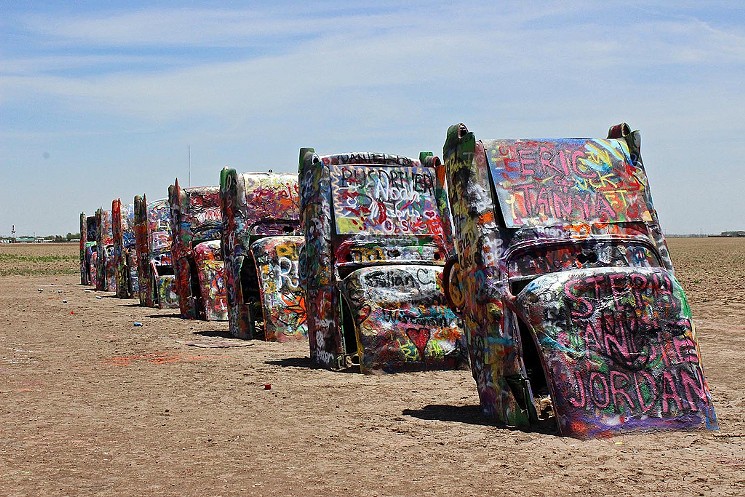 The Cadillac Ranch is not a stretch of property but rather an art installation consisting of 10 vintage Cadillacs buried nose down, with their back ends jutting out, in a field along Interstate 40 west of Amarillo.

The artistic endeavor was planted in 1976 by a group of California artists known as the Ant Farm and funded by eccentric millionaire Stanley Marsh, who died in 2014. The cars have since been stripped of many of their original parts, and at one point were transplanted a few miles from their original location.

Public engagement has become part of the ever-changing exhibit, where visitors are not only welcomed onto the property but encouraged to spray paint graffiti on the classic cruisers. 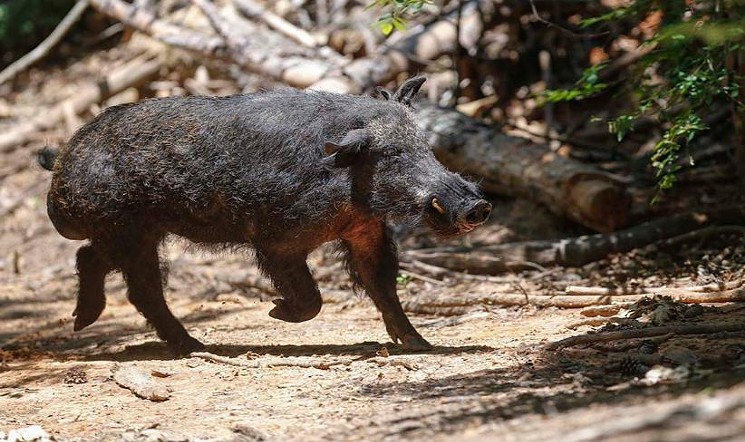 It’s open season on wild boars year round in Texas, and at the Langley Ranch, hunters can roam across pastures, along creek beds, and in thick brush on 300 acres in search of the feral hogs.

“We hunt them day and night, 24 hours a day, seven days a week, all year long,” rancher Joe Langley says. “It never slows down.”

Langley tries to maintain one hog per acre inside a 40-acre fenced thicket on his property, he says, because free range hogs are smart, nocturnal and will “take you places you don’t want to go.”

The ranch also has another 20-acre fenced off section, but people can hunt for the hogs anywhere, and Langley says he also leases an additional 200-hundred acres of swampland nearby.

“If hunters want to hunt down there, they can get after it,” he says, but with no guarantees.

The wild hogs are an unprotected species that “may be taken by any means or methods at any time of year,” the Texas Wildlife Department website says. “There are no seasons or bag limits. However, a hunting license and landowner permission are required to hunt them.”

While the 825,000-acre King Ranch maintains bragging rights as the largest ranch in Texas, the Waggoner ranch, which was established in 1849 by Daniel Waggoner and sprawls across six counties, made waves around the globe when the land went on the market in 2014 carrying a $725 million price tag.

Waggoner Ranch was “the most expensive real estate in the world,” The Guardian wrote of the property, which sold to billionaire rancher and sports team owner Stan Kroenke. 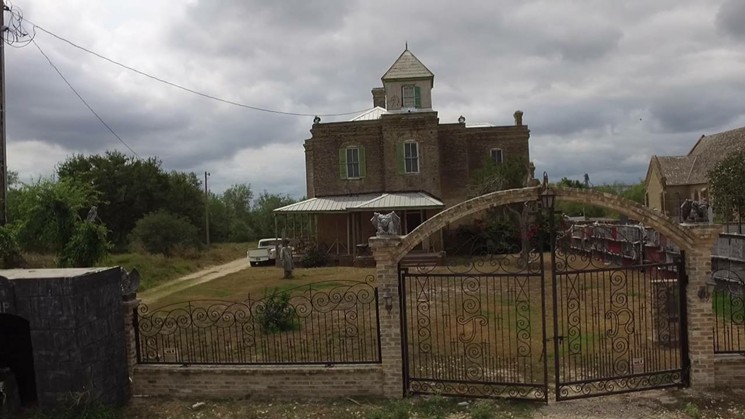 Georgina Gonzalez says her parents bought the main house of Toluca Ranch a few years ago because her mother longed to live in an historical home. However, they later decided to open a haunted house there instead, as a charity fundraiser for their nonprofit RGV [Rio Grande Valley] Helping Hands.

"Established in 1880 by Florencio Saenz, [Toluca Ranch] is the last surviving hacienda style ranch in the Valley,” reads an excerpt from nearby Weslaco Museum. “It includes St. Joseph’s Chapel, dedicated in 1899, its distinctive, Italian-style ranch house built in 1903, and the Saenz Store which dates from 1908."

The store has since burned down, Gonzalez says, and the Fernandez family maintains ownership of the Gothic Revival church that sits next to the two-story, five-room ranch house, complete with a watchtower.

“There used to be a lot more houses on the property,” Gonzalez says. “And everyone knows the legend in the area.”

There are tales of Al Capone bootlegging liquor through the ranch during Prohibition, Gonzalez says, as well as talk of an underground tunnel into Mexico. Other legendary folklore she would rather not talk about. 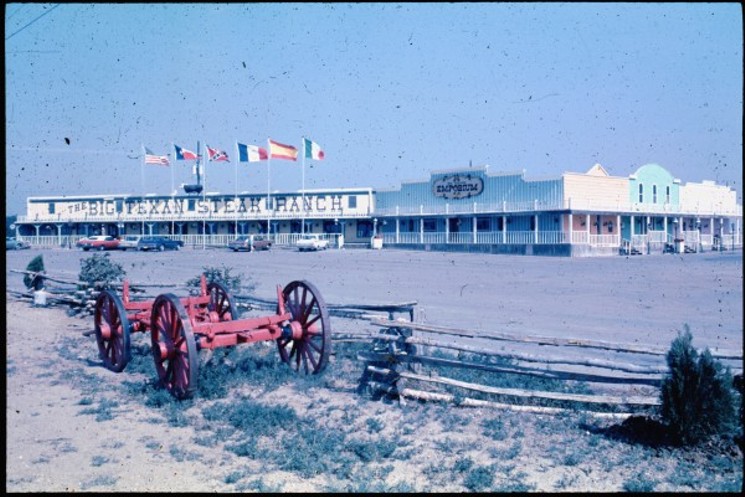 Here’s another Amarillo ranch that is not all about the land but instead about the beef. The steakhouse hawks a free, king-sized meal to anyone who can eat the whole dinner consisting of a 72-ounce steak, baked potato, shrimp cocktail, salad and a roll with butter in less than hour. The legendary eatery also offers a horse hotel, craft beer – including a rattlesnake IPA – and free limo pickup. 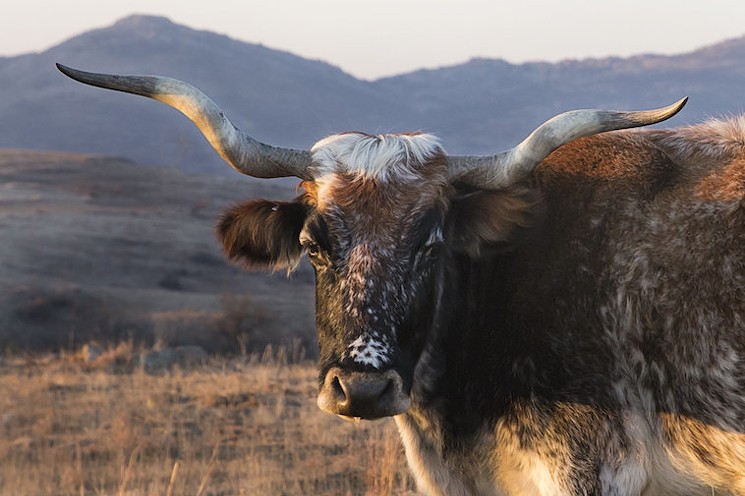 Touted as the largest state park in Texas, this ranch sprawls across more than 300,000 acres and is open year round. The land stretches along the Rio Grande, with elevation ranging between 2,500 to 5,000 feet, offering high desert views and nearly 250 miles of trails perfect for outdoor adventures such as horseback riding, hiking or biking.

A small herd of longhorn cattle are maintained for people to “see and experience what the longhorn would have looked like in the area,” Flocke says. “And we have a free range maverick population.”