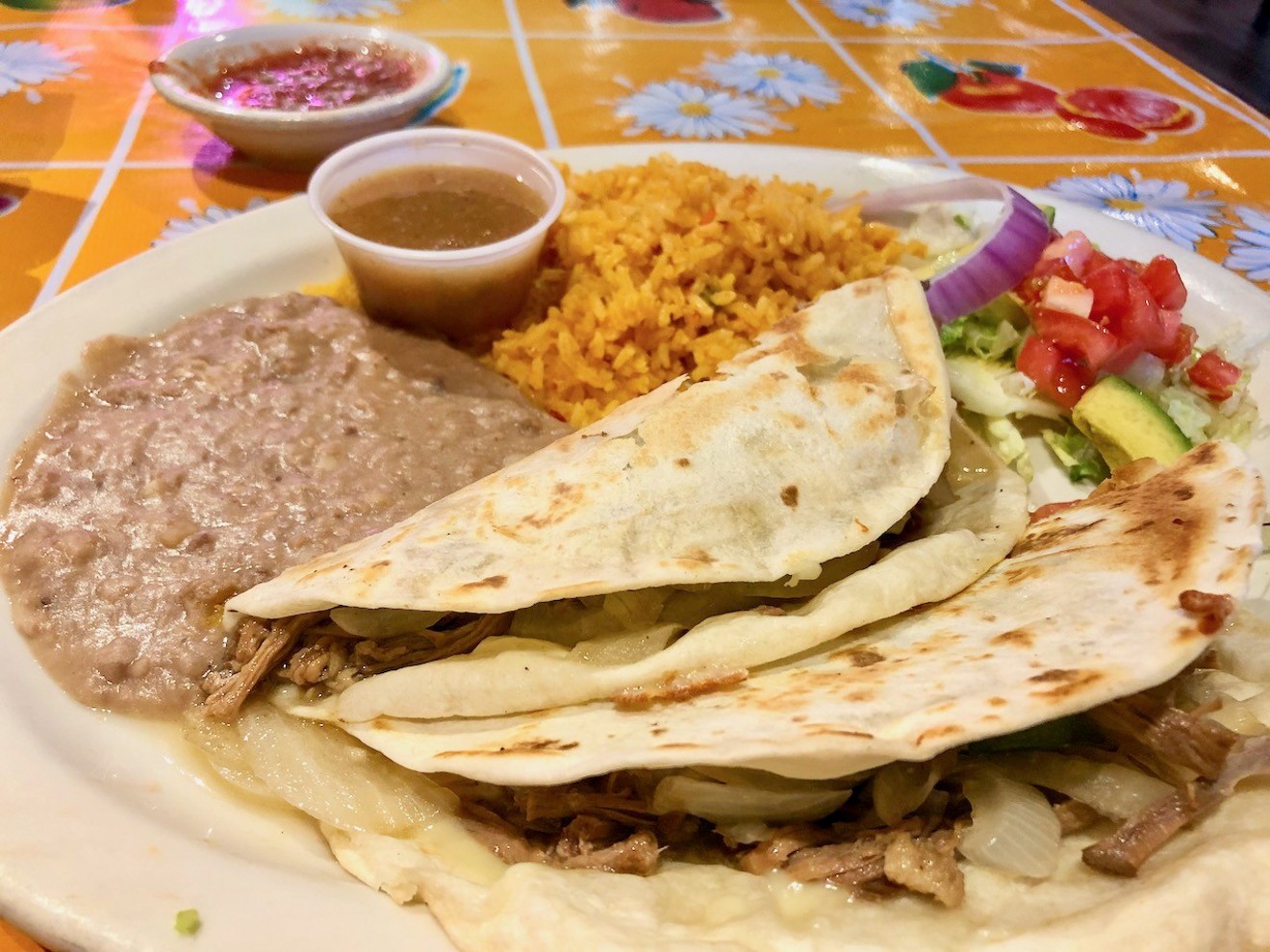 Good news: The brisket tacos made it over in the move. Lauren Drewes Daniels
Mia’s holds a special spot in many bellies and hearts across Dallas. Specifically, the spot reserved for good Tex-Mex.

The mom-and-pop restaurant originally opened in 1981 and has garnered a solid following for their classic dishes of nachos, enchiladas and brisket tacos. The service is quick and polite, and the food is consistent. Plus, Tom Landry loved it. What else is there to say?

Well, actually, they moved. There’s that. But, just less than a football field up the road. If you’re driving west on Lemmon Avenue and you see the original place is closed, you’ll be at the new place before the panic is even able to take hold.

Mia's Tex-Mex's new home
Lauren Drewes Daniels
And you can’t miss it because it’s like a huge yellow flower rising aside the road. They’ve moved into what was previously BuzzBrews, slapped a truck-load of sunshine paint on the exterior and renovated the interior.

Walking in, you'll be greeted by a vibrant bar that demands you order a margarita. You can almost taste the salt on your lips just walking past.

During a recent visit, they were at 50% capacity; tables were spread at least 6 feet apart and most were full. Plenty of servers were buzzing around, all wearing masks. Chips and drinks arrived quickly. The restaurant runs like a well-oiled machine (which it perhaps is) and there's more than enough time to fit in a visit during a lunch hour. 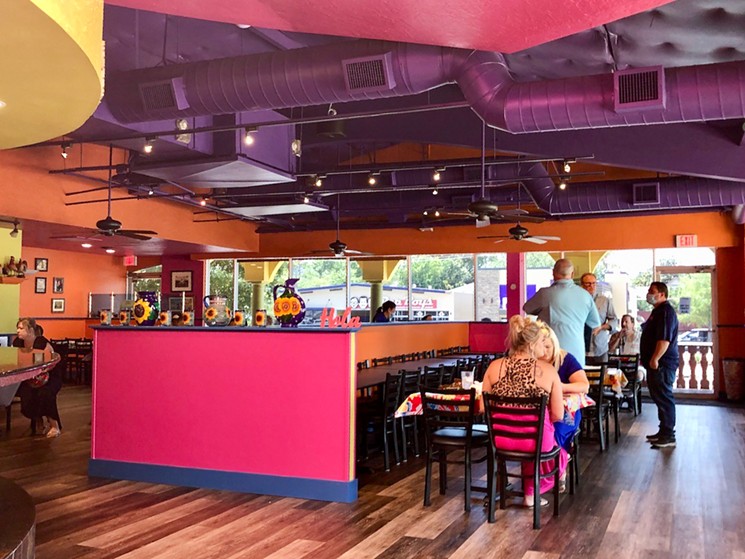 The new you-gotta-feel-alive walking into here dining room.
Lauren Drewes Daniels
Mia's wasn't using paper (or plastic) menus at the time. Instead, a server brought a clipboard with a QR code. The menu pops up on your phone screen within seconds and you’re left to wonder why we waste paper on menus, especially the one-time-use menus a lot of places have recently adopted.

In addition to a dozen or so parking spots along one side of the building, there is also a parking garage under the building.

In a previous conversation about the move, Mia, the daughter of the owners, expressed remorse about leaving behind the space her parents lovingly created. But, the restaurant desperately needed an updated space. Plus, they brought over much of the memorabilia from the old space, including the (in)famous photo of Jerry Jones interviewing Jimmy Johnson for Landry’s job as head coach of the Dallas Cowboys in 1989.

Mia told me that when “Thomas” [Landry] would eat at the restaurant, her father, Tiburcio “Butch” Enriquez, would take down that photo. They had become good friends over the years. Butch never went to another Cowboys game after Landry was dismissed. Even a mild-mannered Cowboys fan has to appreciate that loyalty.

And the brisket tacos.

Mia's Tex-Mex, 4334 Lemmon Ave. Open 11 a.m. to 9:30 p.m. Monday; 11 a.m. to 10 p.m. Tuesday through Thursday; 11 a.m. to 10:30 p.m.  Friday and Saturday; and 11 a.m. to 9 p.m. Sunday.
KEEP THE DALLAS OBSERVER FREE... Since we started the Dallas Observer, it has been defined as the free, independent voice of Dallas, and we'd like to keep it that way. With local media under siege, it's more important than ever for us to rally support behind funding our local journalism. You can help by participating in our "I Support" program, allowing us to keep offering readers access to our incisive coverage of local news, food and culture with no paywalls.
Make a one-time donation today for as little as $1.