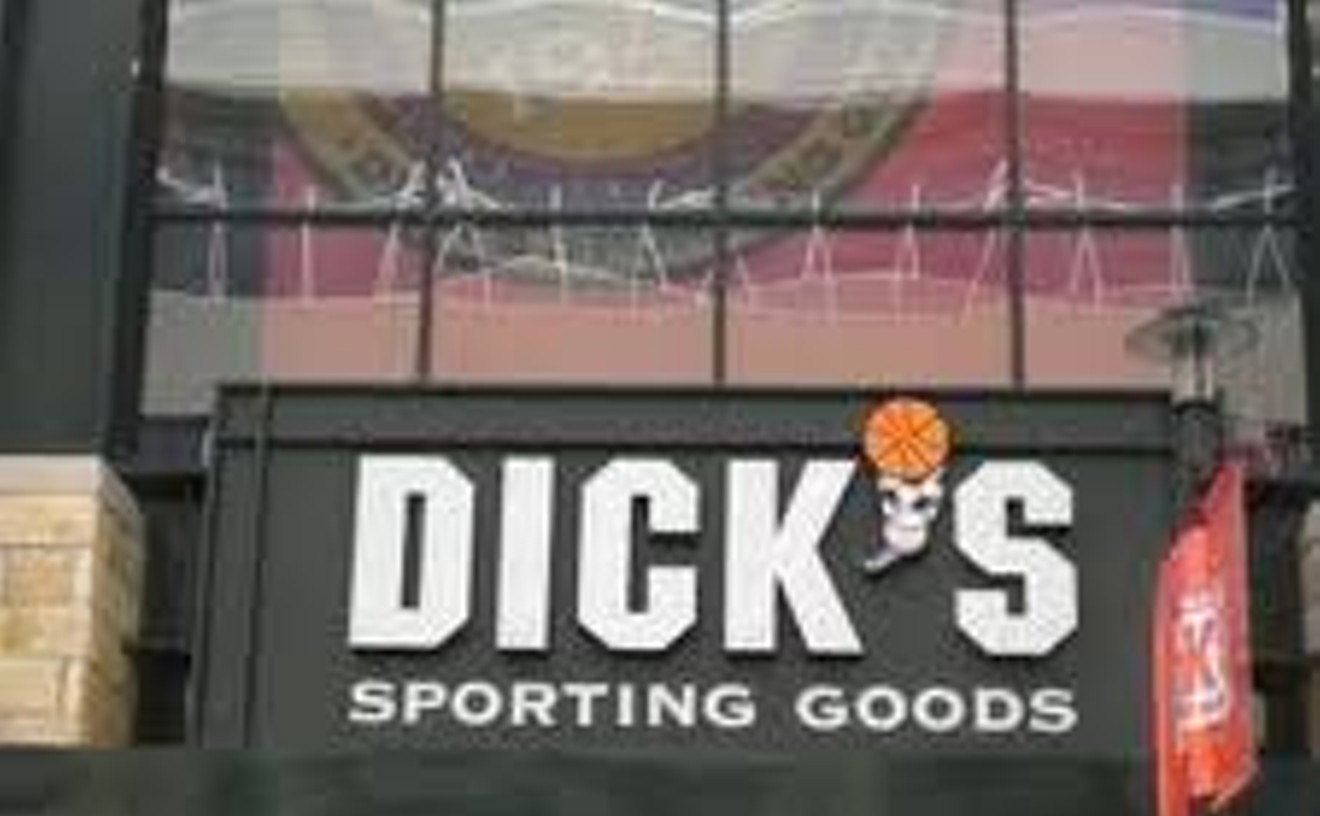 OK, we were wrong. With last season's 11-5 record, NFC East championship and playoff-game victory over the Philadelphia Eagles, the guy we labeled "Dead Man Coaching" not only made it through the season but also became a winning head coach. Phillips took over as defensive coordinator in 2009 and his unit allowed the second-fewest points in the NFL. His press conferences still feed into our narcolepsy and he starts almost every friggin' answer with "Well, um." But the head coach who lost 40 pounds in the off-season also got the monkey off his back last season. With a 33-15 record and two division titles in three years, it's hard to call him "Stumbledoofus" anymore. So we'll give it a rest.

We followed around 16-year-old Jesuit junior Jordan Spieth, Dallas' next great golfer, at last spring's HP Byron Nelson Classic. Gotta admit, one of the coolest scenes we've experienced at a sporting event in a long time. The promise. The adrenaline. The talent. The hope. Spieth's gallery—concerned with popped-collar Polos more than etiquette—was refreshing. And it took Spieth, who flirted within three shots of the lead on Sunday before a costly double-bogey on 15, exactly one swing to prove he belonged with the big boys. His first drive was striped 300-plus down the middle of the fairway, past his pro playing partners. He finished at 4-under, with expectations for his future bubbling way over.

Just when we were wrapping our hearts and minds around Dallas-bred soccer idol Kenny Cooper, he up and goes overseas to play real futbol. Like my grandma used to say, "Nothing wrong with leftovers." And so it is with Colombian-born midfielder David Ferreira. In just his second season playing up at Pizza Hut Park in Frisco, Ferreira scored four goals during FC Dallas' mid-season six-game unbeaten streak and earned his first Major League Soccer All-Star appearance. Professional soccer still isn't popular out in the 'burbs, but with Ferreira FC Dallas has a chance to do something that transcends sports and cities—win.

Best All Around In Sports

Best All Around In Sports Texas Ranger C.J. Wilsons high school days were forgettable, but his performance on the mound is anything but. By Richie Whitt PHOTO BY MARK GRAHAM

At Fountain Valley High School in Southern California, it wasnt apparent that Christopher John Wilson was going to succeed.

If anything, hed have been voted Most Likely to Secede.

I was a total wallflower, he says of his forgettable high school days. I didnt exist. I was invisible. I actually hated it. I didnt want to study. I didnt want to socialize. All I wanted to do was make good enough grades, play baseball and get the hell out of there.

These days, C.J. Wilson is a little more extroverted. And a lot more successful.

Evidenced by his Taoist beliefs, color-coordinated gloves and willingness to talk about everything from pop culture to politics, he certainly hasnt conformed. What Wilson has done is matured into a solid teammate and a spectacular pitcher for the first-place Texas Rangers.

In a season that began with him in the bullpen and is ending with Cliff Lee in the rotation, Wilson is simply the Rangers best pitcher on what could be the franchises best team.

Hes been amazing. Consistent all year, said veteran teammate Michael Young. Hes come a long way for us. His stuff has always been top notch. Now hes learned how to pitch, how to channel his emotions. Hes become a legitimate star pitcher.

While Leethe supposed hired-gun ace acquired in a mid-season trade with the Seattle Marinershas struggled and every starter from Rich Harden to Tommy Hunter to Derek Holland has been inconsistent, Wilson has been Texas unlikeliest of anchors. After shutting out the Kansas City Royals in a late-August victory, Wilson lowered his ERA to a sparkling 2.88 and improved his record to 7-0 after the All-Star break.

For us, said manager Ron Washington, hes been the man. After he graduated from high school, Wilson went to Santa Ana Junior College and eventually finished college at Loyola Marymount. The Rangers selected him in the fifth round (141st overall) of the 2001 Major League Baseball Draft. His road to the big leagues was detoured by season-ending elbow surgery in 2003 and, after sitting out a season rehabbing his elbow, he made his debut with the Rangers in 2005 by going 1-7 with a 6.94 ERA.

Wilsons quality was always tempered by his quirkiness. In 2008, for example, he ultimately became Texas closer and converted 24 of 28 chances. Earlier in the season, however, he amassed a gaudy 6.06 ERA during often disastrous stretches as a middle reliever. Late in that season, he drew the ire of fans and teammates whenafter being pulled from a game by Washingtonhe disrespectfully flipped the ball to the manager as he defiantly strode toward the dugout.

Its fair to say C.J. has done a lot of growing up, said general manager Jon Daniels. This whole team has, in fact. Its been fun to watch. After a solid season as Frank Franciscos setup man in 2009, Wilson lobbied for a spot in the Rangers rotation. And in spring training he earned it, nailing down the No. 3 spot after supplementing his pitches with a calmer persona. In his first 27 starts, the Rangers were a dazzling 21-6. Im a better pitcher than I used to be, he said. But Im still not your typical pitcher.

Wilson, 29, doesnt mind brushing back batters or ruffling feathers. He is the teams most direct link to the younger, hip generation. Wilsons interviews and blog posts have ripped everyone from his own teammates to Democratic presidential candidate Hillary Clinton.

He also, refreshingly, isnt afraid to turn his wit inward. After a late-August home victory over the Minnesota Twins, Wilson was asked about trying to snatch a line-drive single that sailed over his head, with his bare left pitching hand. Wilsons explanation?

Wilson loves to Tweet. He has a Porsche fetish, and someday after baseball might pursue a career as a professional driver. He uses a blue glove when the Rangers wear blue and red when they wear red. He throws a gyroball, a slower pitch normally confined to the Japanese leagues. He adheres to what he calls a Straight Edge way of life, devoid of alcohol, drugs and promiscuous sex. His tattoos include Straight Edge and the Japanese characters for Poison Free. Recently he began a post-game press conference by telling the media ReadySetSwarm! and ended the session with a catchy salutation: Spring Break party time. Gotta bounce. Wilson didnt fit in at Fountain Valley High.

Thankfully, his personality-enhanced performance makes him the best fit in the Rangers rotation to get them into the playoffs. 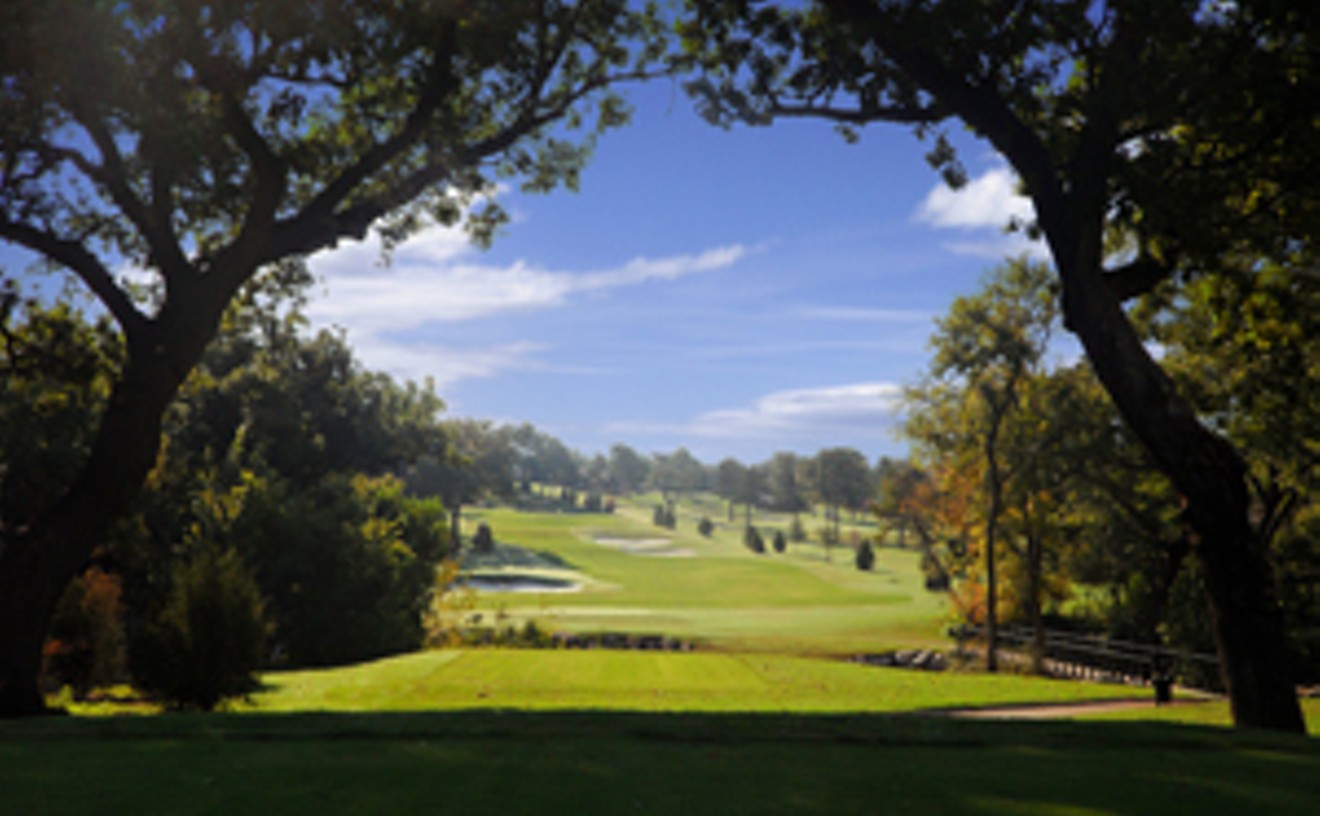 The veteran center gets the nod almost by default. He was the local hockey team's best player, but in one of its worst seasons. In a forgettable year that saw the Stars miss the playoffs with a 37-31-14 record (fourth-worst in the NHL's Western Conference), Richards was the team's most consistent scorer. In 80 games he produced 24 goals and 67 assists for 91 points, 20 more than the next Star. In an indication of just how bad a season it was, Richards was one of the best players despite having a plus/minus of -12. Unfortunately for Richards, the 2009-10 season won't be remembered for his decent play, but more so for the ugly debuts of coach Marc Crawford and general manager Joe Nieuwendyk and the sad departures of Marty Turco and Mike Modano.

Go to a Dallas Desire game ready to criticize the lack of tackling and the small crowds and the void of hard hits and, before you can say "Hey, this ain't real..." you'll get a shut-your-mouthful of, well, let's be  honest, tits 'n' ass. Past the skin there is also some decent, full-contact football as the Desire advanced to the Lingerie Football League's semifinals last year. But, come on, let's be honest. The attraction to the Desire, which graduated from Grand Prairie's Quick Trip Park to the Cotton Bowl, is that the players wear tiny, curve-hugging, bun-exposing panties and provocative bras, accented by what amounts to downsized shoulder pads and hockey helmets. There is cleavage. There are catcalls. And when the centers bend over to snap the ball between their legs, there is little left to the imagination. Here's to fantasy football.