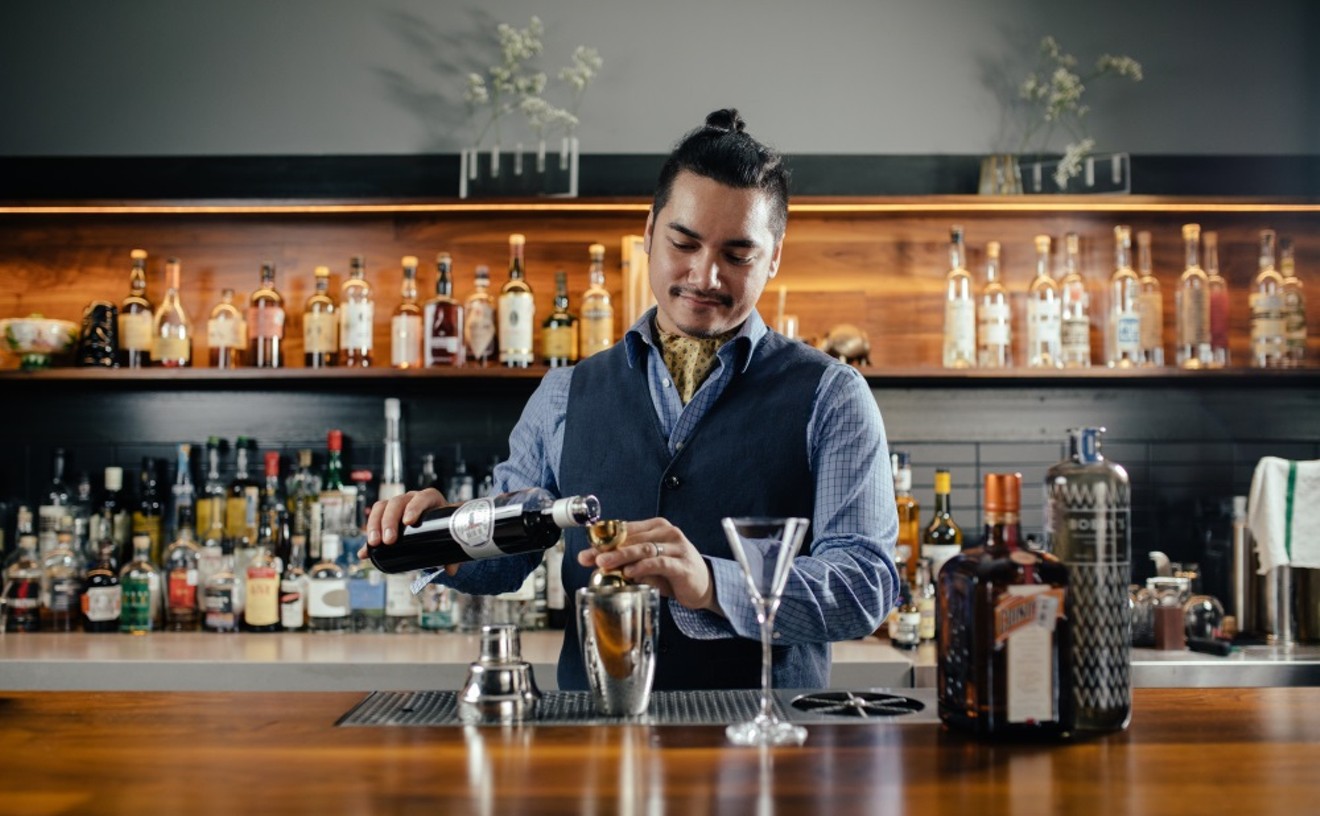 This sleek West Dallas cocktail enclave is great for hiding out in a dark corner with a Negroni and a date, but it's also a great place to geek out over cocktails with bar manager George Kaiho, a quiet but friendly presence behind the bar. His cocktails are sophisticated but approachable, and his hospitality means you're likely to hang around a while, tasting different cocktail components between sherry and mezcal cocktails. 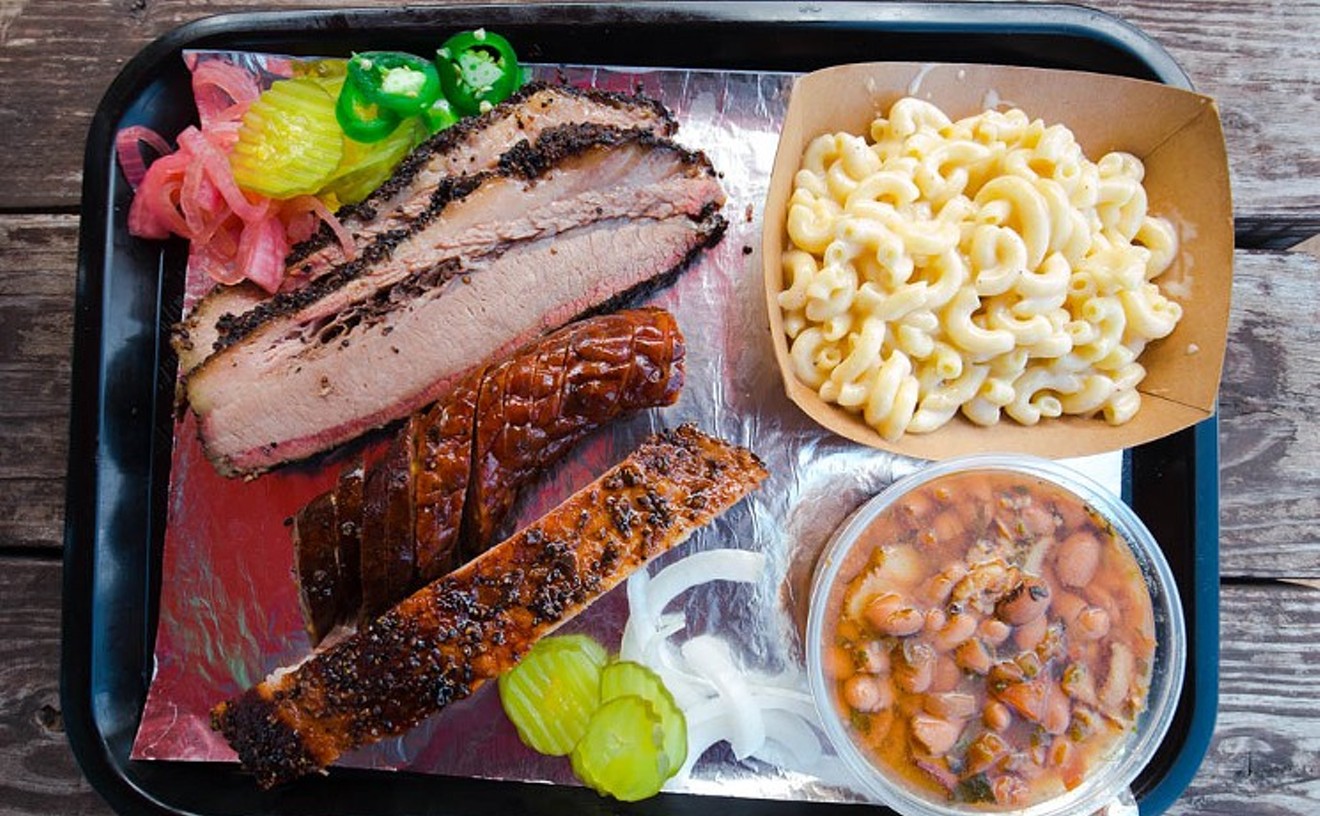 Chris Wolfgang
For $16, Panther City's three-meat tray may be the barbecue bargain of the year.

Panther City BBQ may be a food truck, but the breadth of barbecue goodness being served rivals that of many brick-and-mortars. Sure, you'll find brisket, pulled pork, spare ribs and two kinds of sausage. But there's also smoked turkey breast, smoked bologna and pork belly burnt ends, a nod to their friends down the street at Heim Barbecue. Don't sleep on the sides, and if brisket elote or pork belly jalapeño poppers are on the menu, make sure to save room. Not only is Panther City's barbecue a stellar example of the Central Texas style of barbecue, but the modest food-truck roots mean a plate of their tasty fare won't break the bank, either. 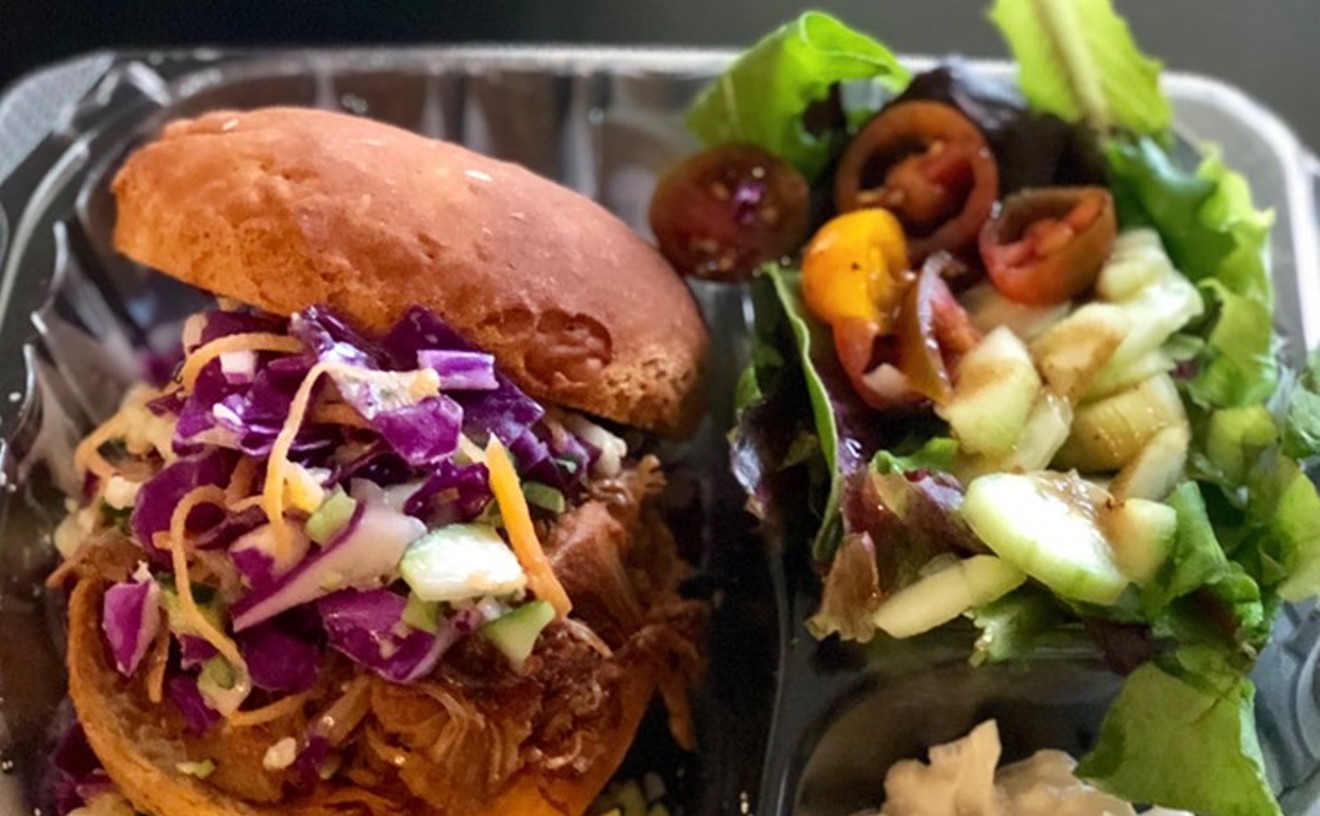 At Recipe Oak Cliff you'll find creative, fresh and affordable vegan food — no heavily processed meat substitutes. Instead, owner Tisha Crear reinterprets the food she grew up with, using homemade, plant-based meat alternatives. Crear opened Recipe with the goal of offering healthy, quick options in the food desert of South Oak Cliff. All food is served to-go, and in addition to vegan options, there are also raw selections available daily. You can order things like a BBQ jackfruit sandwich, zucchini noodles with cashew "cream" or tacos with walnut and sun-dried tomato "meat." 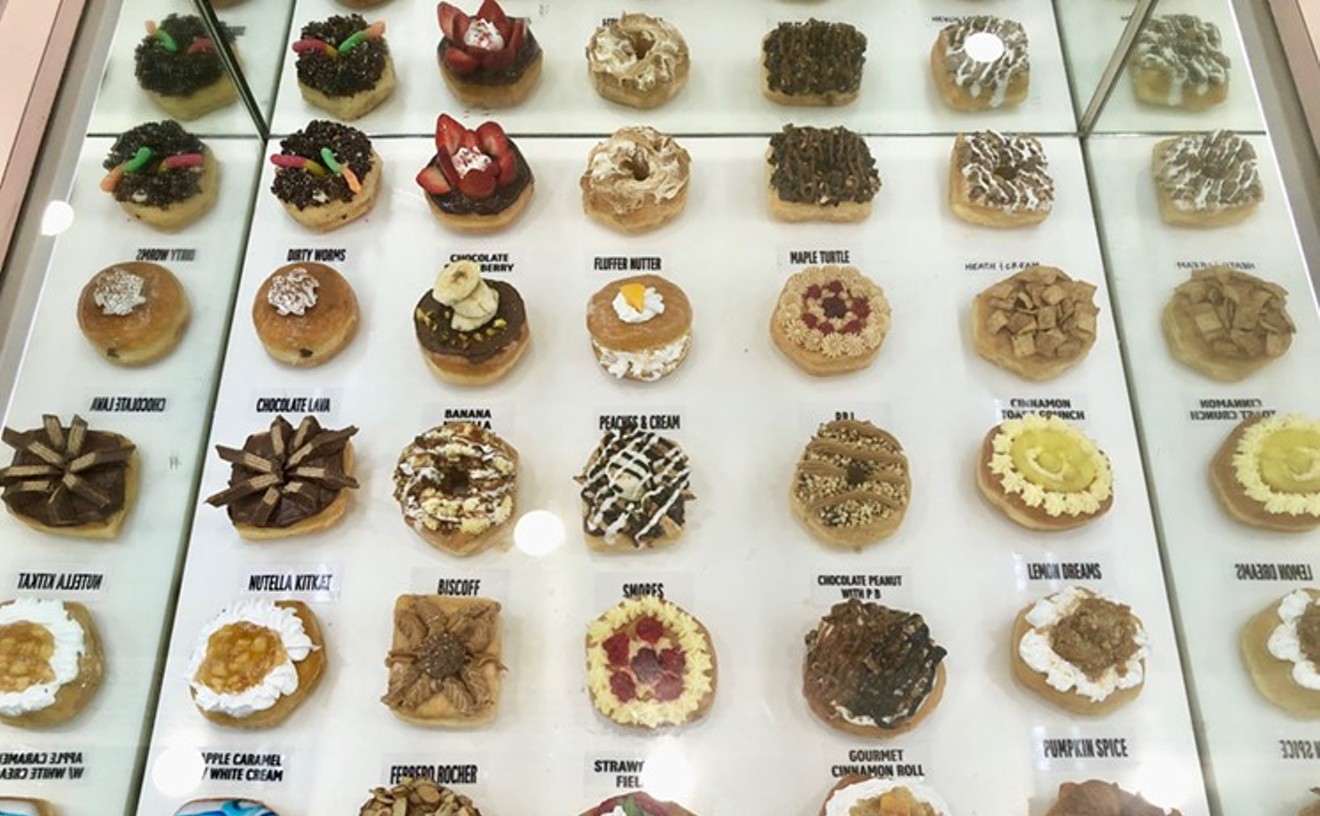 At Wow! Donuts & Drips, the doughnuts are works of art. They are made to order: small batches are baked every few hours, and the toppings and fillings are added on demand. Wow offers more than 120 creative toppings and fillings, from classic chocolate old fashioned or glazed cake doughnut to Nutella Kit Kat, carrot cake, and Elvis, the latter with peanut butter, bananas, chocolate and bacon. Inside, the shop is bright and playfully decorated — it's an Instagrammer's playground. Grab a cup of coffee while you're there; they have a rotating selection of coffees from small roasters all over the world. 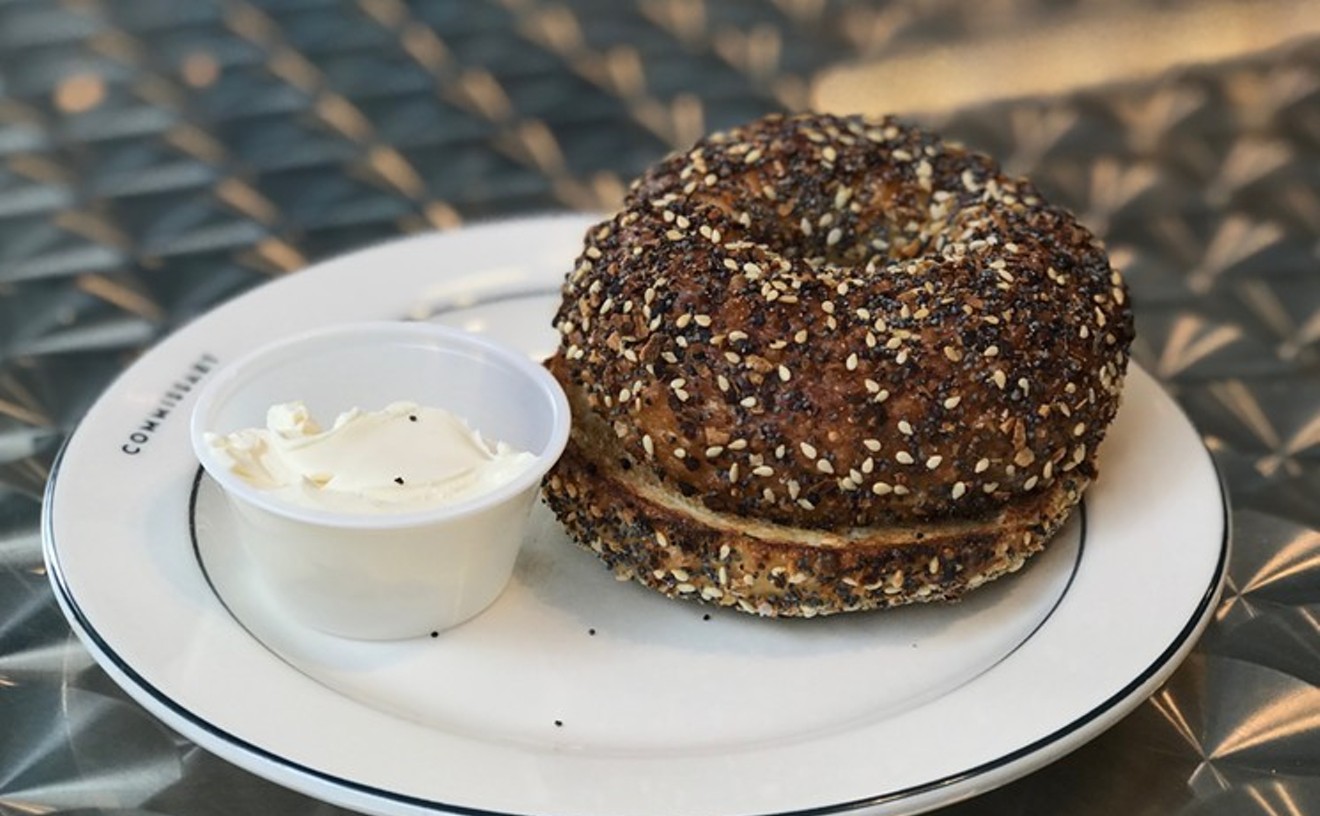 The blue tile-covered building downtown is a welcome addition for people living and working in the area. While you can get a well-made meal all day, Commissary offers a breakfast daily made with spot-on execution. The smoked salmon bagel is magical with dill-caper cream cheese, and the poppyseed bagel is good enough to eat on its own. And it still gets better with the porchetta egg sandwich. Shaved porchetta, arugula, salsa verde and a fried egg lay in the middle of a freshly baked bun. This little spot filled with mostly two-tops frequently has a line to the door for a reason: The odds of you leaving happy are good with whatever you order. 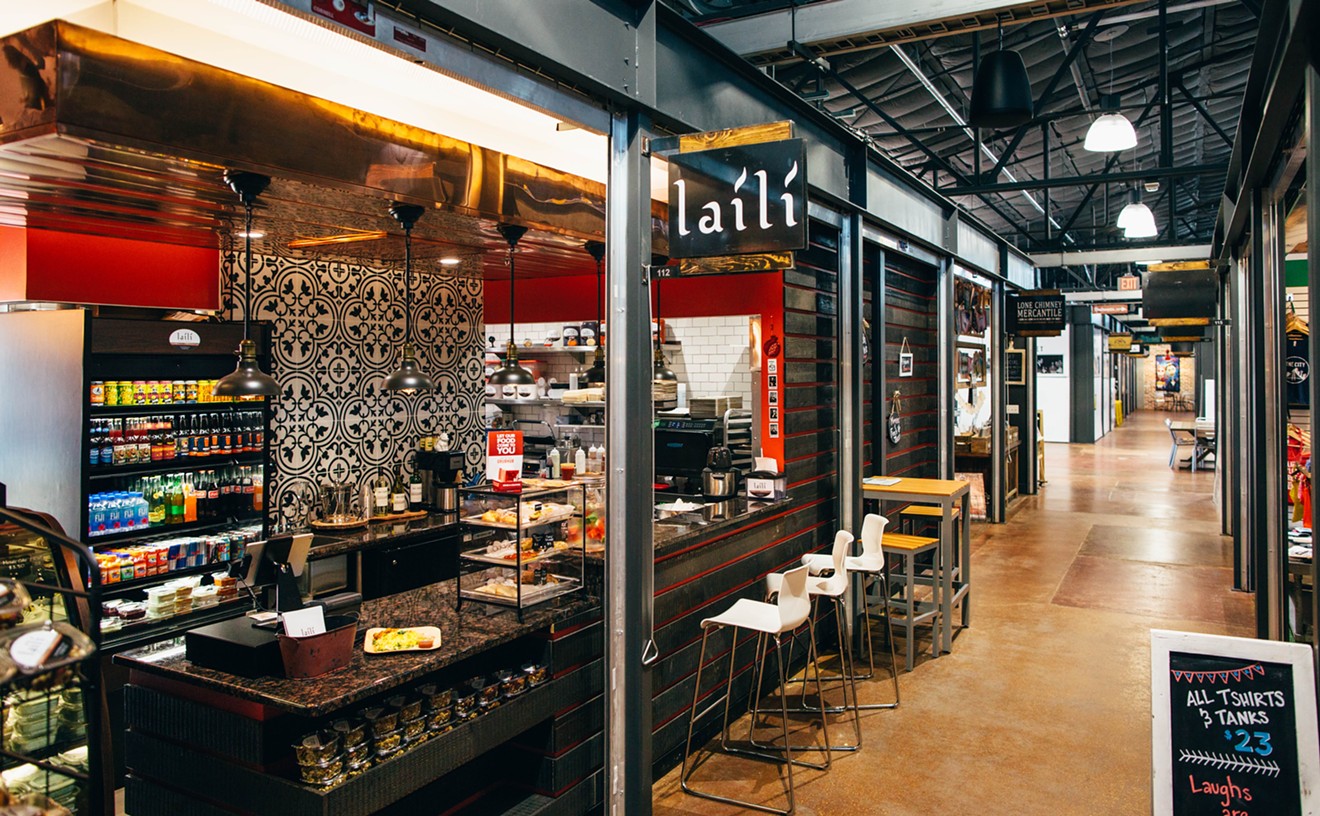 Kathy Tran
The Market at Dallas Farmers Market is filled with dining options.

In the last couple of years, the Dallas Farmers Market has become not just a good spot to pick up locally grown tomatoes but one of the city's largest tourism draws, which unfortunately shows in the lack of parking. Even still, this farmers market is a blast to visit, and it's easy to lose a day buying produce, eating snacks from local vendors and shopping for everything from local salsa to cowhide rugs. When buying produce, keep an eye on signage: conventionally grown and organic/locally grown goods are identified as such.

When it comes to seafood in 2018, sustainability is the name of the game. Overfishing is killing our oceans, but TJ's Seafood is meticulous about its sourcing. This is a restaurant where you're guaranteed to find something new and interesting (and seasonal) each visit, from wild Alaskan halibut to Vancouver Island wild king salmon. It's not cheap, but if you're in the market for fresh seafood to cook at home, their market has a fun array of cuts that changes daily. 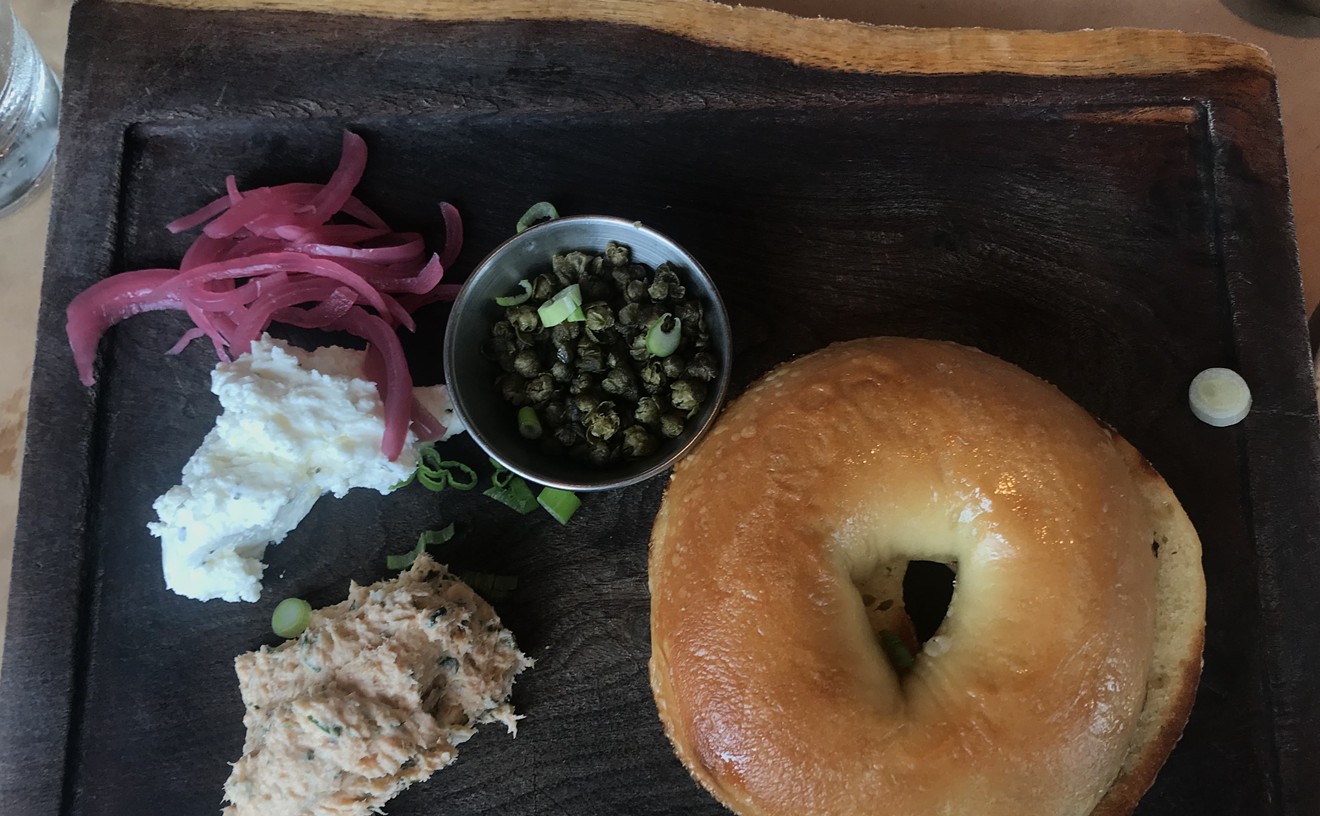 It's neither new nor trendy at the moment, but this Oak Cliff mainstay has long made one of the best brunches in the city. An early adopter of the farm-to-table movement, Bolsa keeps brunch fresh with dishes such as breakfast flatbreads, iron skillet quiche and maple-bourbon glazed pork belly. Grab a table early, as this place has a serious brunch reputation. 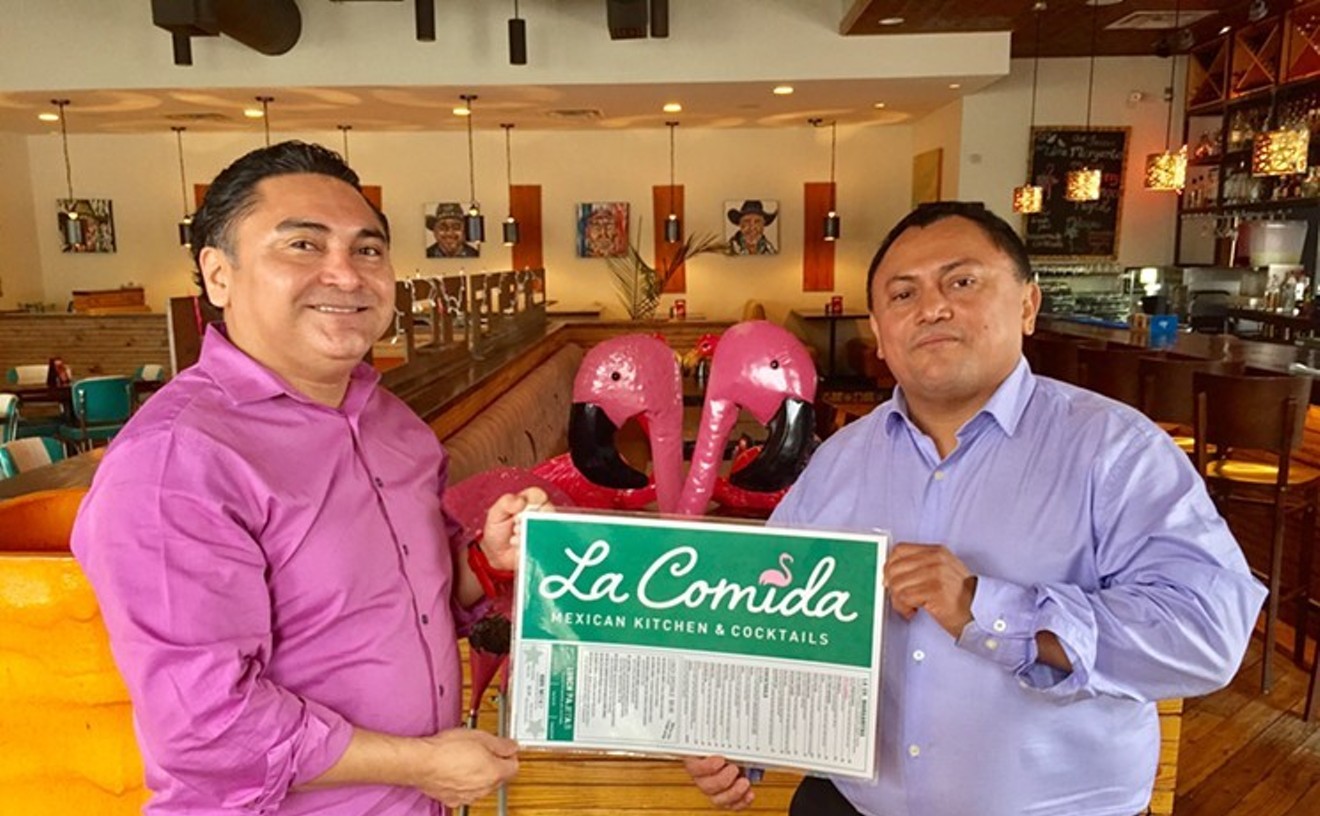 La Comida is the embodiment of the American dream. Brothers Mario and Ivan Urtecho hail from the Yucatan region and, unlike a lot of Tex-Mex joints, you'll find authenticity and heart in this menu. Whether you want more Mexican fare like tortas or Tex-Mex classics like cheese enchiladas and margaritas, La Comida is likely to impress you. With a combination of Yucatan and Tex-Mex flavors, this restaurant is a departure from the mass-produced Mexican that's so long underwhelmed Texans. Try the empanadas: The Urtechos used to sell them door to door before starting their own restaurant. 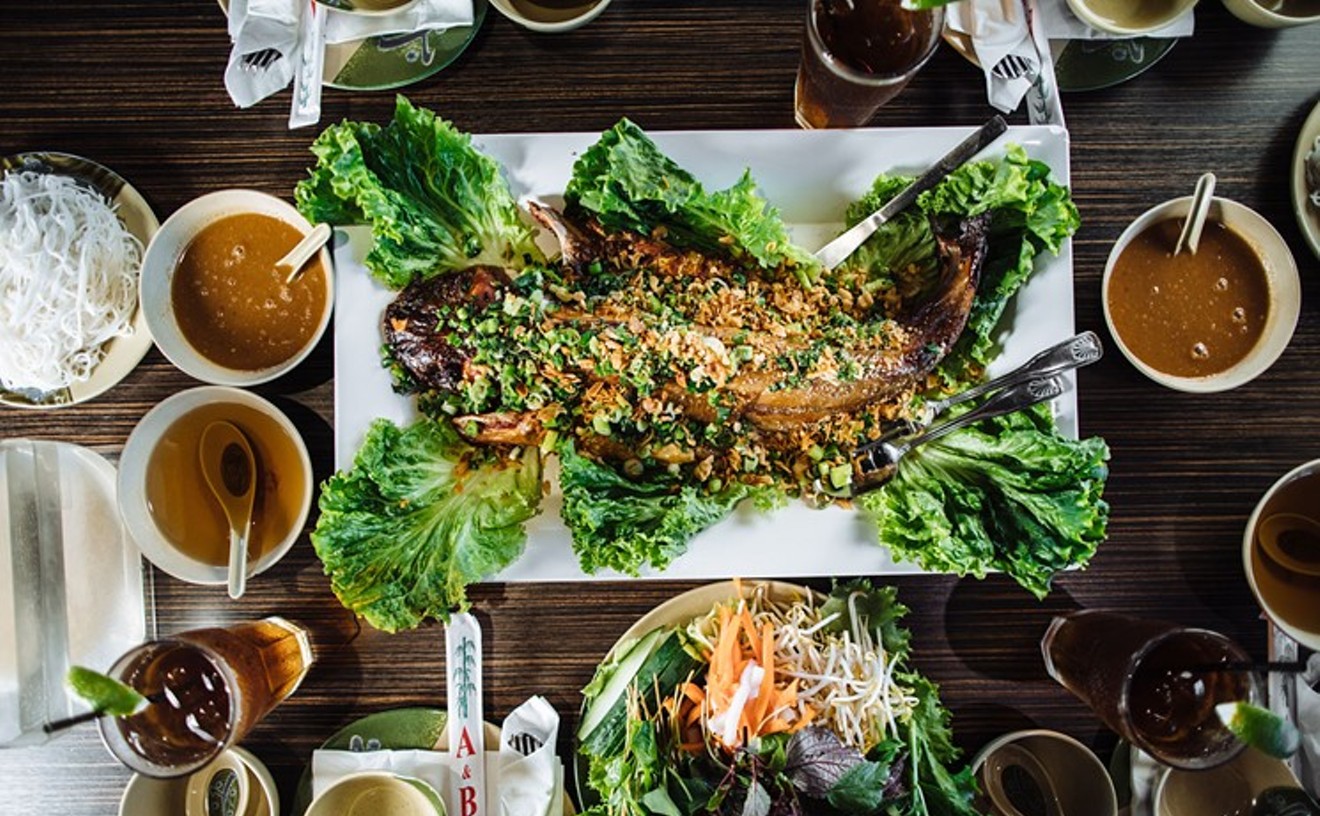 If you want to impress someone with a lavish Vietnamese feast, Saigon Block is the way to go. The showstopper whole fish can feed damn near an entire soccer team and comes on a platter filled with fresh, fragrant herbs and everything you need to make your own spring rolls. If you're feeling particularly indulgent, try the Seven Courses of Beef feast. From roasted quail to deep-fried Cornish hens to butter-basted frog legs, this Vietnamese spot will get you out of your pho and banh mi rut.