The aptly named Upstart Productions debuted last season with a blazing staging of Suzan-Lori Parks' Topdog/Underdog and followed with a gripping look at post-adolescent angst with Kenneth Lonergan's This Is Our Youth. This season, producer Josh Glover and crew will dedicate themselves to the plays of Eric Bogosian. First, Talk Radio (October 28-November 22), directed by Regan Adair. Then they'll recreate a 7-Eleven inside the Green Zone theater for subUrbia, Bogosian's gritty take on aimless youth. Upstart's mission is "to usher in the next generation of theater artists." After an impressive first year on the Dallas scene, they seem well on their way.

Best place to recharge over lunch 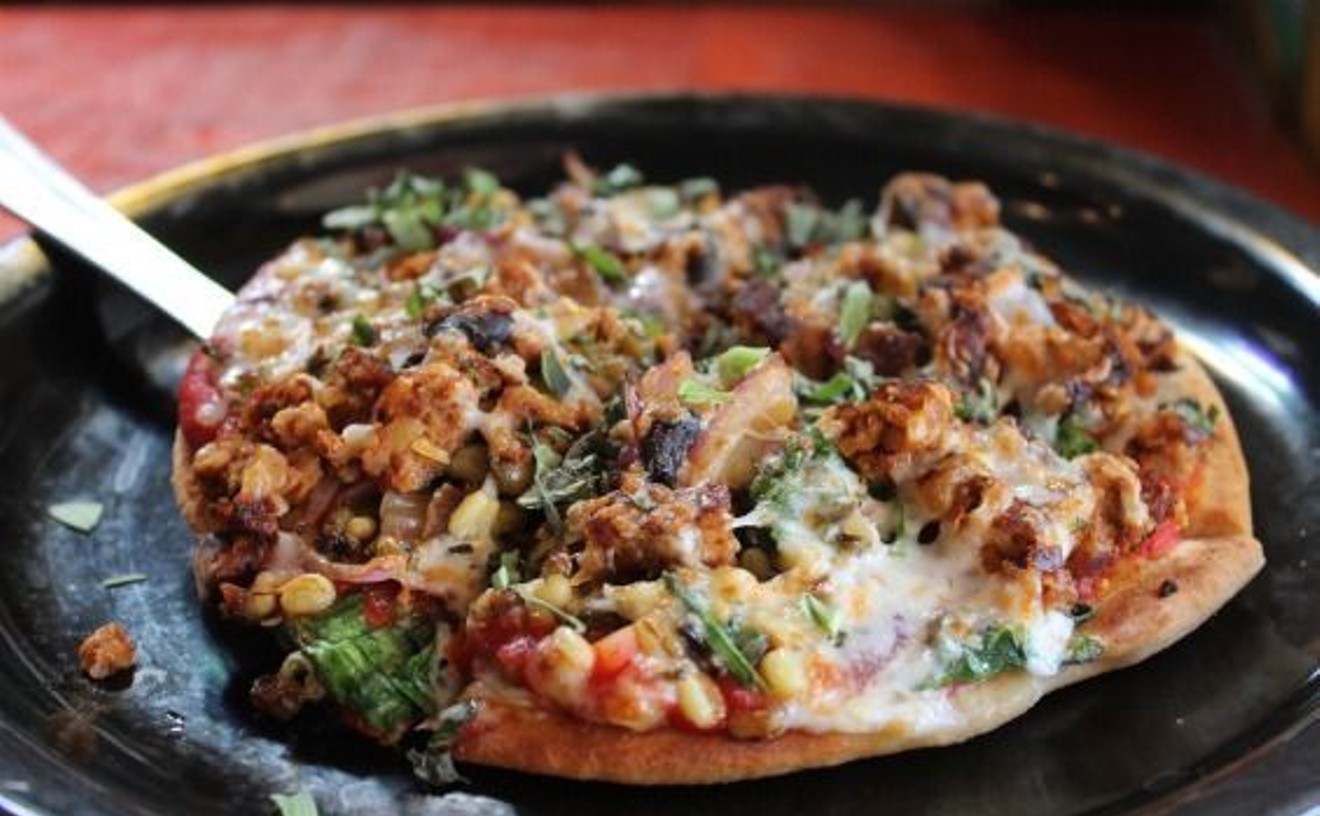 Om...Om...Om...Cosmic Cafe has successfully created a spiritually inspired oasis in a land of concrete and strip malls. From the moment you turn off Oak Lawn and into the driveway of the restaurant, you notice your surroundings have changed. Everywhere you look you see relics of Eastern spirituality: Hindu gods; Buddhas; fountains; and vivid colors of blue, pink and yellow. The music is subtle with the sounds of distant chants and chimes moving through each tune. After enjoying a vegetarian lunch from the chakra-inspired menu, sneak upstairs to one of the three meditation rooms. Catch the sound of the wind chimes and drift off for a few minutes before heading back to the office. You will feel recharged.

What formerly felt like a tomb—Theater Too! beneath the venerable Theatre Three—has lately become Dallas' best underground (literally) theater. Last season, audiences filled the tiny space for the two-man musical The Big Bang and Bruce R. Coleman's new play, Look What's Happened to Pixie DeCosta. Year after year, tickets fly for the return of I Love You, You're Perfect, Now Change, which this year had its best cast ever. At $20,000 over last year's box office take for Theatre Too!, the uptick in ticket sales is continuing with the season opener of Six Dance Lessons in Six Weeks, followed by the intimate musical Another Night Before Christmas, then the drama Bill W. and Dr. Bob about the founding of Alcoholics Anonymous. Director-producer Terry Dobson has done a bang-up job overseeing the makeover of Theatre Too!, which finally deserves that exclamation point. 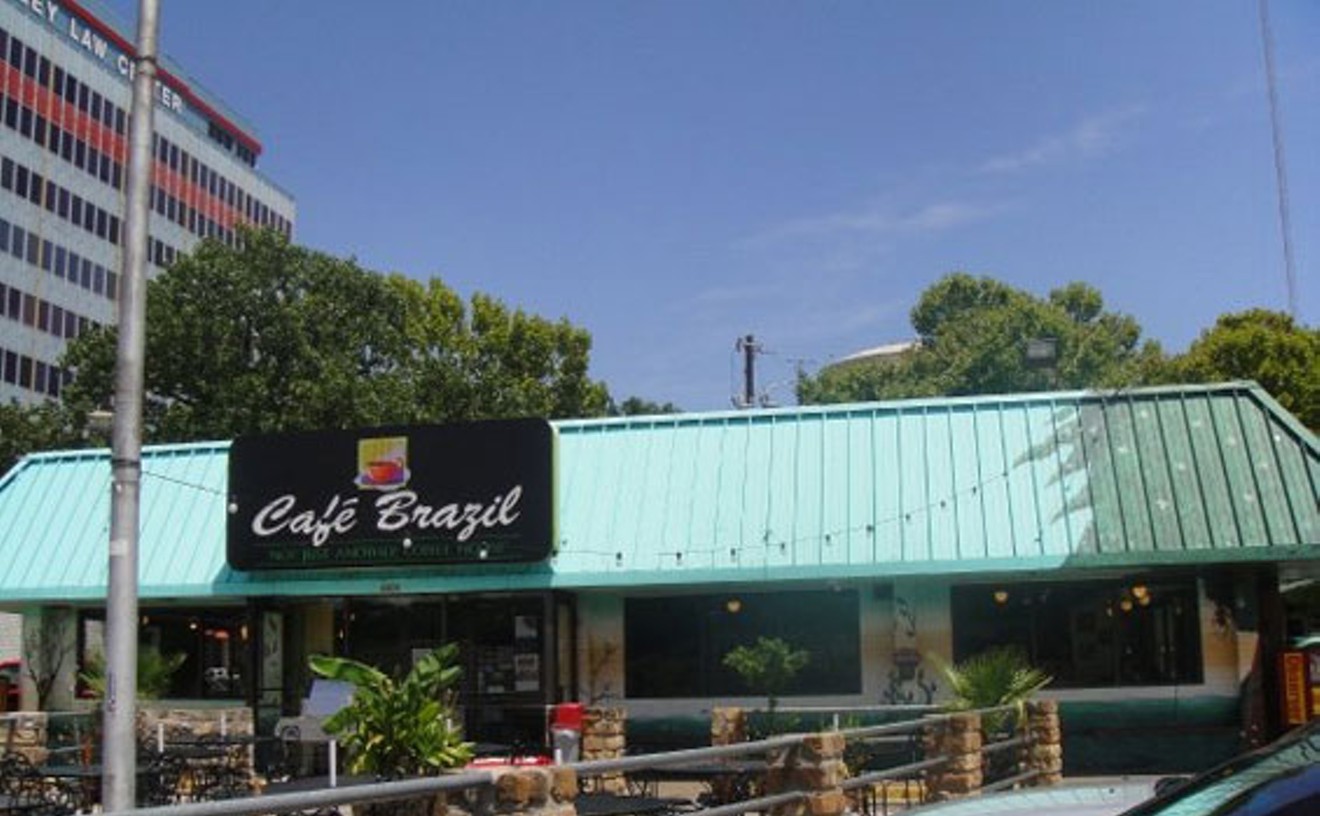 This is one of the few places in town that's so naughtily diverse. There's always a decent array of fauna, but between the hours of midnight and 5 a.m. it runs the gamut from strippers unwinding after a shift and pimps with hookers in tow to hot cops, students in the midst of finals, megageeks glued to their computers, Harley dudes on a road trip and punks rocking Mohawks and ominous tattoos. A bit like the bar in Star Wars, all of these wildly different animals seem to co-exist in relative harmony except for the occasional explosive conflict. But if things do get dicey late-night, by 6 a.m. calm returns when the M-Street exercise crowd arrives in search of some java and post-workout breakfast.

Even if you've heard of monk parakeets—the accidentally introduced, bright green parrots known to nest in several American cities—it's still eye-opening when a flock of them flies clumsily over the jogging trail at White Rock Lake, loudly squawking all the way. The curious can find their giant communal nests hidden on the towers of a power station just across the road from the White Rock Pump Station. Watching them through a pair of binoculars as they comically cavort among the transformers and wires is one of the more surreal sights in Dallas, to say the least—it's a must-see for local nature lovers.

Pay What You Can Dallas Theater Center Performances

Just keeping kids alive until their 18th birthdays is expensive enough. You shouldn't have to break open their piggy banks to give them the occasional cultural experience. The Dallas Theater Center apparently understands this and offers Pay What You Can nights for select Sunday night preview shows. Drop a not-unreasonable $5 a head with a family of four and you'll get your entire clan in for less than a single ticket might otherwise cost. Or donate nothing, if your conscience lets you. With 2009-2010 productions including It's a Bird...It's a Plane...It's Superman, A Midsummer Night's Dream and, of course, the annual performance of A Christmas Carol (which will be presented for the final time in the Kalita Humphreys Theater), there are plenty of opportunities to get them away from the television and let you check out the innovative new Wyly Theatre.

They're gonna tear our playhouses down come late December, which still gives you plenty of time to see what they planted in the ground for Dallas Blooms back in March—16 architectural treats reflecting the wonder and wisdom contained in kiddie-book classics. Swings and slides are nice and all, but you're young'un hasn't lived (or learned) till he or she hops into the pages of The Lorax, James and the Giant Peach, Thumbelina, Peter Pan or the other classics on (enormous) display at the Arboretum, which actually lets the little ones run wild in the abodes designed by locals who clearly love these tomes as much as the children, who, in our experience, want nothing more than to rush home and read about the places they've just visited. One can only hope they fall into foreclosure and become available at the nice price; we've just the spot in the backyard...no, wait, front yard.