It's a simple image: Two grackles painted in shades of azure and watermelon pink. But in context of Trinity Groves, these derisible birds in the mural by Michael Sieben carry a narrative of beautification and restoration. One of several collaborations between the Dallas Contemporary and this West Dallas culinary epicenter, the mural taps into the zeitgeist of vivifying a previously deserted area of the city. It's a thoughtful execution of public art, and it's really damn pretty. Plus, it joins the ranks of the area's Shepard Fairey and FAILE murals, making Trinity Groves a mural destination.

For years, the southernmost strip of Greenville Avenue had a reputation for underage drinking and drunken disagreements. Now it has a reputation for frozen pops and poutine. In just a short time, these few blocks have become desirable real estate, welcoming in new tenants like Trader Joe's and the ever-popular Truck Yard. It's got everything you could want, from the early morning brews at Mudsmith to the late-night beverages on the rooftop of HG Sply Co. Plus, you can fix your flats at Transit Bikes Co. or see a show at Contemporary Theatre of Dallas. We're one step closer to a walkable neighborhood, Dallas.

When the folks behind Dallas Comic Con announced they were finally bringing it to Dallas proper, con attendees shrugged their shoulders. When it comes to conventions like this, location of the building doesn't matter because inside it's an entirely different universe. But accompanying the setting change was the announcement of all-star guests Stan Lee and William Shatner. That's right, earlier this year while you were busy binge watching some crappy Netflix drama, the creator of Spiderman was hanging out with Captain Kirk and thousands of nerds in downtown Dallas. The con was bigger than ever and its new home at the convention center handled the overwhelming crowds well. It's grown exponentially in just over a decade's existence and from the looks of it has the potential to become one of the biggest comic cons in the country. 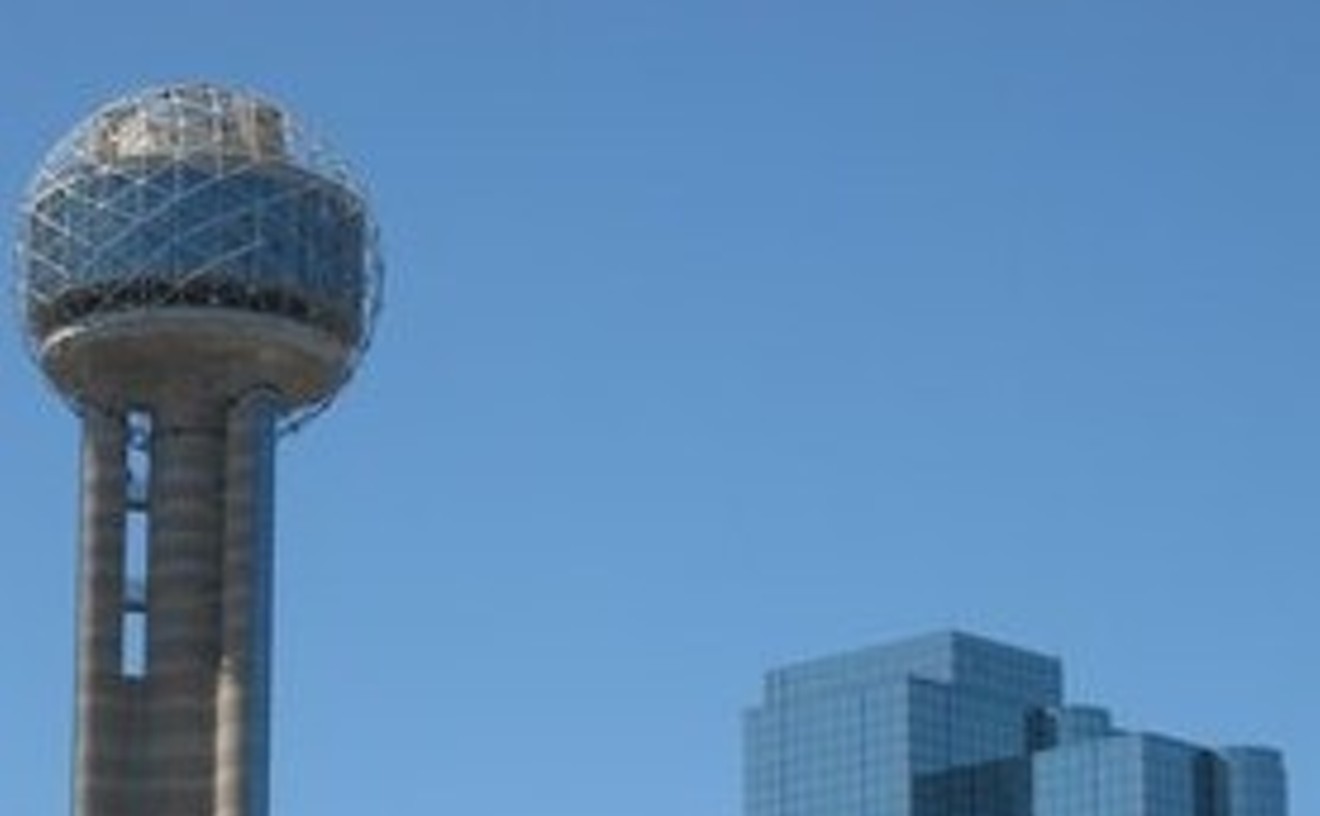 The GeoDeck is the recently reopened observation deck on Reunion Tower. Dude Perfect is a mildly obnoxious group of frat-guy types who have achieved Internet fame filming themselves making improbable basketball shots. How it took until 2014 for the two to come together is a mystery, but it finally happened back in January when a basketball was hurled from Dallas' most '80s landmark into a hoop in the parking lot below. After all, the land around Reunion Tower isn't being used for anything else.

Kevyn "Konfident" McCallister creates some of the most interesting body art in the nation, a statement that's easily backed up by a perusing of his personal website and Instagram feed, where McCallister posts snapshots of his work. McCallister specializes in portrait work, frequently inking some of the most realistic-looking portraits you can find, but lately has been experimenting with a number of colors, which has led to some stunning pieces that almost put watercolor expert Sasha Unisex to shame. Expect to see more advances in McCallister's work as he transitions from the Addison-based Cat Tattoo to the new Zack Singer-owned Perception Fine Body Art. After all, he is the same guy who created the image of MTV's Daria as Lil Kim. That type of mind never rests.

Clay Jenkins has had what some might call a banner year. In his quest for equality, the judge spearheaded the effort to give private employees who contract with the county a better quality of life by raising their hourly wages to that of full-time county employees. He applauded Parkland Hospital when it announced its minimum-wage increase, and he hopes to create a critical mass so every worker in the county makes a living wage. So, he fights for the poor, but he also fights for the children. He announced, to much national fanfare and local controversy, that children who crossed the border would find shelter at three Dallas schools. This even sparked a protest at his Highland Park home, but Jenkins won't be deterred from doing what he thinks is right.

For this and every other year, R.L.'s should win best blues bar, and here is why. It is an experience like no other, a one-off in Dallas where some of the most talented blues, soul, old-school R&B and funk musicians get together every weekend to play one set that's many, many hours long while the entire bar shakes their thing. It's BYOB. It's unbelievably welcoming. It's one of the best, most memorable experiences you can have in all of Dallas.