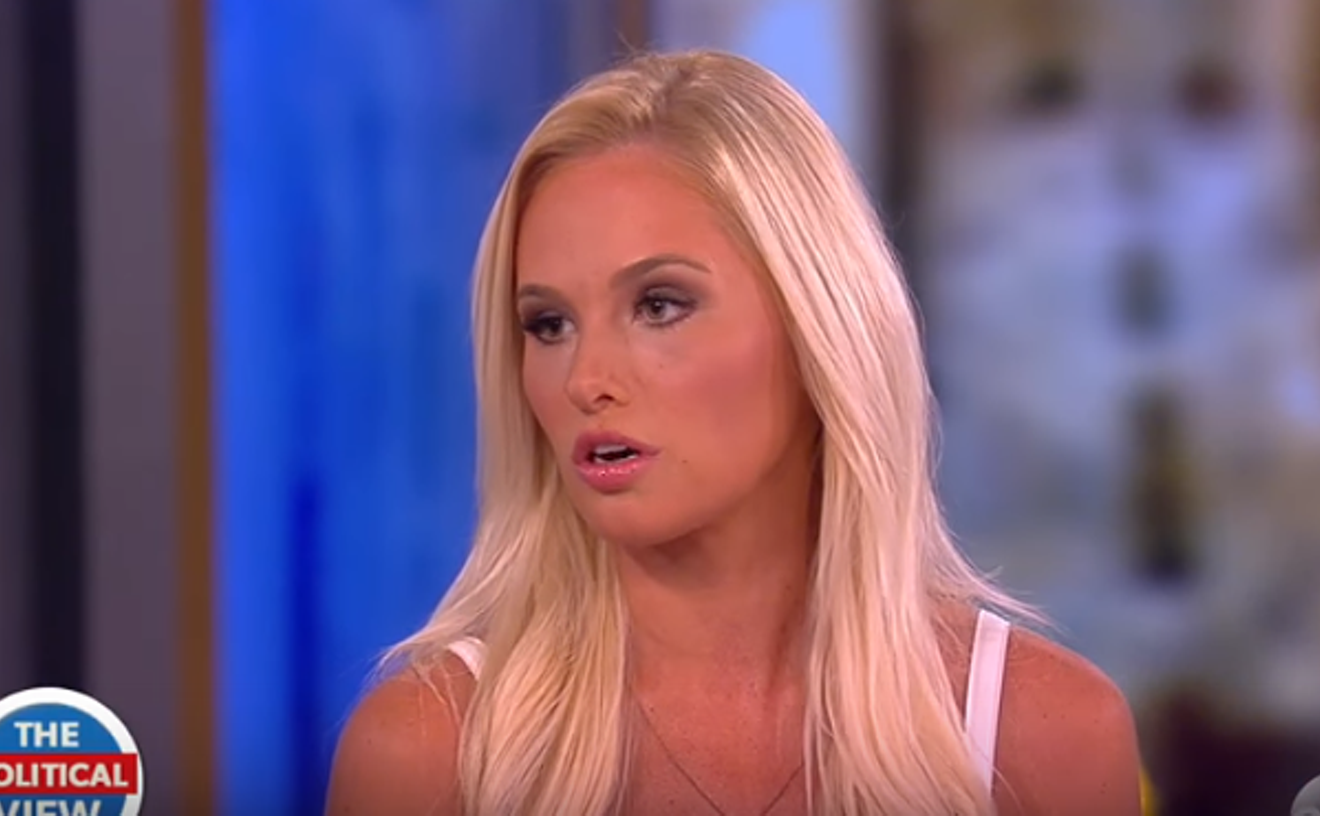 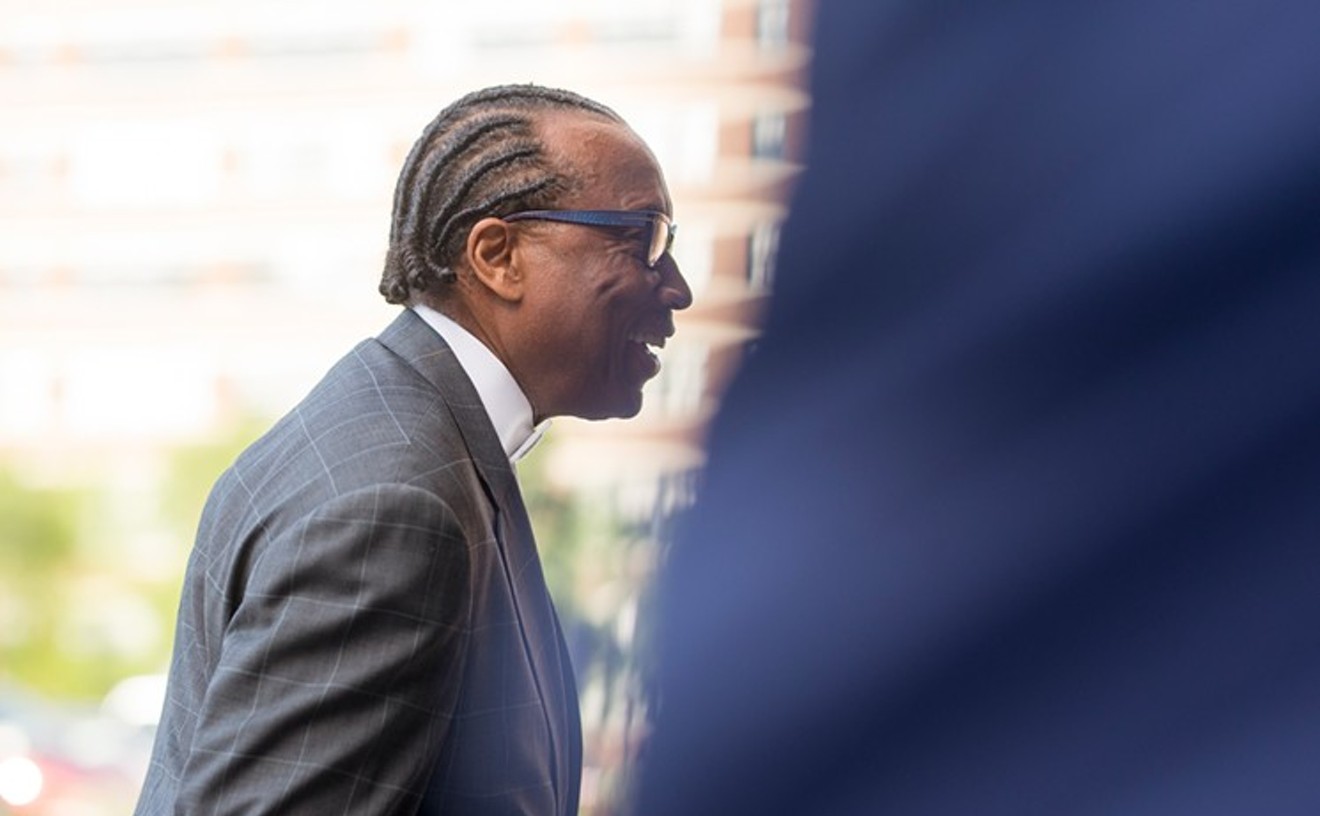 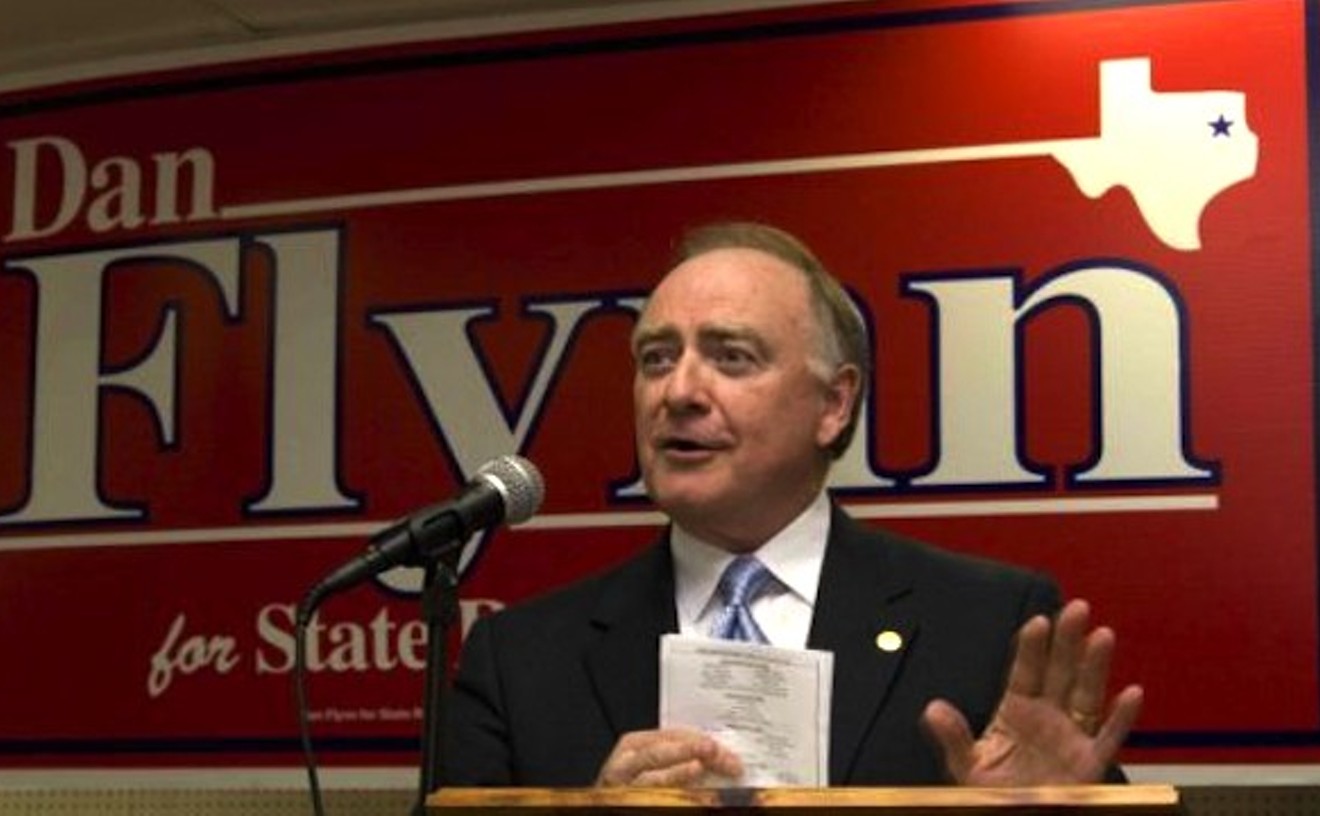 Over the last two years, the Dallas Police and Fire Pension System's unfunded liability grew from a constant source of frustration into an existential threat to the city of Dallas. Because of changes in federal accounting rules and the hits on the city's bond rating, the DPFP's multibillion-dollar unfunded liability placed the city's continued solvency at risk. Something had to be done, and, thanks to a shove from Texas state Sens. Royce West and Don Huffines, pensioners agreed to a deal that cuts benefits for retirees and increases city contributions to the fund for the next several decades. The fix leans heavily on police and is no sure thing, but it represents the biggest step taken to fix the fund in decades. 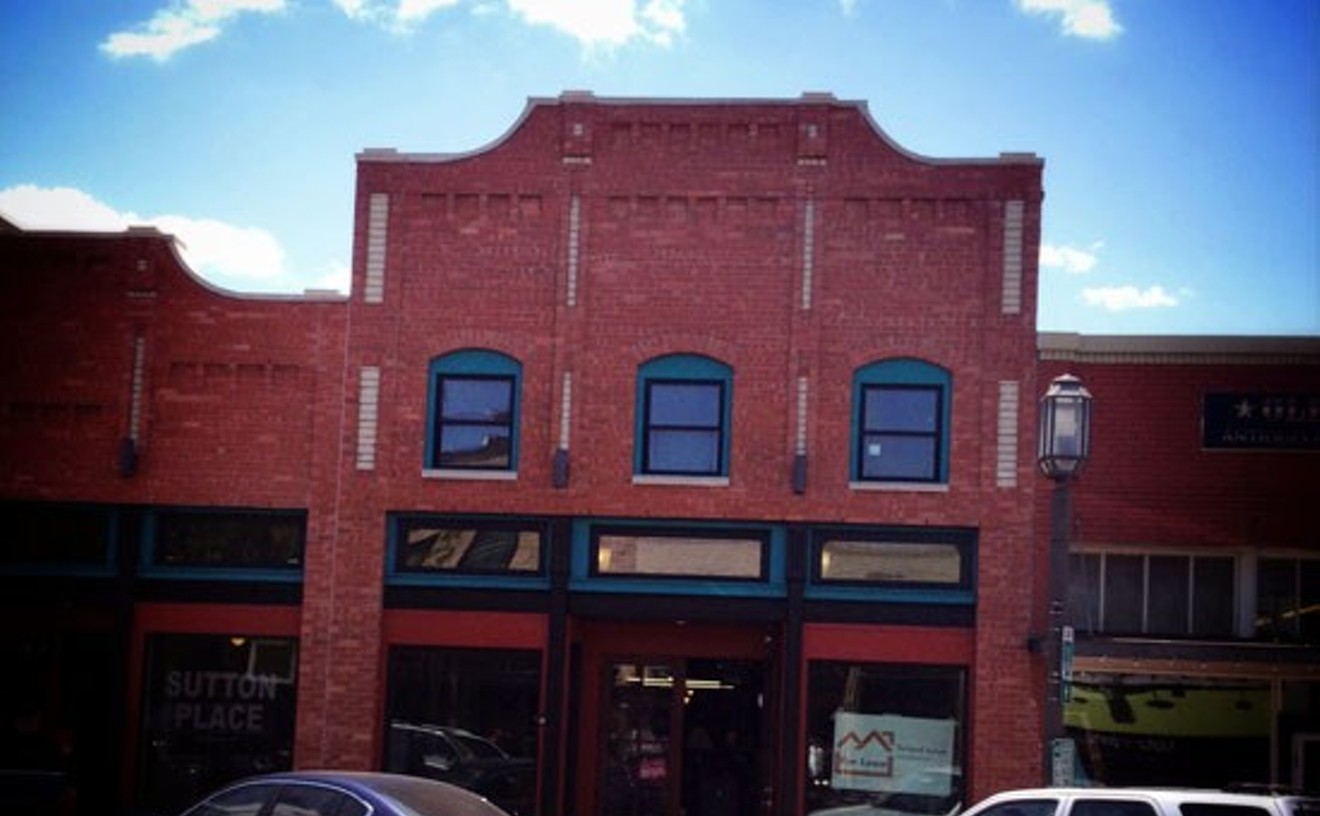 Recently, one of our staff members moved to — dare we say it? — Plano. The looks of pity on the faces of his tattooed co-workers were a disheartening sight. Plano! The epitome of white-bread, cookie-cutter suburbia totally lacking in hipness. The only people who want to move there are major industries like Toyota and their well-educated employees. Why would any self-respecting alternative journalist want to relocate there? Well, let's see: A recently remodeled house with a yard rents for roughly $700 less per month than a slightly smaller, yardless townhouse in central Dallas. It has a functioning government that makes signing up for city services and finding info a snap. It's possible to drive down its wide, well-maintained streets without fear of breaking an axle on one's car. It's redone old downtown is sort of a like a Deep Ellum for grownups. Good street tacos are scarce, but great Asian food is abundant. We've yet to see a restaurant — and they have plenty of good ones, believe it or not — that requires valet parking. It has miles of bike trails and plenty of parks. And it's possible to walk the streets of Plano without being hit up for change by a homeless person every 50 yards. Not that anyone ever walks anywhere in Plano. Edward Ruiz's magic shows are really one part magic, one part vaudeville, one part burlesque and something totally unique. Ruiz, who goes by the moniker Confetti Eddie, got his start (and the nickname) while firing a confetti cannon for Ruby Revue burlesque shows. His personal style and approach to his craft match wits with the magicians of yesterday, but the scantily clad beauties onstage certainly don't discourage the younger generation from showing up to this often-overlooked form of entertainment. When Ruiz isn't escaping a straitjacket or slicing his lovely assistants in half, local musicians provide a soundtrack for the evening. You'll want to snag tickets for his latest and most popular gig, The Naughty Magic Show, which takes place at Dallas' premier burlesque venue, Viva's Lounge; they disappear pretty fast. 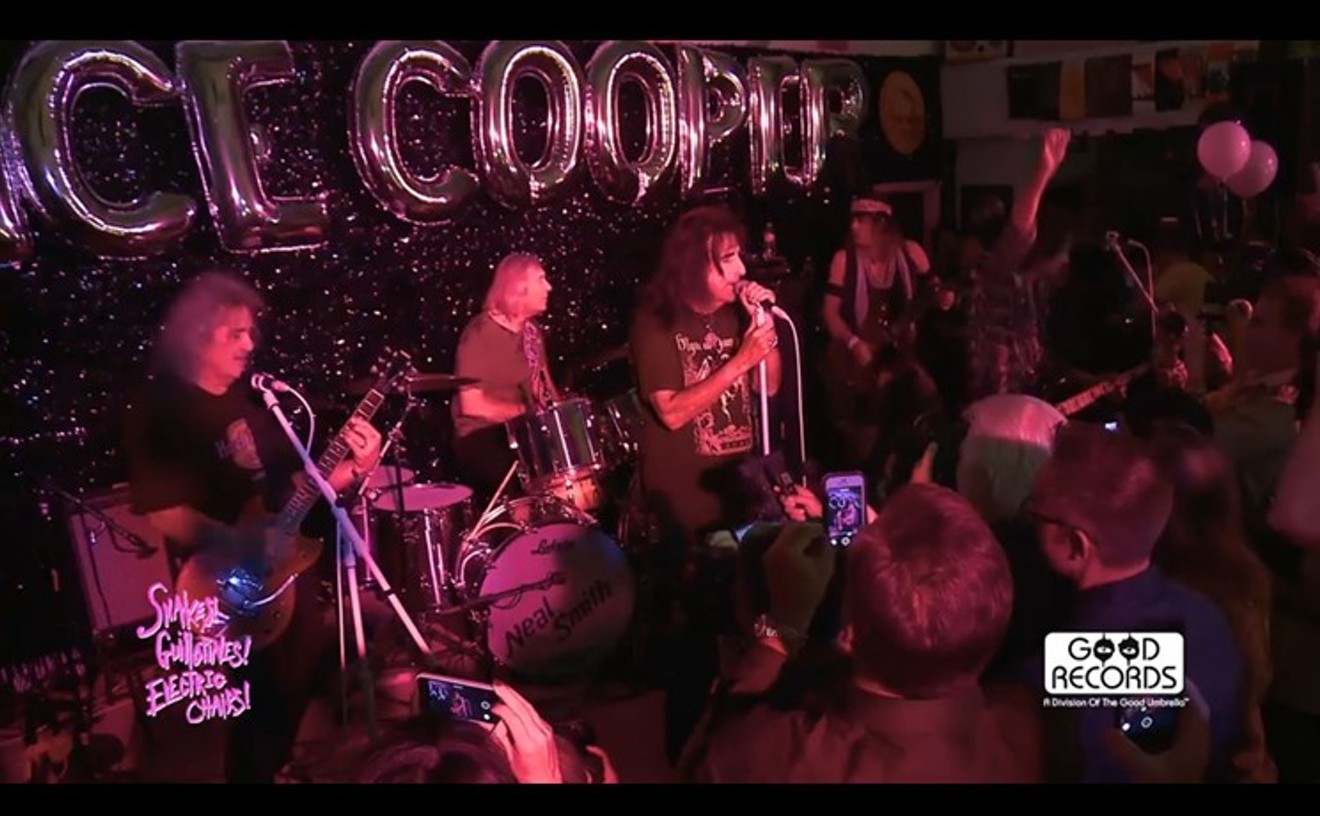 At Good Records, music is always playing, and every day is record store day. But some days also include live musical performances. The Lower Greenville Avenue record store's pink AstroTurf stage, no larger than a midsize kitchen, plays host to national touring acts and local bands alike. A far cry from neighboring music venues' gigs, the Live from the AstroTurf shows offer intimate performances alongside a great selection of vinyl records, CDs, cassette tapes, DVDs and more. Typically, after their sets, the performers hang out near the stage for a bit to chat with the audience, which offers fans the chance to meet and rub elbows with (and often get autographs from) the likes of Alice Cooper and Steve Earle, as well as indie acts such as Matthew Sweet and No Age.

The times, they are a (not really) changing. The past year goose-stepped us further into protest for both sides of the law — especially within the black community. And a T-shirt that spells out "Legalize Being Black" began populating Dallas in 2016, worn by artists and activists alike. Designed by Stem & Thorn owner Jeremy Biggers, the shirt, simple with white letters on black, is a response to modern racism. It's become synonymous with spreading the straightforward idea of equality at a time when it is seemingly nonexistent. Biggers' printed statement is uncomplicated but bold and represents the best of Dallas.

In April, Josey Records drew attention when it announced a book club that didn't involve reading any books. But Hip-Hop Book Club has proven with its monthly discussions of seminal rap albums that reading need not be the defining feature of book clubs. Instead, it's the willingness to dig deeply into a topic and share your thoughts with enthusiastic strangers. Each month, Josey picks a new album and hosts an open forum to discuss what does or doesn't make it a classic, and dozens turn out to participate. Albums discussed so far include Kendrick Lamar's Good Kid, M.A.A.D City, Jay-Z's Reasonable Doubt, Outkast's Aquemini and Kanye West's The College Dropout. Four friends were inspired to found the club by their passionate text message conversations. Kenny Reeves, Terrance Lee, Attah "A.T." Essien and Sobechi "Sobe" Ibekwe lead the conversation, which is organized into four categories: influence, visuals, production and lyrics. Attendees are invited to approach the mic and share their opinions. When the conversation is over, a vinyl copy of the album under discussion isn't far away.