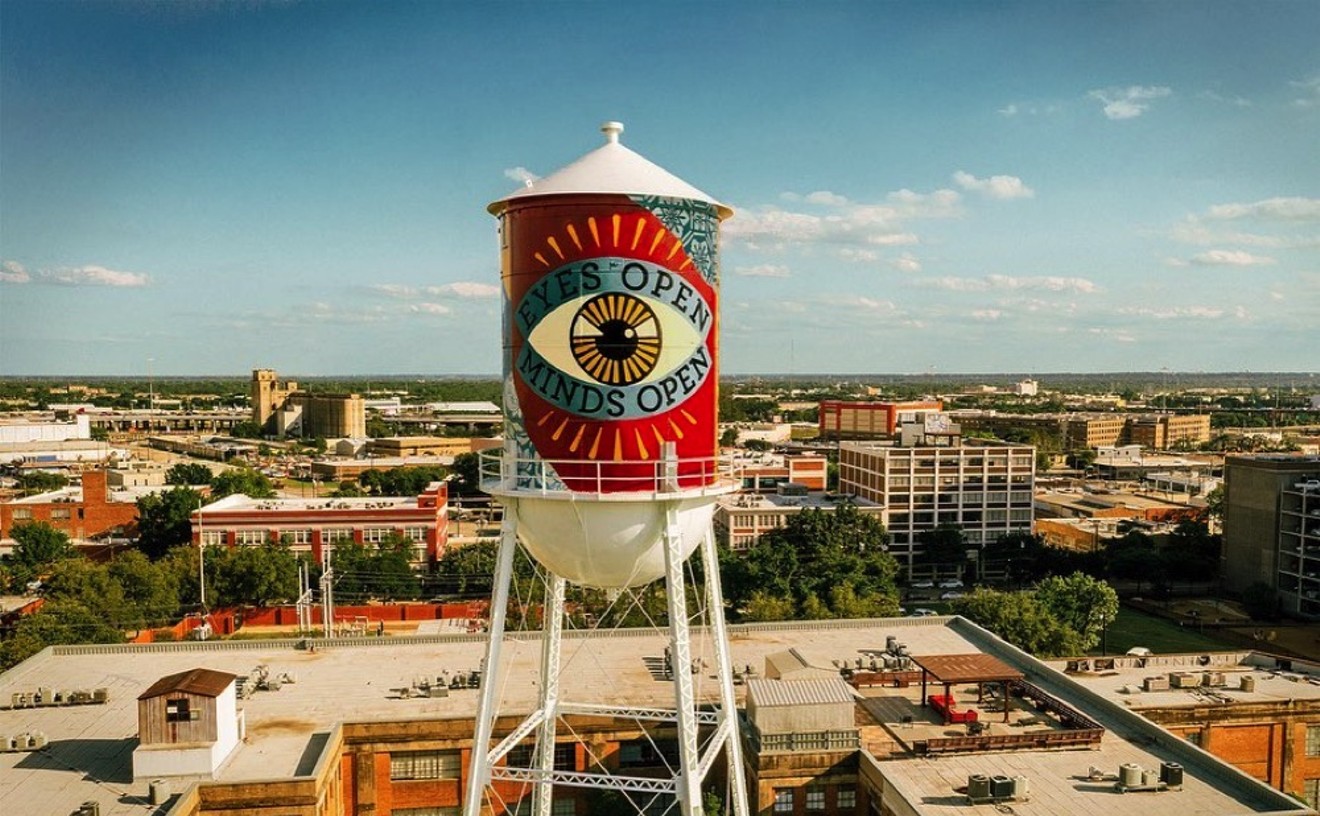 Shepard Fairey, the street artist best known for his red and blue "Hope" poster of former President Barack Obama, has a long history with Dallas as the spot where he began a career as a street artist. Through his collective Obey Giant, Fairey left a gift to the city this year in the form of a mural on a water tower in Deep Ellum. The work, called "Cultivate Harmony," includes that phrase along with the words "Eyes open, minds open," and "Rise above" with a design that includes a peace sign and a giant eye, which must be Dallas' thing now. 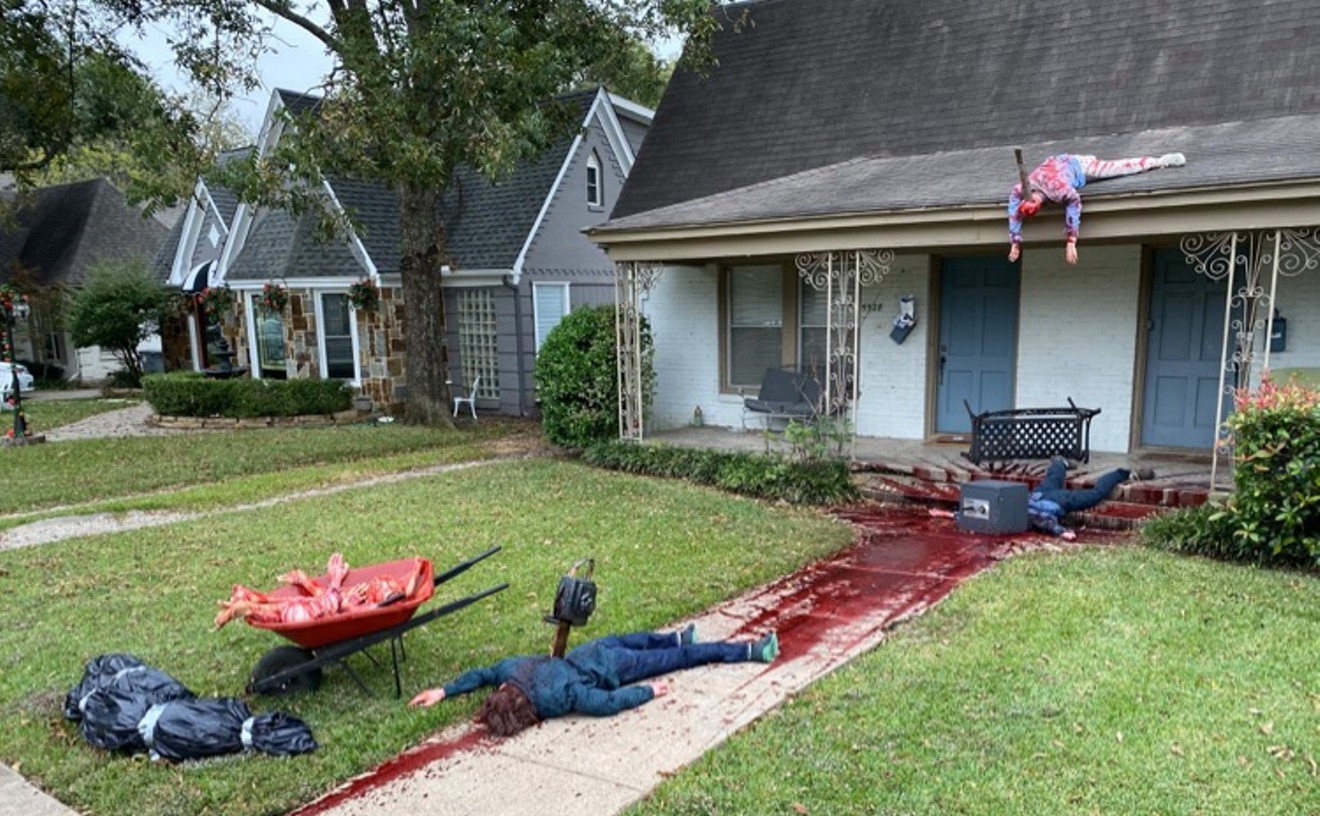 Some people are really into Halloween, but spending thousands of dollars on yard decorations doesn't necessarily make the displays any more creative. Dads, take some notes from artist Steven Novak, whose elaborate Halloween decorations terrified neighbors who called the police over what they believed to be a bloodbath taking place in his East Dallas front yard. The story on Novak's home (which, to brag, we reported first) was covered worldwide, from Newsweek and People to publications in France, Italy, Brazil and Singapore. 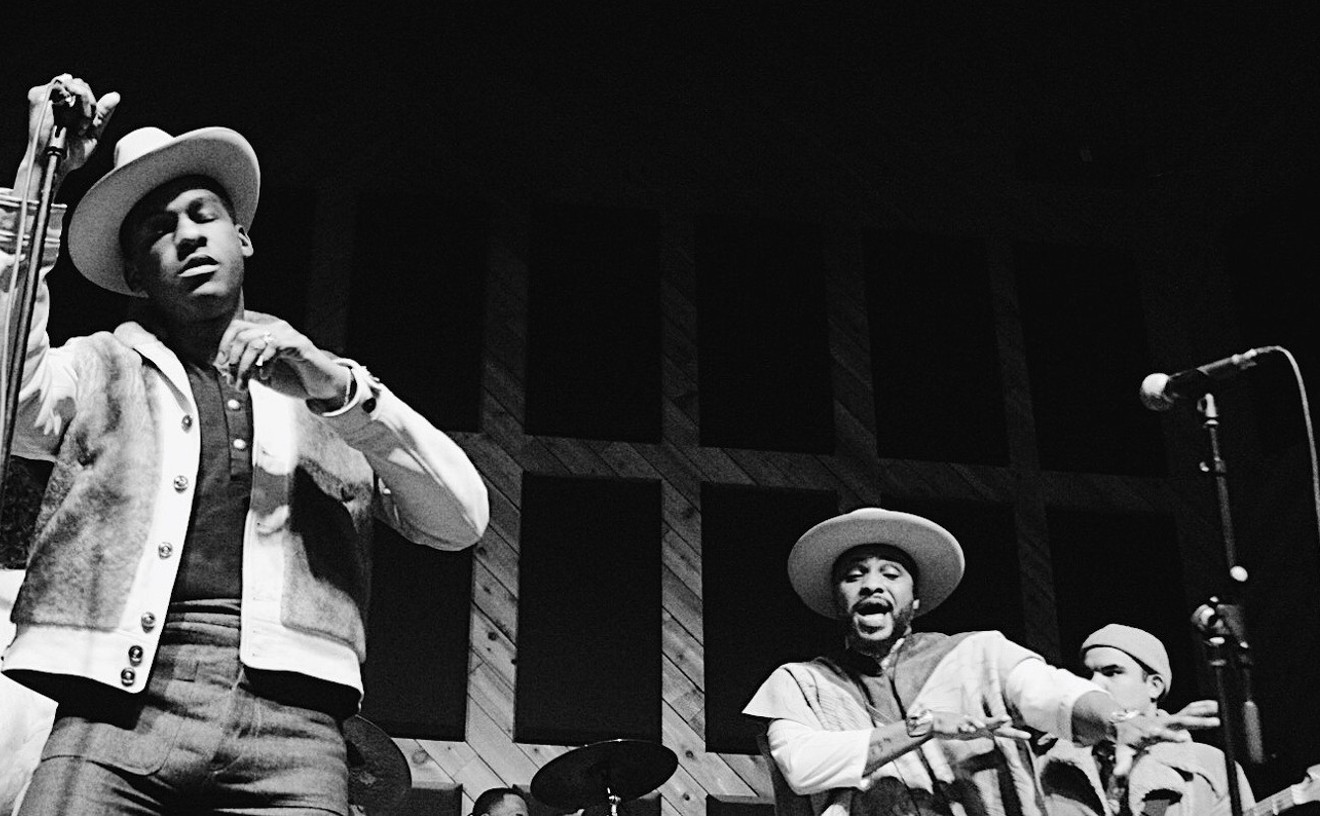 The Dallas Mavericks joined with Dallas' music scene this year to do their part in the fight against racism. Truth to Power is a project started by Jeff "Skin" Wade, commentator for the Mavericks, and Josey Records co-owner Luke Sardello, with whom Wade owns record label Eastwood Records. Along with the Mavericks, the pair recruited every stellar connection in the music scene (including Leon Bridges, Sarah Jaffe and Black Pumas, as well as several local studios) for an album called Truth To Power Project, pressed on a special triple-album vinyl by Hand Drawn Pressing. Sales from the album go to four nonprofits — For Oak Cliff, the Music Forward Foundation, Joppy Momma's Farm, and Young Leaders, Strong City — that work to counter systemic racism.

In early August, a West African banded cobra saw an opportunity to explore the great outdoors when his cage was left unlocked. Since leaving his Grand Prairie home, the highly poisonous reptile has outsmarted animal control time and time again and evaded the 100 traps they put up to catch the fugitive snake. The outlaw is just trying to live its life and stay incognito hiding its 6-foot body from the bad guys trying to lock him up in the suburbs. Meanwhile, he's become an Internet hero with support from many North Texans rooting for his freedom through personal Grand Prairie Cobra accounts created on social media and his thousands of followers on Twitter.

With the influx of new residents in North Texas, it feels like renters are willing to settle for any old closet where we can fit if not a bed, at least our phone chargers. But we still remember the good days of yore when rentals had generous floor plans, and we know a good living space when we see it. Harvest Lofts and its neighboring complex Taylor Lofts are across the street from the Dallas Farmers Market, giving residents an opportunity to shop for fresh produce and local honey on the weekends and an ideal walking distance from Deep Ellum. The complexes have excellent management and customer service. The units offer high ceilings, kitchen islands and amenities such a resident club house with a pool table, a two-story gym and an enormous, luxurious pool with lounge chairs that go into the water and three private cabanas. It may feel like a resort, but the complex is reasonably priced, pet-friendly and quiet. 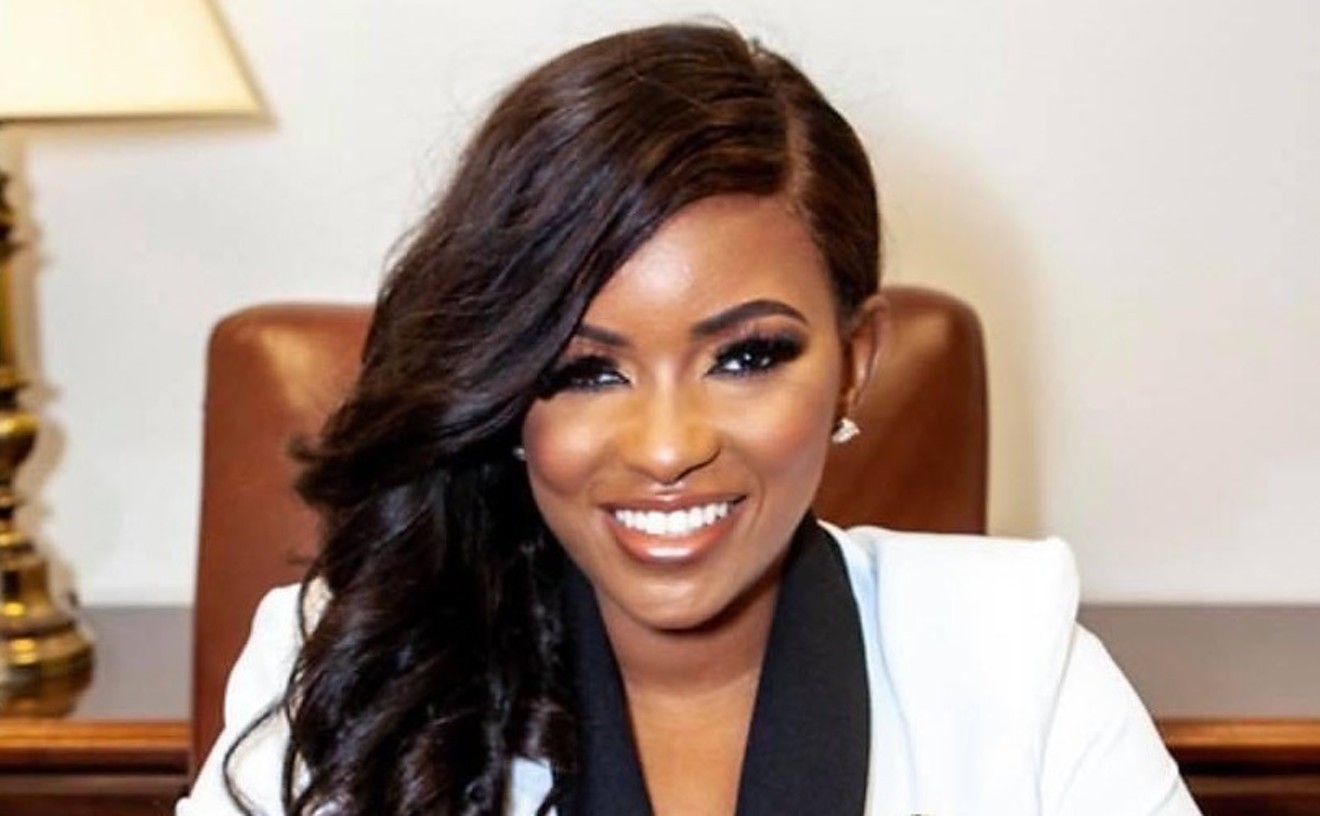 She may be new to the Capitol, but state Rep. Jasmine Crockett is a sharp and skilled orator who is doing Dallas proud through her bold, uncompromising leadership style. Along with dozens of her Democratic colleagues, Crockett fled the state for Washington earlier this summer to block a GOP-backed voting bill. As a civil rights attorney, she wields cold, hard facts and data to support her legislative arguments. 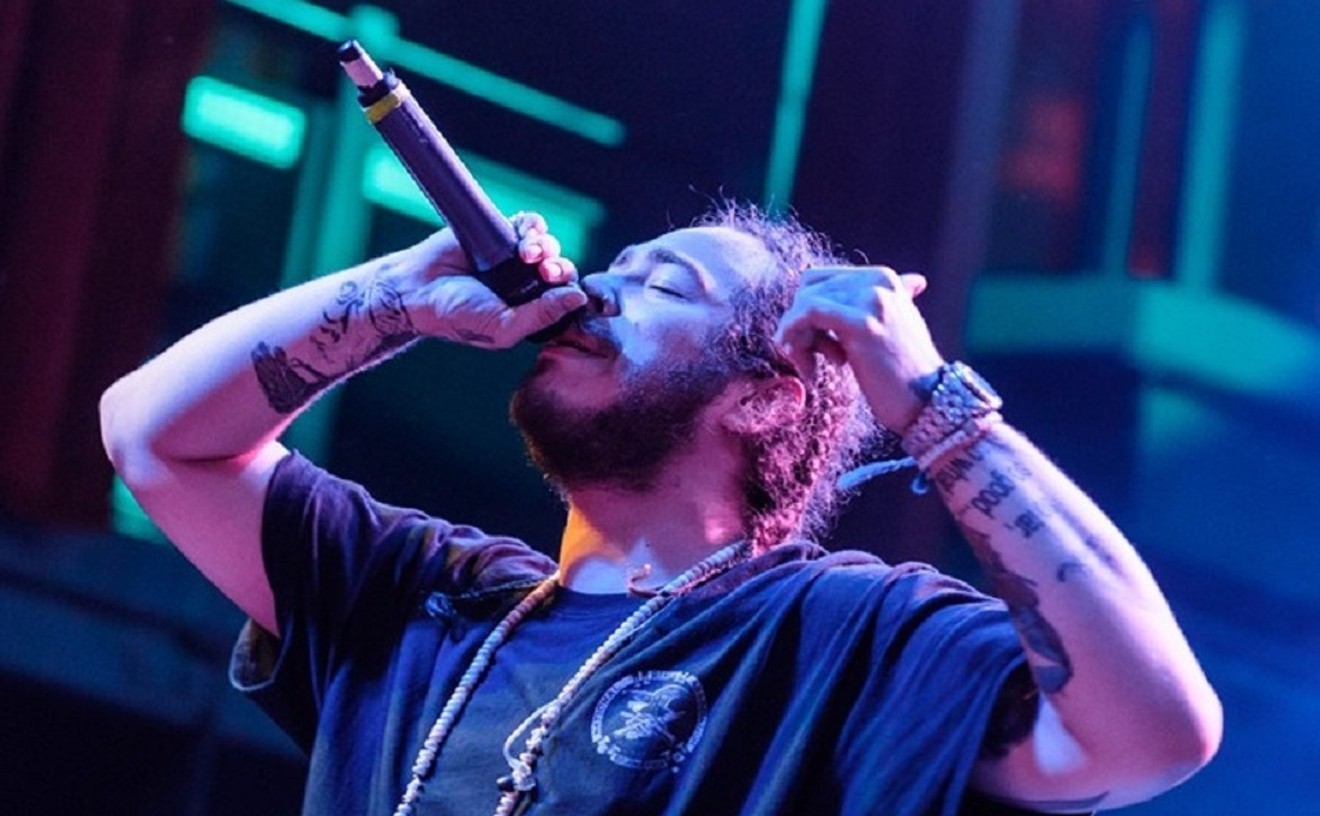 OK, we admit it: We were a bit skeptical when we learned the Grapevine-raised "White Iverson" rapper Post Malone dabbled in country. But our boy pleasantly surprised us when he played a couple of tunes during a March virtual concert hosted by Texas actor Matthew McConaughey. In the livestream, Malone positively nails two covers: "I'm Gonna Miss Her (The Fishin' Song)" by Brad Paisley and Sturgill Simpson's "You Can Have the Crown." Honestly, the dude's as gifted a country crooner as he is a rapper, and he's a badass guitarist, too. Posty better giddy-up and record a country album.

Almost one year after announcing their closure amid the COVID-19 pandemic, Free Play Denton rises again, this time at a much better location (though not necessarily so for parking). The bar/arcade takes the place of the old Abbey Inn building on Denton's downtown square. An opening date has not been set as of press time, but owner Corey Hyden has updated fans of the extensive building renovations underway and what folks can expect, including the addition of a kitchen. Having one of the best beer and arcade game selections in town, Free Play Denton's reopening gives gamers something to look forward to. 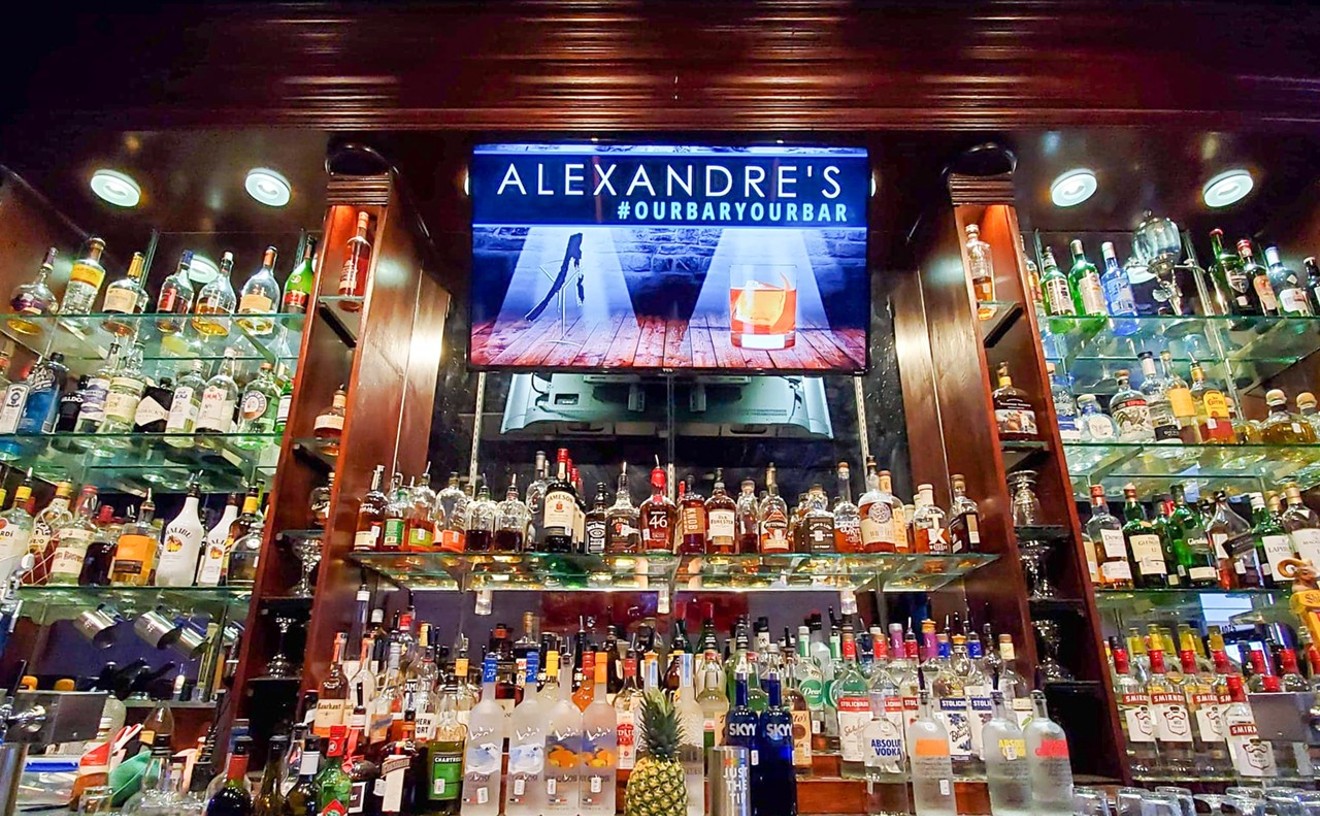 After a 14-month closure, Alexandre's returned in May, kicking off Derby Day with refreshing mint juleps. These are just one of many craft cocktails on a robust menu curated by owner Lee Daugherty. Music videos from the '80s, '90s, the aughts and today play on multiple television screens, and guests can chat at lowly lit, intimate booths or at the long bar. Alexandre's has weekly series of live music, karaoke, and watch parties for sporting and political events. Soon, guests can enjoy food as Alexandre's expands into the abandoned doughnut shop next door. This semi-hidden gem of a watering hole truly encapsulates the inclusive spirit of the LGBTQ+ community.

Who would've guessed we'd find a natural waterfall in Frisco? Or a house made entirely of pink decor in Dallas? Or a coffee shop devoted to Harry Potter? TikTok user @mycurlyadventures has an eye for must-go spots all throughout Texas. She's even put together a guide to 50 different trips you can take throughout the state, all of which are under $50. Traveling may be difficult right now, given we're still in the midst of a pandemic, but @mycurlyadventures' feed shows us that some of the best spots are just a quick drive away.