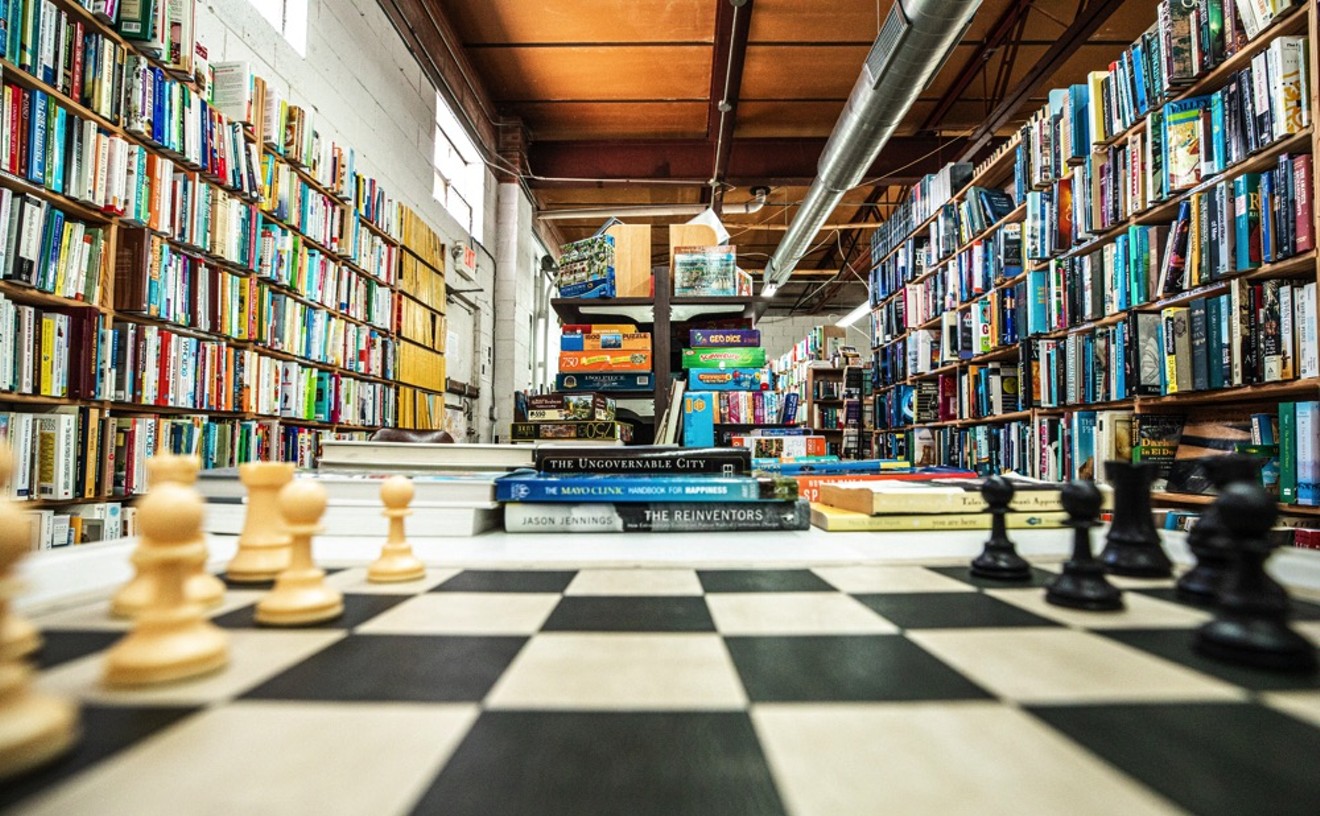 From The Joy of Gay Sex, to Collected Poems of T.S. Eliot, to Gravity's Rainbow, to Capital: Volume One, you can find any and every title at Lucky Dog Books. The seemingly umpteenth new location of Lucky Dog, which husband-and-wife co-owners John and Marquetta Tilton founded as Paperbacks Plus in Mesquite in 1974, the Garland Road store just keeps going — rooms of literary fiction and kid's books open off into rooms of genre fiction; halls of vinyl empty into more rooms of spiritual texts, history books and sex manuals. Lose yourself for hours in the stacks; if you're lucky, you might just find one of the many vintage books sprinkled among the volumes. 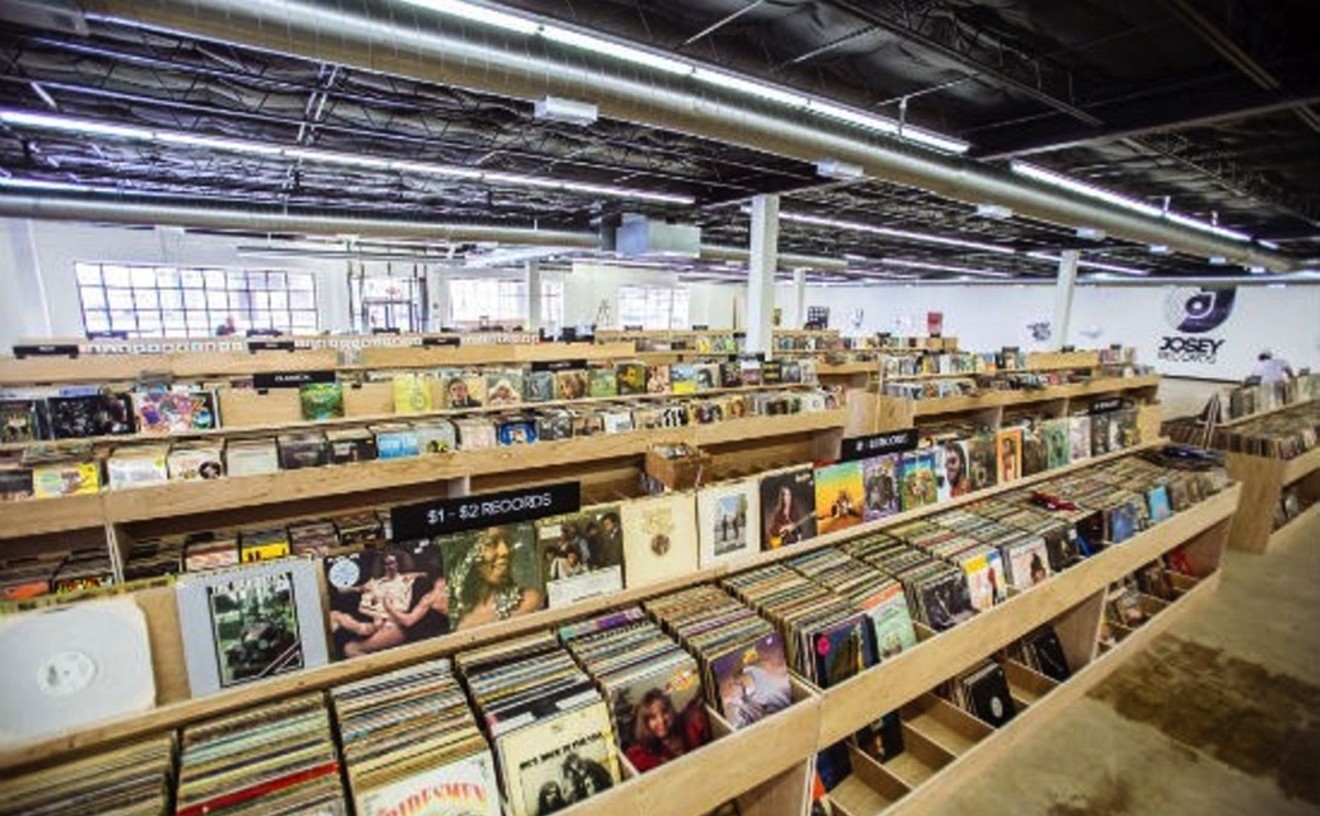 This is a colorful collector's oasis and crate-digger's dream come true that's also a fantastic spot for younger music fans and new collectors to hangout as well. Row after row of new releases and used vinyl, 45s, cassette tapes and compact discs, as well as turntables, slipmats, speakers, T-shirts, buttons, bumper stickers and more, make it easy to lose track of time at Josey Records. Opening in 2014 at 15,000 square feet, Josey Records has since expanded to 25,000 square feet of retail space making it the biggest record store in Texas and one of the largest in the U.S. Also, in a move that brought peace to many collectors, Josey's owners acquired Bill's Records online store and the contents of Bill Wisener's Lamar Street store after Wisener died in January 2020. If they don't have it in their bins, they promise to "make an honest effort to find it or special order it for you."

Best Shop to Get Metaphysical 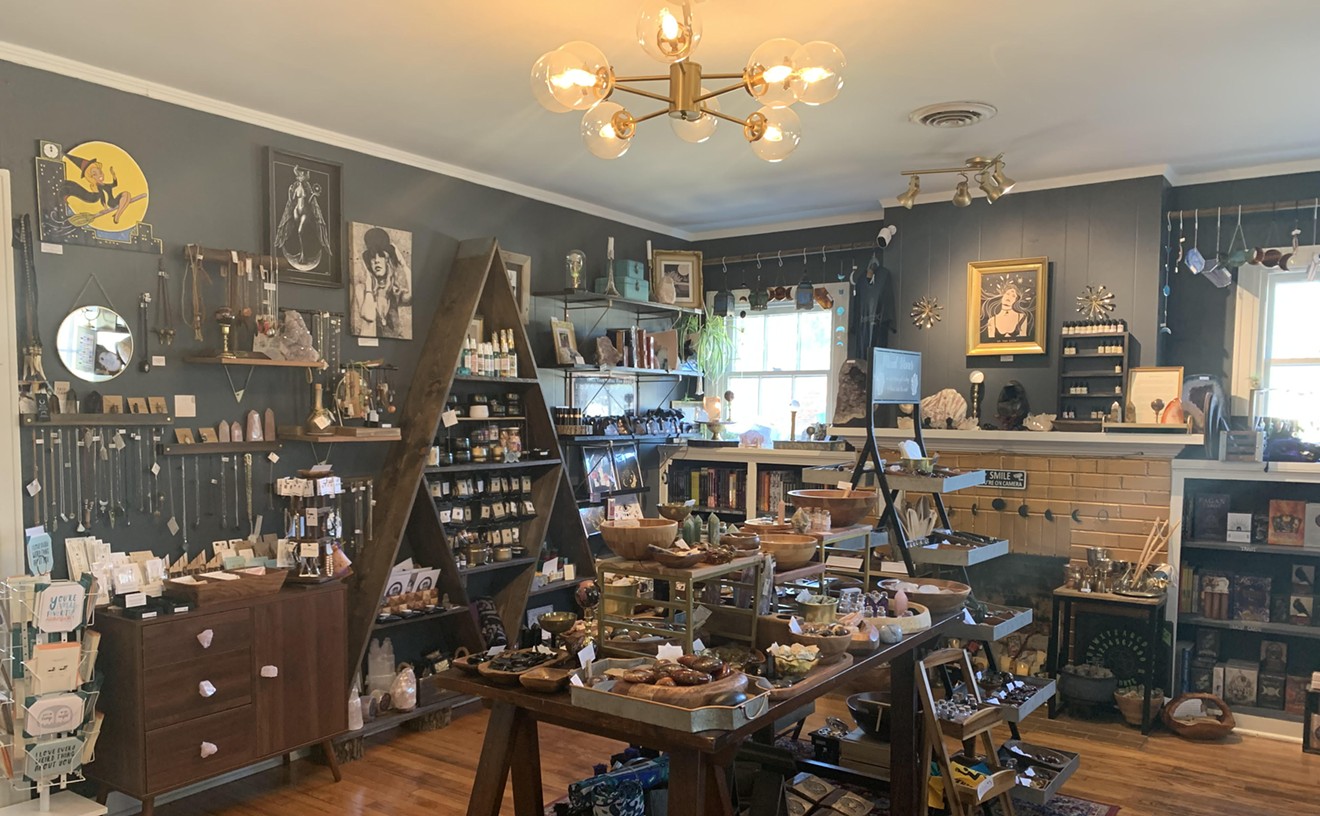 The past year has been tough on everyone, but luckily, it also saw the arrival of Denton's most enchanted boutique. Bewitched Denton is a metaphysical paradise where spiritually inclined North Texans can select books, jewelry, candles and sparkling crystals to ramp up their ritual game. Need to work on your tarot card-reading skills? No problem. Grab yourself a new deck and get rollin'. This is the perfect spot to buy a gift for your woo-woo friend, and you'll be supporting an LGBTQ+-friendly business when you do. Trust us when we say Bewitched Denton is the black cat's meow. 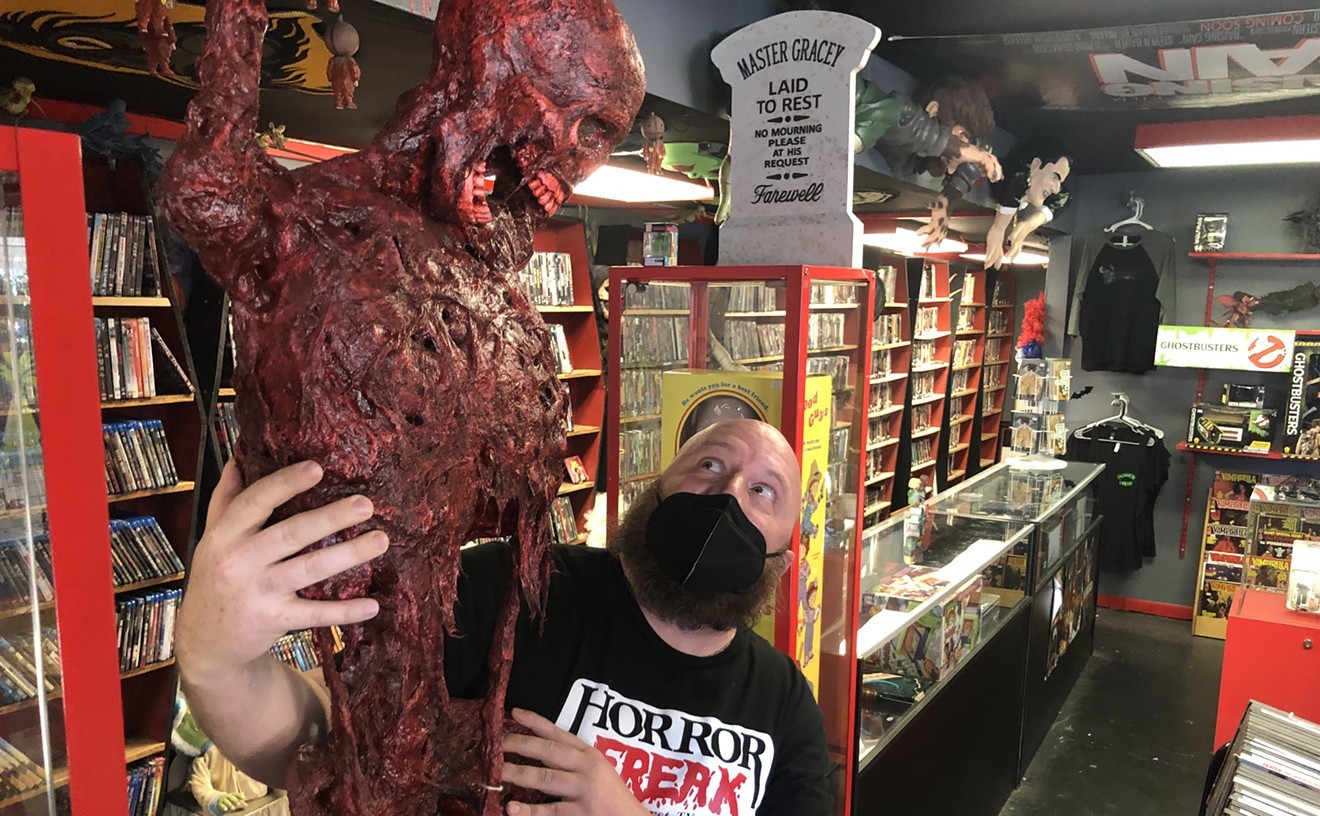 Nestled in the darkest part of Bedford's Retro Plaza lies something horrible, macabre and awesome. The Horror Freak store houses one of the most most impressive collection of horror collectibles. Founder Eric Dallof has been collecting stuff that scares, creeps and chills humanity's nerves since he was a kid; the shop may not have the floorspace of a Spirit Halloween, but he's amassed a much cooler collection. Horror Freak offers new and used horror movies and shows on DVD, Blu-Ray, VHS and those giant, heavy, plastic laserdiscs. He's got every kind of collectibles a horror hound could want like ultra rare action figure of hometown horror hero Joe Bob Briggs, original horror art from local artists, prints of classic horror comics and just about anything your twisted mind can conjure. If you dare to venture to the back of the store, you'll find Dallof's impressive collection of horrific tchotchkes like preserved bat skeleton specimens. If it makes weaker men and women shut their eyes, chances are that Horror Freak has it.

Air Raid cartridge for the Atari 2600 at Goodwill

Thrift store shopping is already addicting, but when a video game cartridge worth $10,000 pops up at one of them, you'll need heavy chains and a crane to pull us away from them. Alex Juarez, an e-commerce item processor for Goodwill North Central Texas, came across an ultra rare copy of the Atari 2600 game Air Raid in a donation bin and immediately recognized the valuable item as gamer gold. The game is a classic shoot 'em up but its T-shaped cartridge makes it more recognizable than Pac-Man. Goodwill put the item up for a special sale on its website and it sold for more than $10,500, which is still a bargain, as other copies have sold as much as $30,000 per cartridge. The cartridge's new owner is unknown but the money they used to purchase it went to a worthy cause that provides housing services for the disabled, job placement for the homeless and education opportunities for at-risk youth. 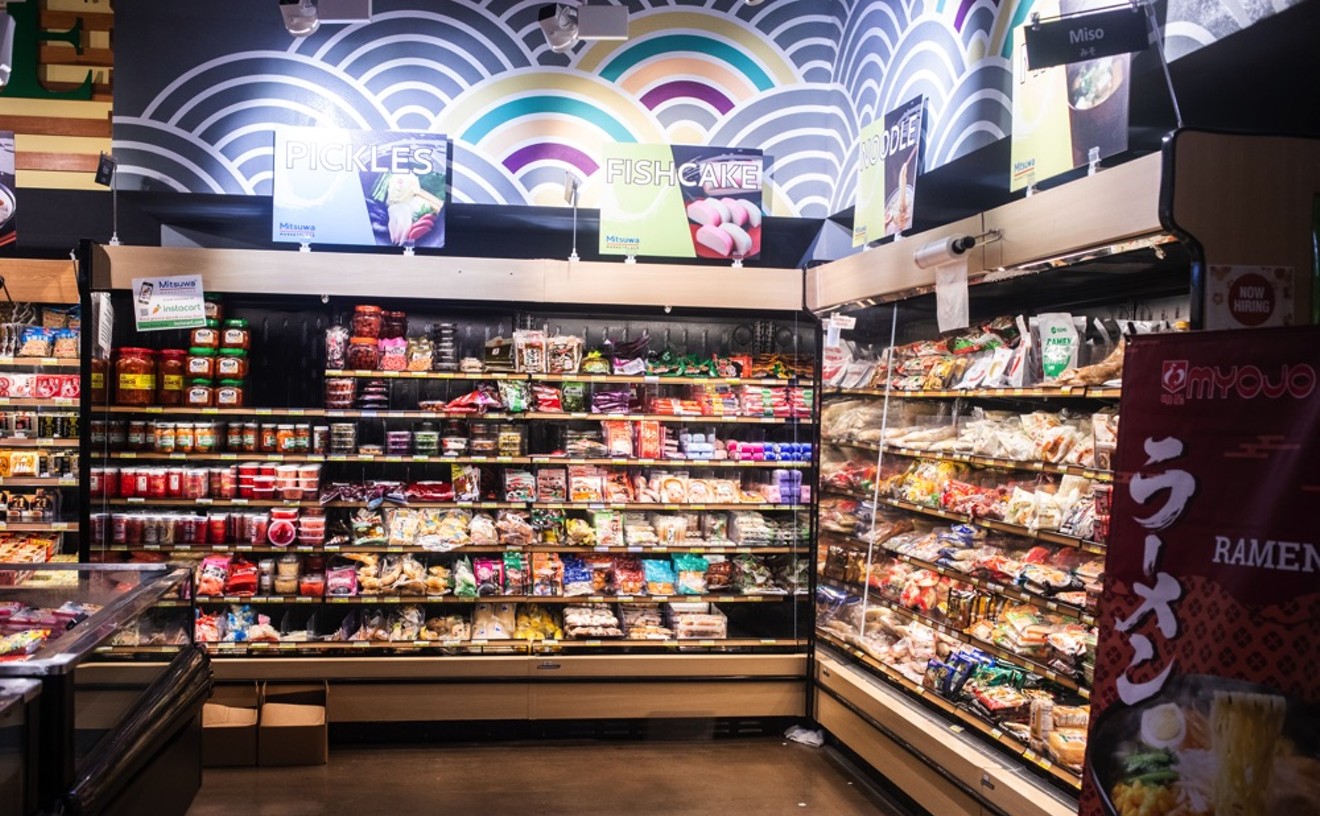 If you're dying to visit Tokyo just for the shopping experience, this is as close as it gets. Mitsuwa is a grocery store that only carries Japanese products, from soda and candy to diapers. They also have an impressive assortment of toys by Sanrio and other brands, including a Studio Ghibli section. A visit to the market makes for a complete outing; you can get a matcha or prepared meal and sit at one of Mitsuwa's many tables, let kids ride in those awesome baby-sized shopping carts or try to catch a toy on the claw machines. If your knowledge of Japanese food is limited to ramen and sushi, it'll open your eyes to a new world of flavors — though they have plenty of those, too, if you want to stick to what you know. 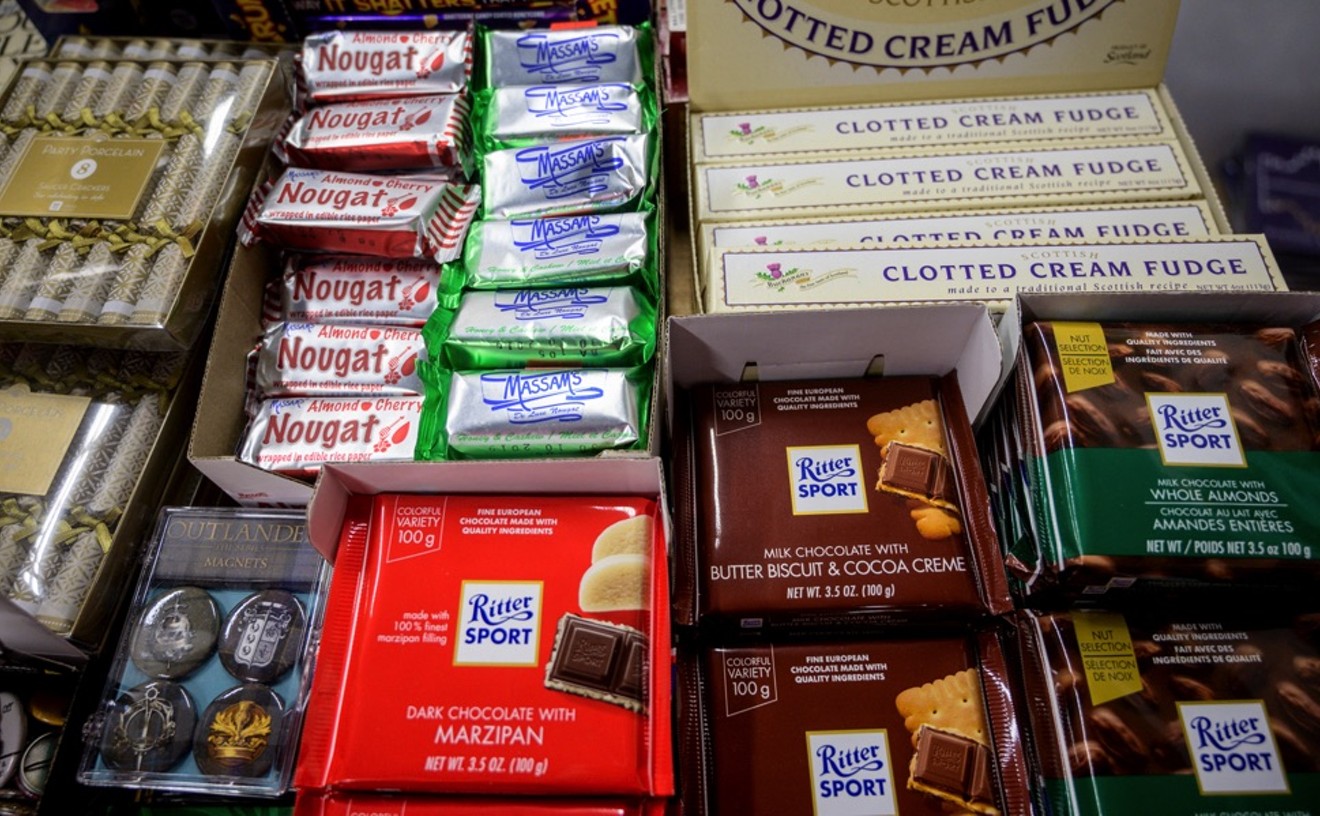 There's a meritless old rumor that English food is as sad as that nation's weather. Sure, some of it seems barbaric and Sweeny Todd-ish (like blood sausage black pudding and those dumplings with chicken feet, talons and all), but these are countered by dishes like fish and chips (bathed in vinegar), bangers and mash, cakes with custard and whatever "pudding" made our mouths water during The Great British Bake Off. Since 1992, downtown Grapevine has held a treasure spot for expats and Anglophiles with the British Emporium, a store devoted to British foods and Harry Potter and Downton Abbey merchandise. Emporium will have you reconsidering your patriotism as soon as you try the candy (pardon, "the sweets"), such as anything Cadbury's or the classic Lion Bar. Other British-favored offerings are Twinings teas, Jaffa cakes, frozen foods such as sausage rolls, the questionable, acquired-taste food spread Marmite and the decidedly non-questionable pickled-flavored onion ring chips. We fancy a cuppa everything. 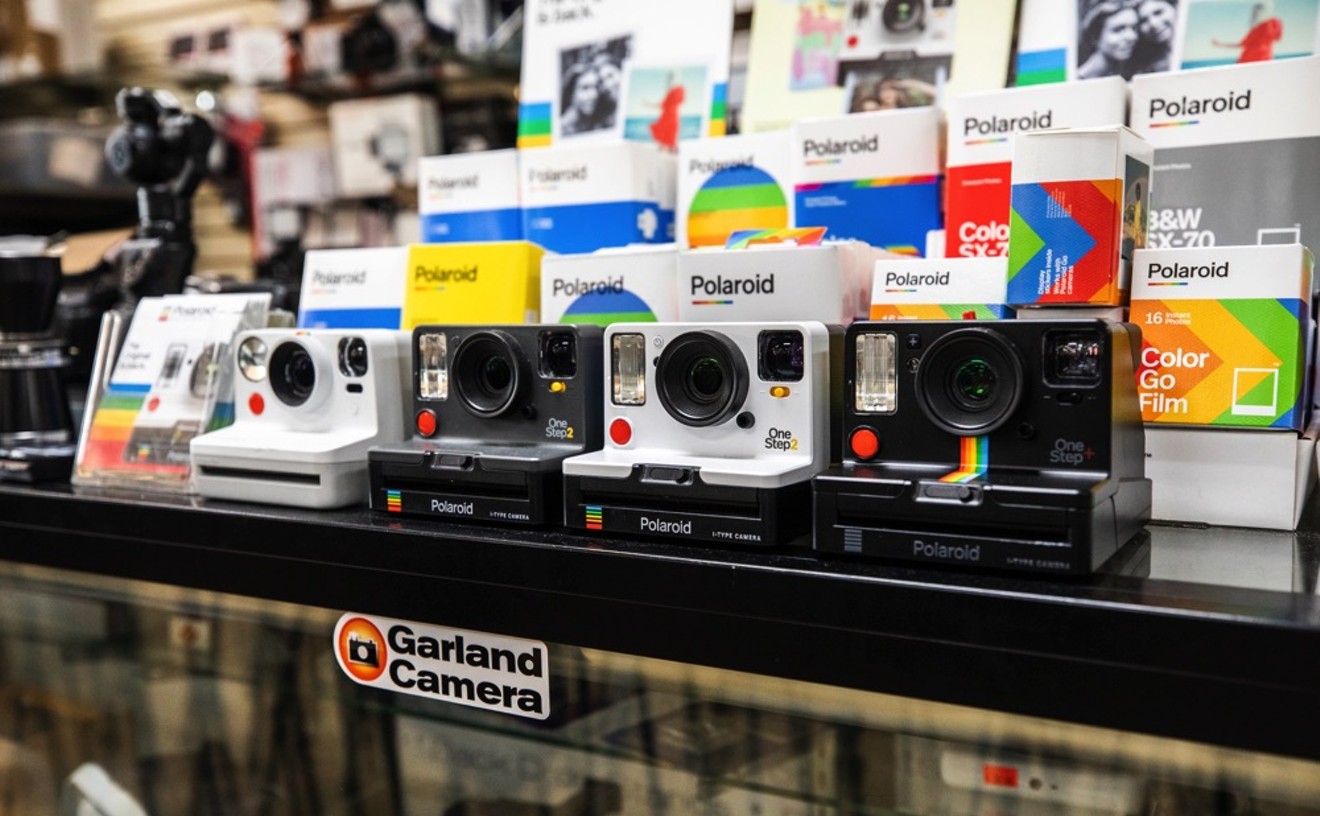 More than just a typical camera shop offering cameras and lenses, Garland Camera also offers service and repair for modern digital and vintage film cameras, and lenses and flashes along with experienced technicians who can do everything from complete simple sensor cleanings to major repairs. Their photo lab offers rock-bottom pricing for film developing and printing services with development only or develop and scan rates, as well as print enlargements from digital image files, 35mm negatives, and 120 and 220 film, slides and existing prints on a range of papers (matte, glossy, luster and fine art paper). Whether a seasoned shooter or a hobbyist just starting out, Garland Camera offers customers a one-stop shop that stocks digital and film cameras, film photography and darkroom supplies, studio lighting, lighting modifiers and other studio supplies, a fantastic selection of replacement quick release plates for tripods and monopods, and a wide selection of simple-use and single-use point-and-shoot film cameras, as well as instant film and new and used Polaroid cameras. 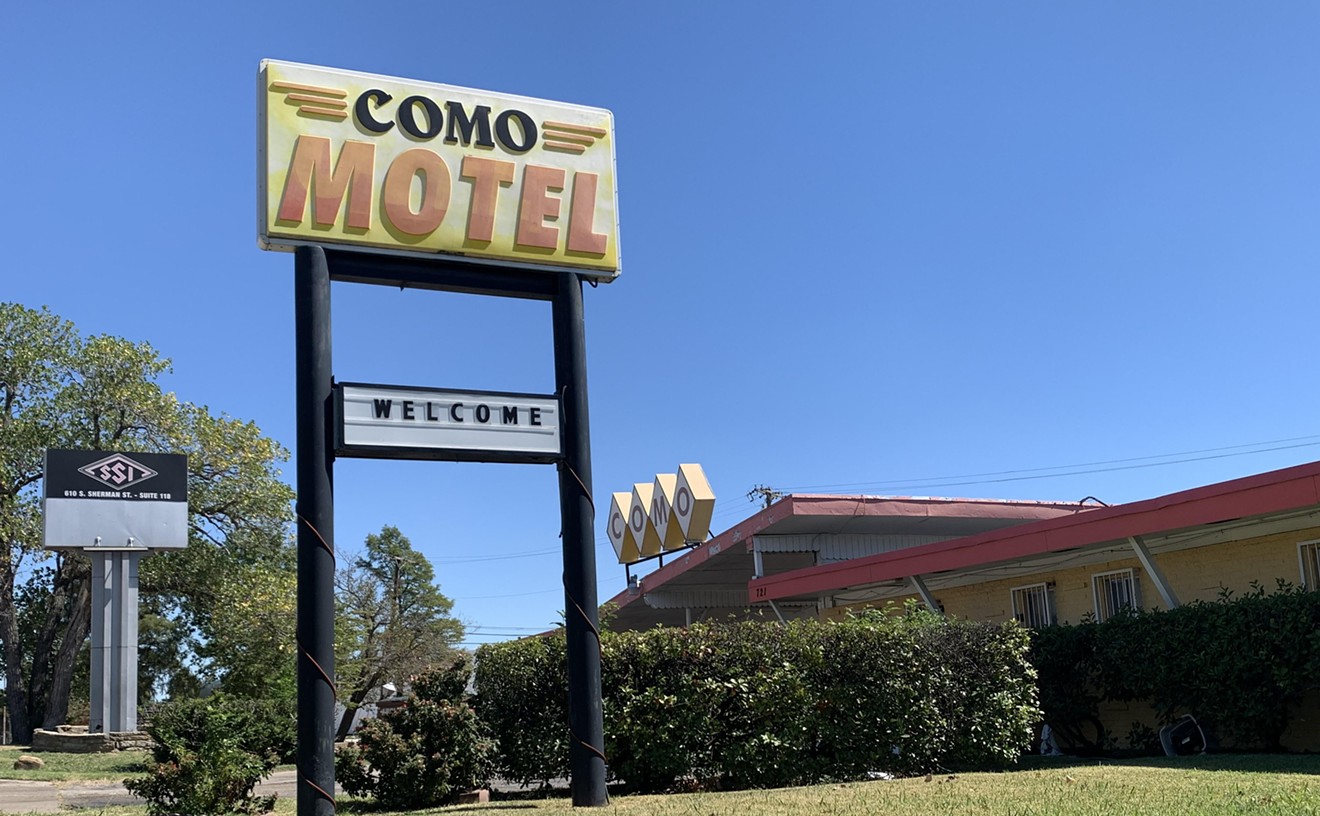 Conveniently located off U.S. 75 a few minutes north of Dallas, the Como Motel has been around for a long time, possibly forever. The rooms are about 10-by-10, but you can't beat the charm of an old motel around which countless numbers of affairs have surely been centered. In the suburban sprawl all around the motel are plenty of restaurants and bars you can hit up when you've had your fill of television or whatever else, and the Como's yellow-and-red block sign will make sure you don't miss the motel on your way back.

Books, DVDs, toys and sexy apparel, Paris Adult Book Store has everything you need to spice up your night. Open 24/7, Paris offers a variety of gear, lingerie and equipment to fulfill your needs. Need to sneak away for a bit? Their arcade room is available for only $10 per person, so you can catch an adult film at any time of the day. Plus, Paris is always having great sales and is LGBTQ+ friendly.